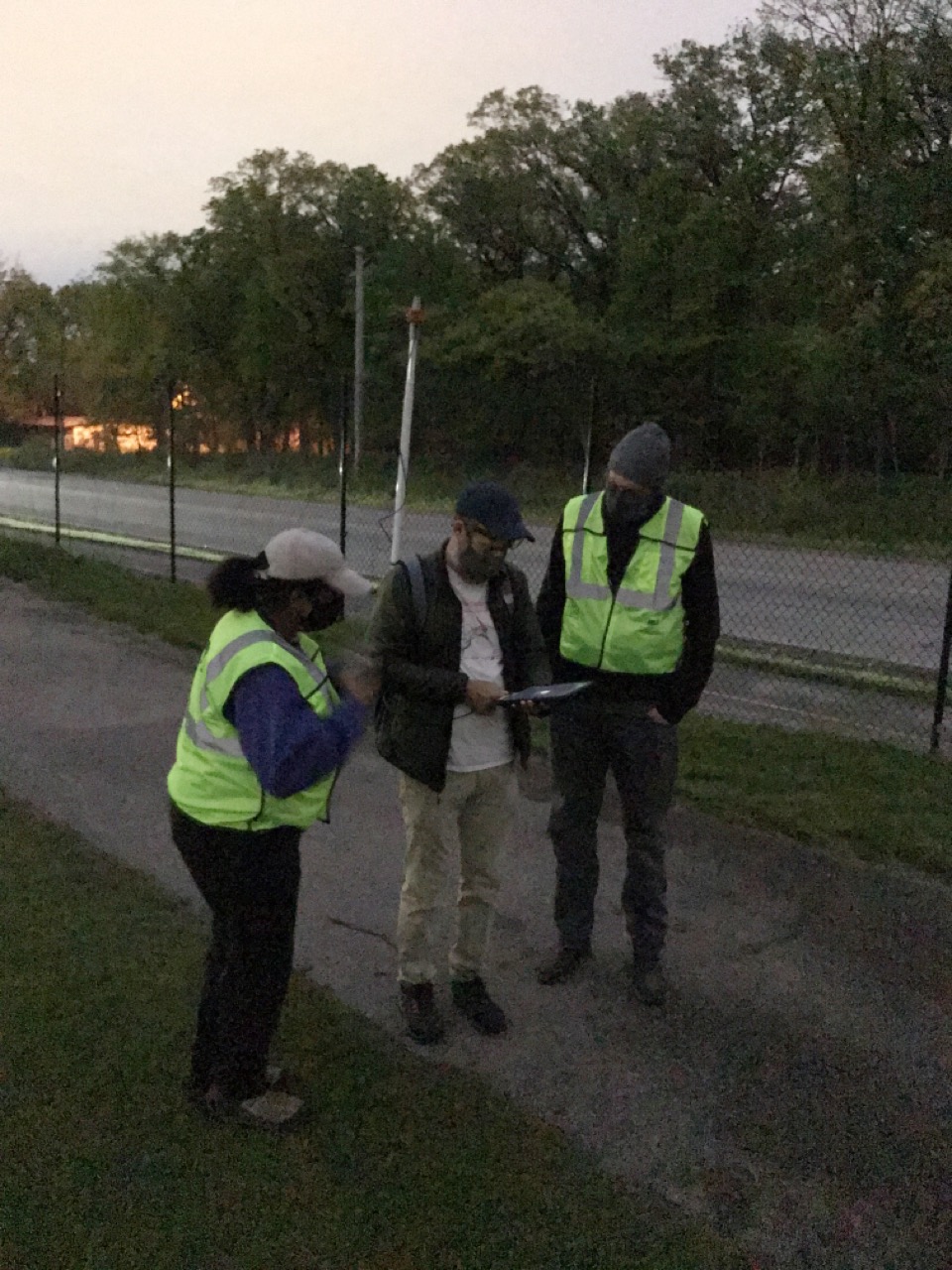 "Sometimes people do not have a favorable view of bats. Just a little knowledge can change that. I think I like to root for underdogs and right now I am rooting for bats," shared Luke Albrecht, an acoustic bat monitor for Friends.

To better understand the presence of bats in our area, Friends has been monitoring the species since 2018. Beginning with three locations and now at five, we cover different habitat types in locations along the North Shore Channel in Evanston, in and surrounding LaBagh Woods on Chicago's northwest side, Gensburg-Markham Prairie in Markham, Joe Louis "The Champ" Golf Course in Riverdale, and beginning this year, Big Marsh Park in southeast Chicago.

Volunteers use a specialized microphone called an Echo Meter which can capture bats’ ultrasonic calls, not audible to humans, and record them to an application on an iPad. The app shows the visualization of the bat call as a spectrogram. And because bats have different calls (think of birds having different songs), presence or absence of a particular species can be determined with high certainty with software analysis.

"The anticipation of which bat species we will record on a night is exciting; the walk is peaceful," said June Webb, who along with Luke Albrecht and Chris Weber, monitors at the three sites in the Calumet Region: Gensburg-Markham Prairie, Joe Louis "The Champ" Golf Course, and Big Marsh Park. 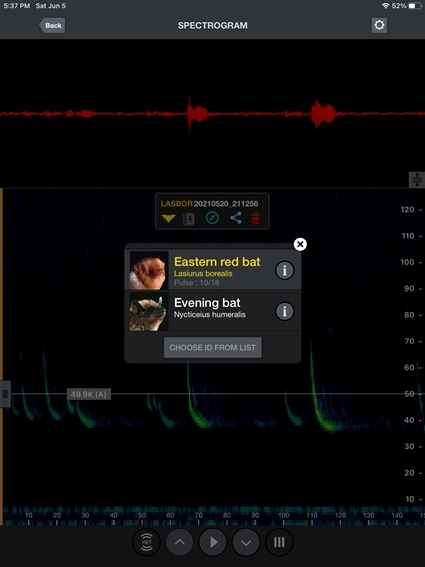 The visualization of a bat call, likely to be an Eastern red bat

Webb says, "The Calumet Region is deserving of recognition and interest. It is a great place to do research and to volunteer." And she's right. The Joe Louis Golf Course in Riverdale has had the highest number, six out of eight bat species, of all the locations monitored by Friends.

While this research benefits our understanding of bats it also helps to put a spotlight on places not necessarily regarded as habitat. "Joe Louis Golf Course is popular for golfing during the day, but very quiet at night; it is a great place to monitor bats," explained Webb.  "It is funny, but we are only on the course at night. I hope to walk the course during the daylight, during the off-season."

Volunteer bat monitors help scientists keep tabs on the bats. Producing data that identifies dramatic population change is a reason why this type of community science is so valuable. By monitoring over the years we can establish a baseline for the presence of species and note when we don't detect them, or in the case of the little brown bat and Northern long-eared bat, hope to share a comeback if we detect them at all locations in the future. Weber shares this anticipation, “I love finding out the results at the end of the season—did we see a new bat?”

An often undervalued and misunderstood species, taking a look at how bats are doing can give scientists and advocates data that can also indicate the overall health of our ecosystem.

Says Albrecht, "Bats can tell us about what is going on in the natural world around us. I really think it is all connected and people need to pay attention to what is happening to the natural world."

Friends thanks June, Chris, and Luke for all their efforts monitoring in the Calumet Region. We also thank the Urban Wildlife Institute at the Lincoln Park Zoo for their analysis of our bat recordings each season. Special mention to the Forest Preserves of Cook County, The Nature Conservancy, Northeastern Illinois University, and the Chicago Park District for their partnership in allowing our community scientists access to their properties for this data collection.  Friends' executive director, Margaret Frisbie, and director of policy and conservation, John Quail, are also volunteer bat monitors.