25,000 More Catfish Released into the River 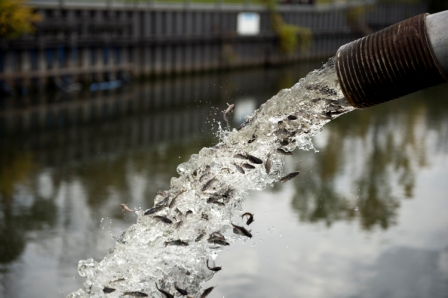 An exciting part of the river's restoration , the project is centered around the installation of 400 constructed channel catfish nesting cavities at eight locations ranging from the North Shore Channel to the Little Calumet River which will help this critical species repopulate the system after years of degradation limited its breeding success.  Another 30,000 catfish were released in June and 45,000 will be released next year.