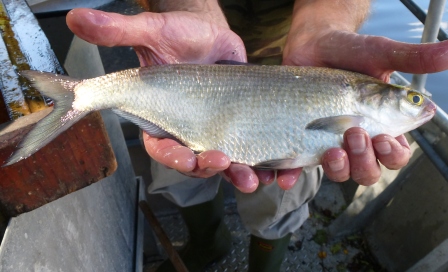 "It will enable us to provide structural complexity, spawning habitat, food resources, and refuge for fish and macroinvertebrates  downtown where development over a century ago eliminated natural banks and associated habitat. With this grant, now we can replace with it with structures to replicate that mission system," she said.

In 2013 the Chi-Cal Rivers Fund awarded Friends $300,000 for channel catfish habitat and Friends was included in a nearly $300,000 grant at the same time. Known as Centennial Volunteers, Friends is working work to restore 114 acres along the river with volunteers in partnership with Friends of the Forest Preserves, Audubon-Chicago Region, and the Forest Preserves of Cook County.