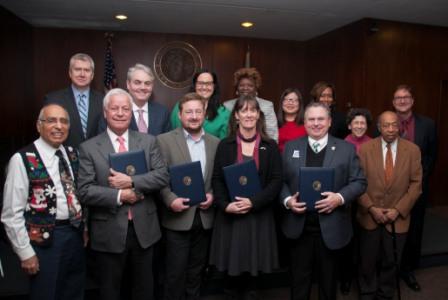 At the dedication Thursday, Friends’ executive director Margaret Frisbie exhorted “all of our government partners to take the District’s water conservation challenge through every measure possible, including using smart technologies like water-reducing urinals and promoting Overflow Action Days. If we all work together, we can protect clean water and reduce flooding and pollution to the river.”

The project, which was championed by President Spyropoulos, is supported by Local 130 Plumbers Union, Sierra Club of Illinois, and Friends of the Chicago River.