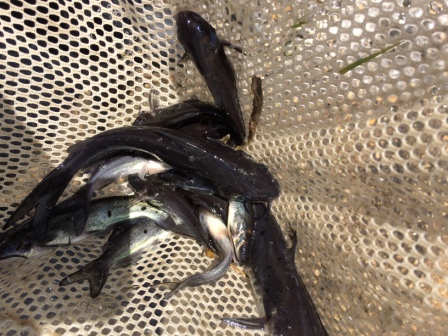 The catfish, which are native and should be in the river system in greater numbers now that water quality has improved, will populate the 400 channel catfish nesting cavities Friends and IDNR designed and installed in the river in 2014 and 2015 to mimic habitat that would have occurred more frequently in an undisturbed channel.  Funds were provided through the Chi-Cal Rivers Fund.