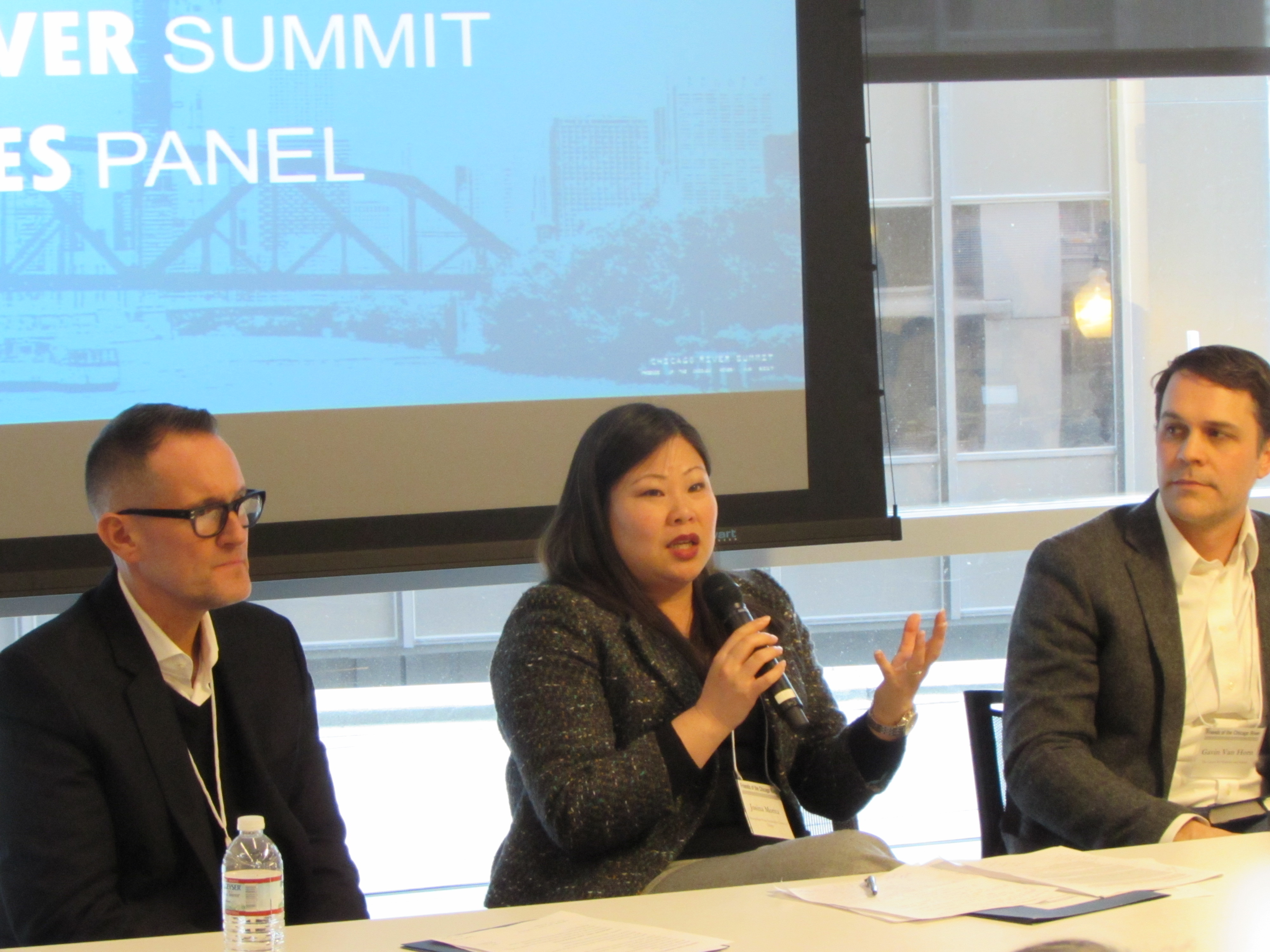 A Possibilities Panel followed, moderated by Elizabeth Bracket of WTTW and featuring Margaret Frisbie (Friends of the Chicago River), MWRD Commissioner Josina Morita, Gavin Van Horn (Center for Humans and Nature), and Richard Wilson (Adrian Smith + Gordon Gill Architecture). This inspiring half-day event provided a forum for understanding the history and renaissance of the Chicago River system, while offering examples of successes in other cities and practical steps for advocacy. Q&As after each session enabled attendees to deepen their awareness and interact with a diverse community of river supporters.

As today's Chicago Sun-Times and DNAinfo articles explain, swimming in our river system is not so far away!