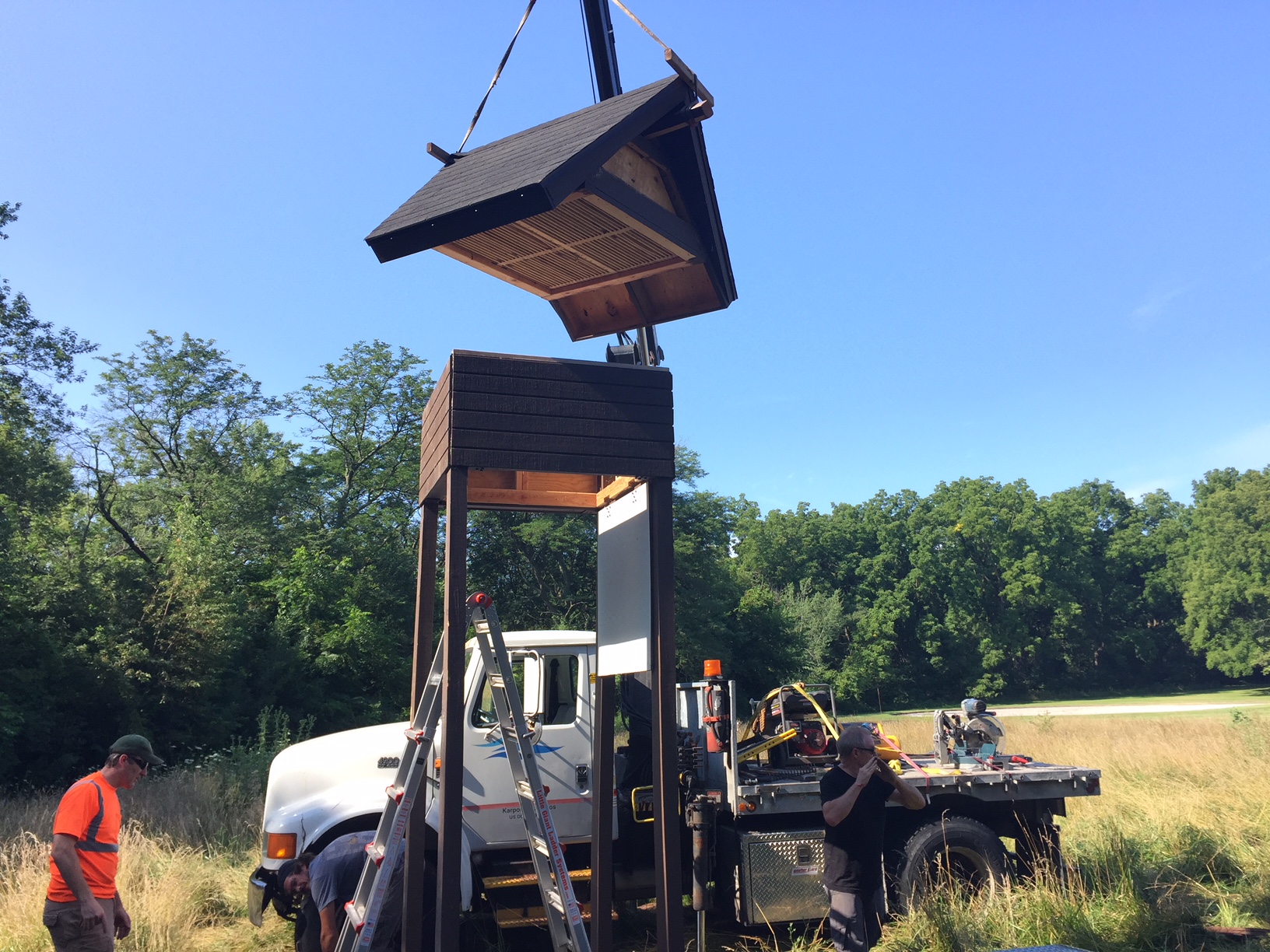 Friends of the Chicago River, in partnership with the Cook County Forest Preserves, has installed its sixth bat shelter, a kind of nursery on 12-foot-tall stilts large enough for thousands of bats and their pups.

The 4 foot by 4 foot shelter, which looks like a windowless and doorless dog house, was lifted by crane onto its platform at Joe Orr Woods in Chicago Heights on Wednesday Aug. 1.

Bats enter through slits near the nursery’s roofline. Painted brown, the houses are positioned in areas exposed to the sun so that the shelters heat up in the summer.  The heat is preferred by bats and their offspring.

The bats most often found in the Chicago area, big brown and little brown, are voracious insect eaters. (One half-ounce little brown bat can eat half its body weight in bugs each night.) The likelihood of insects near rivers makes building colonies near waterways ideal.

“Bats have limited habitat areas. These houses provide a place for bats to roost and raise their young in hopes of ensuring future generations in our area," said Maggie Jones, Conservation Programs Specialist for Friends of the Chicago River. The bat houses, sometimes called “bat condos,” can shelter as many as 2,000 bats, said Jones.

The bat houses are made in Pennsylvania. The Joe Orr location is near Thorn Creek, a tributary of the Little Calumet River.

Friends has been installing bat houses in partnership with the Cook County Forest Preserves in the area since 2015.

Below are some more photos from the installation and another video explaining why Friends cares about bats. 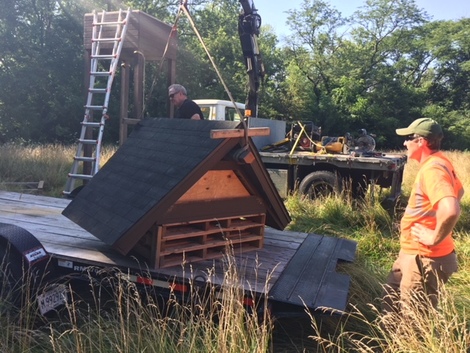 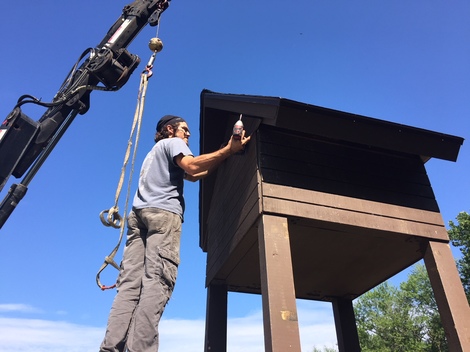 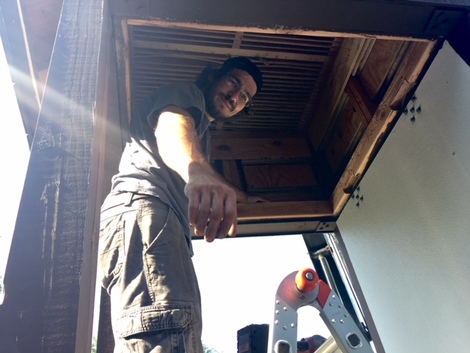 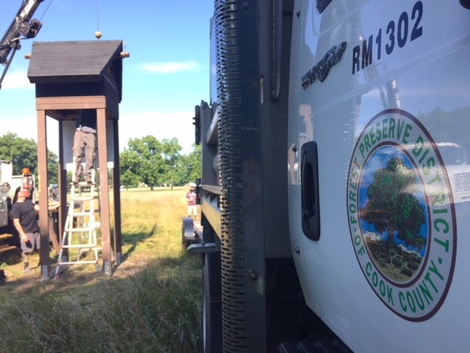 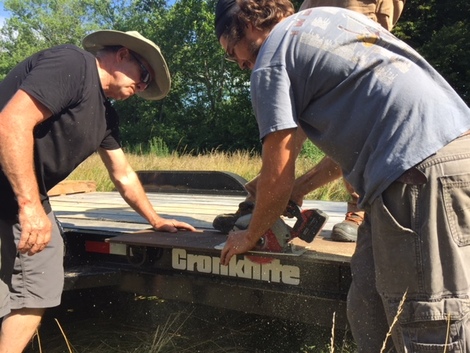 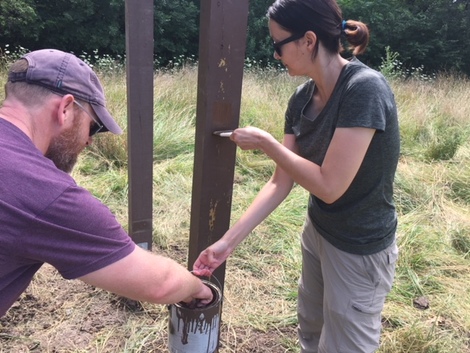