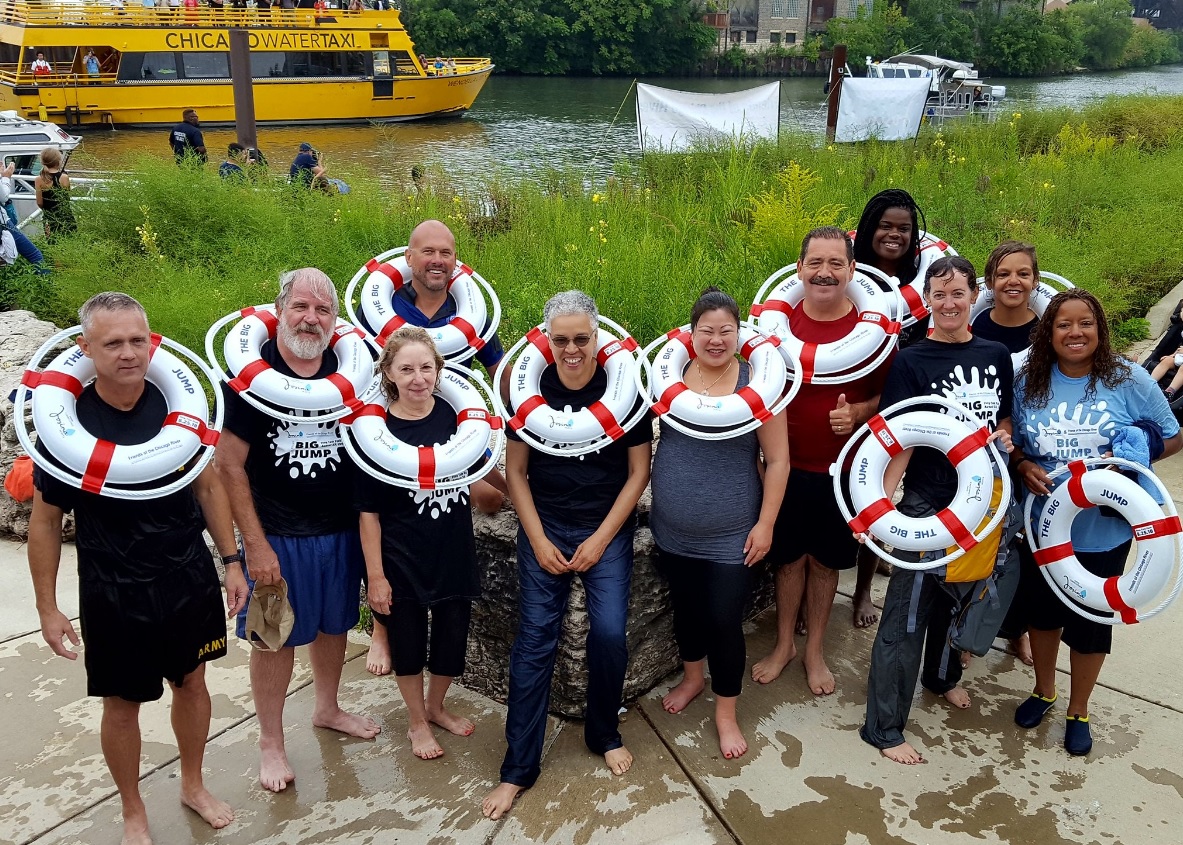 (More photos and video below)

Elected officials and river advocates swam in the Chicago River Saturday, August 25 in a “Big Jump” event designed to highlight the collective work that has been done to improve the river’s water quality and to demonstrate a commitment to making the Chicago River swimmable for all.

Margaret Frisbie, Executive Director of Friends of the Chicago River, said “Though the water is much cleaner today, for some there is still an outdated perception of the river.”

“The river is a recreational resource. The river is alive with wildlife. And the river belongs to all of us. We need to celebrate the river, protect the river and ensure that all Chicagoans can access it and enjoy it,” said Frisbie.

“The district over 100 years ago used to dump raw sewage into the river. We now disinfect water from our O’Brien and Calumet plants that is cleaner than river water. All of us here today share the goal of ensuring that the Chicago River becomes swimmable for everybody someday,” said Morita.

President Preckwinkle said, “I’m very grateful to Friends of the Chicago River and the Metropolitan Water Reclamation District. It’s good to promote what government does but it’s good to have partners in the volunteer community who help us both promote the river and take care of our natural resources.”

State’s Attorney Foxx recalled growing up in the Cabrini Green housing complex where “many of us were afraid of the river. “

“It’s come full circle to be here today to see what has happened to the river over the course of several decades. Access to the river is something young people from neighborhoods like the one I grew up in need to have,” said Foxx.

There has been a great deal of improvement to the water quality in the Chicago River system including the Tunnel and Reservoir Plan (TARP, aka Deep Tunnel) and new water quality standards that include disinfection at the O’Brien and Calumet Plants which discharge to the river. According to the Metropolitan Water Reclamation District, with disinfection in place the water they are releasing into the river is cleaner than the river water itself.  The water quality station nearest to the Ping Tom Park river area is often lower than the IEPA target for the Primary Contact Recreation waters, and tests have shown no human pathogens.  In other words, the water is safe for people with normal immune systems. 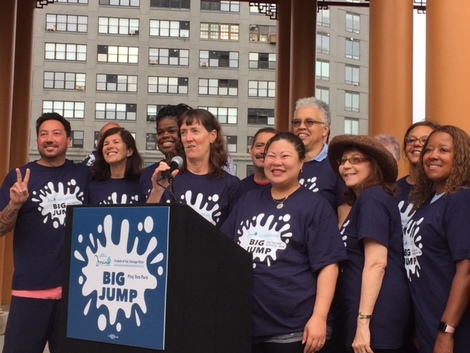 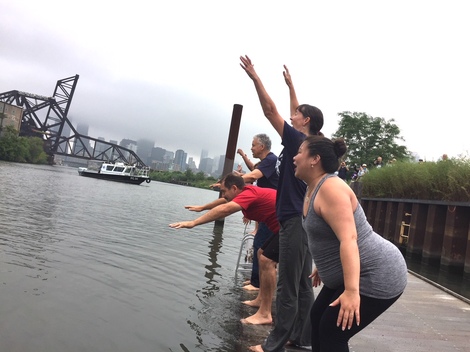 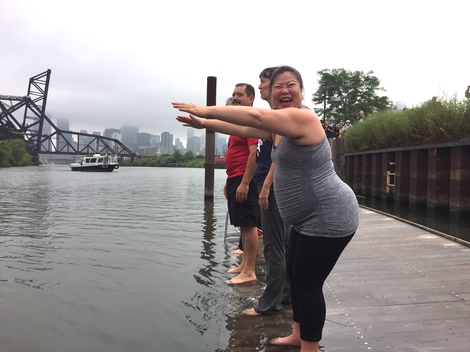 Commissioner Morina, who is pregnant, joked "I'm jumping for two." 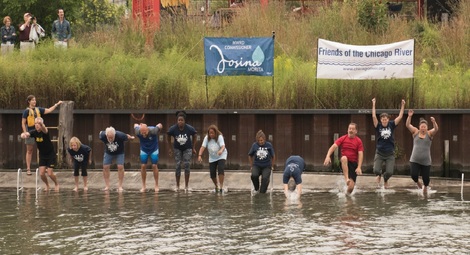 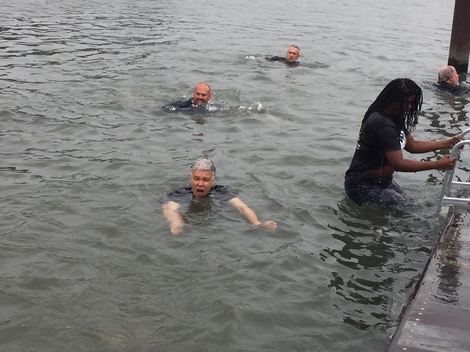 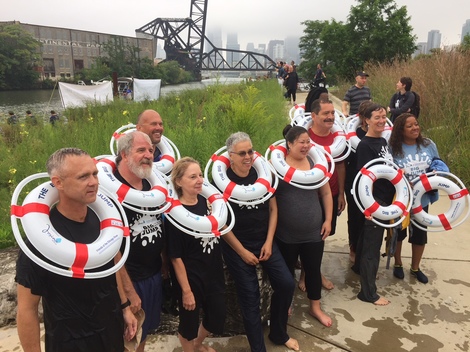 Nobody really needed any life preservers. 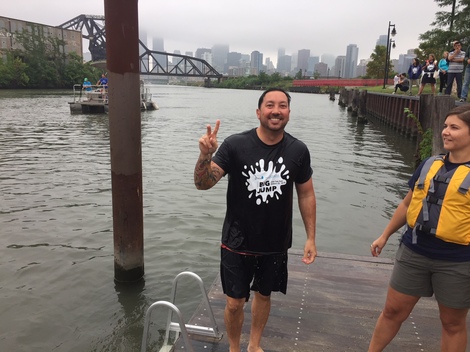 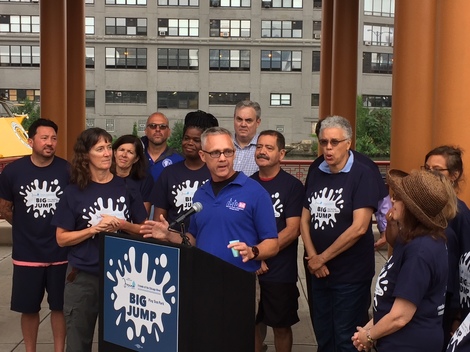 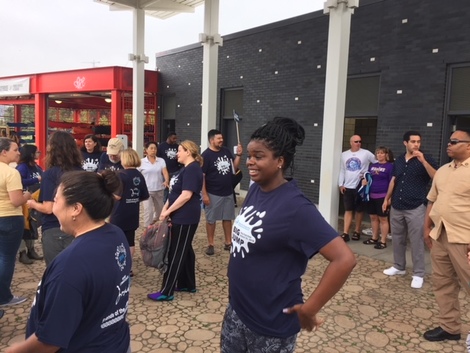 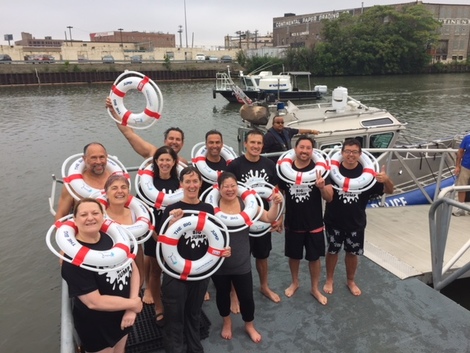 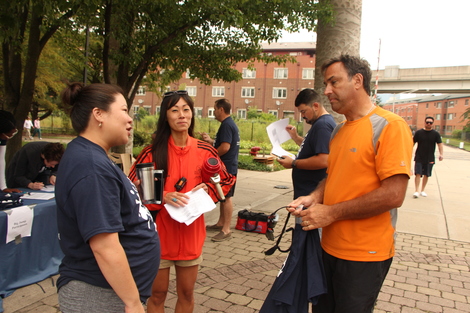 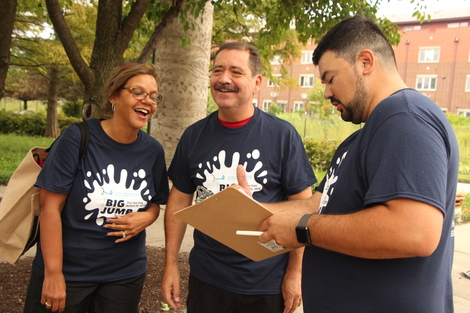 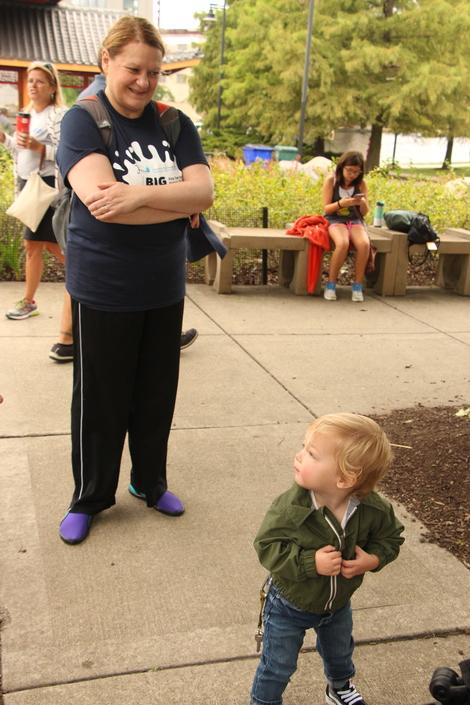 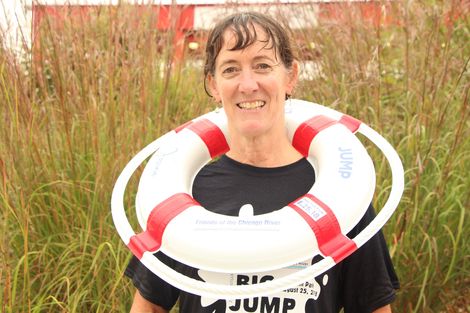 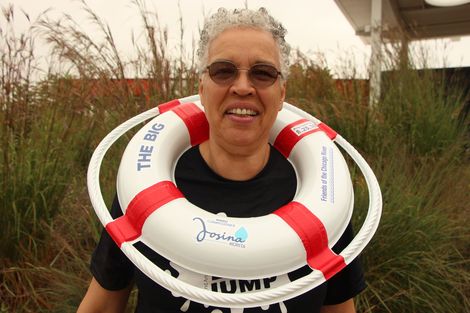 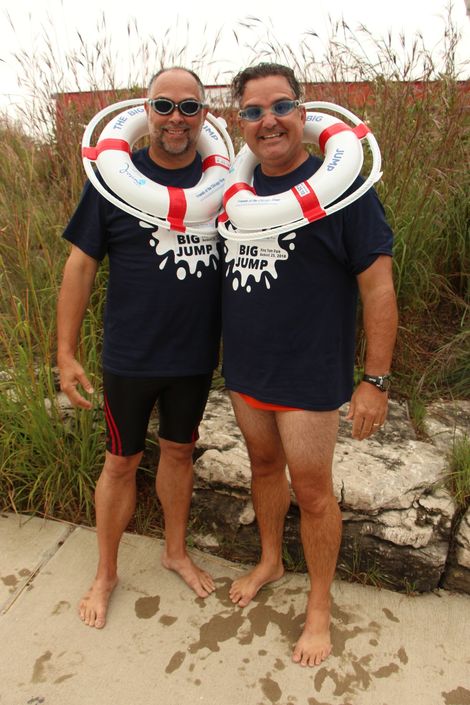 Doug McConnell and Don Macdonald of Chicago River Swim. They're behind an effort to host of swimming race in the Chicago River. (Lily Kim Photography) 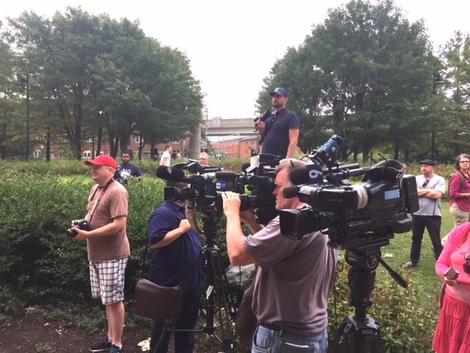 And thanks to CBS2, NBC5, ABC7, WGN9, FOX32, CLTV, WGN radio, WBBM Newsradio and the Chicago Sun-Times' Dale Bowman for the coverage. Also, to Mike Borgstrom of Wendella for providing a boat for the cameramen to film the jumpers from the river.