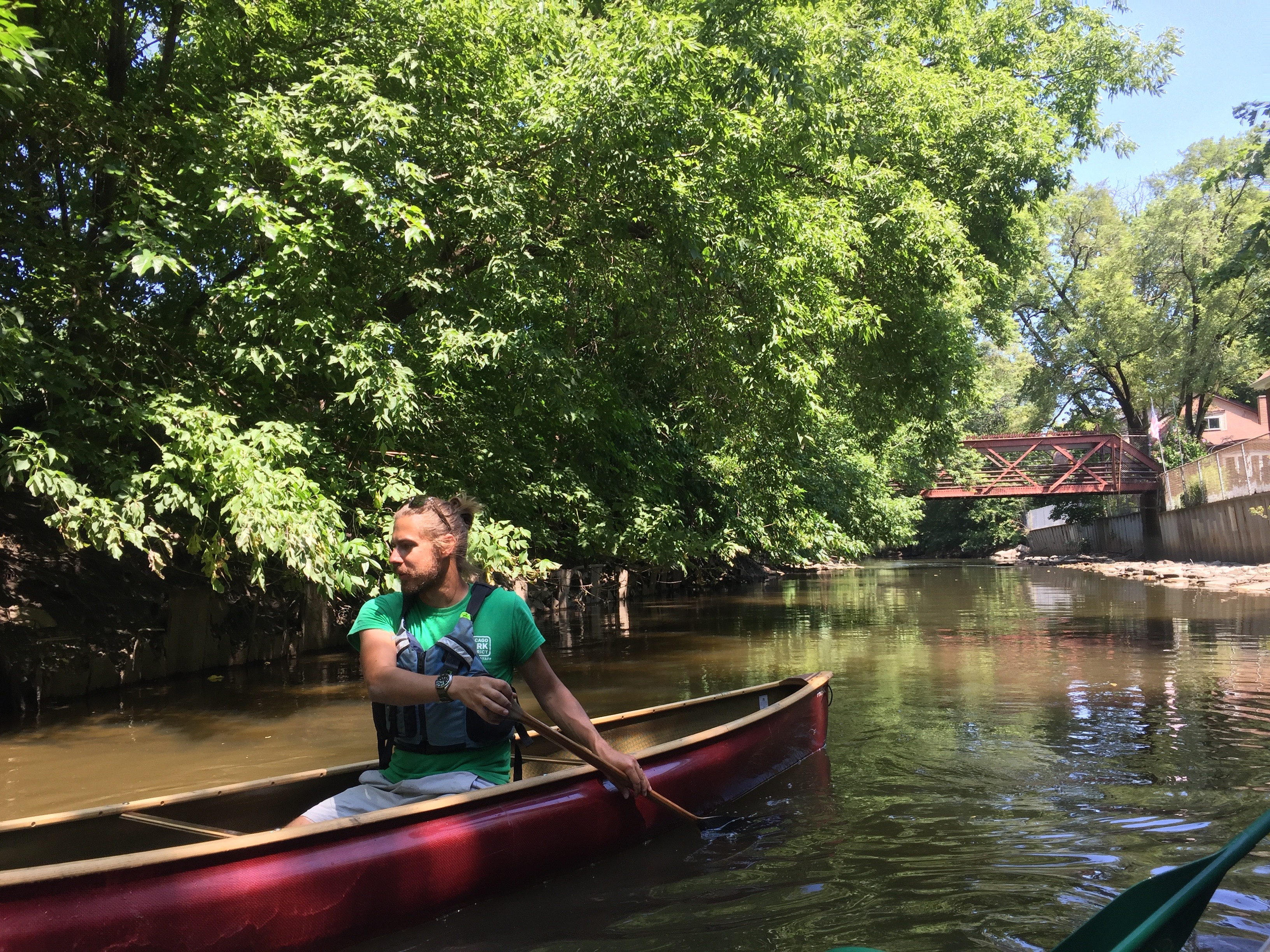 The portion of the North Branch of the Chicago River between River Park and Gompers Park is one of the waterway’s most beautiful stretches—but there are still a number of ways it can be improved for paddlers, hikers, and bicyclists.

That was the conclusion of a partnership that included Friends of the Chicago River which surveyed the area on land and in the water this summer.

The removal of the North Branch dam at River Park in the summer of 2018 has significantly improved the ecological health and recreational access to this portion of the river system and was the impetus to study this area in more detail.

Friends of the Chicago River’s efforts to remove the dam at River Park began in 2000, a goal aimed at removing an insurmountable  barrier to fish and other wildlife, improving the overall ecology of the waterway and returning the site to its natural beauty. The dam was built at the confluence of the North Branch of the Chicago River and the North Shore Channel in 1910. Removing the dam opens up about 20 miles of waterway.

“The river survey was a unique opportunity to expose residents and agency partners to this somewhat undiscovered stretch of the river system. We were able to identify, photograph, and map new opportunities to improve access to and the of health of this recreational and ecological community asset,” said Friends Planning Director Adam Flickinger.

Friends jointly hosted the event, compiled the survey findings, and will continue to work with the North River Commission and partners to implement the recommendations.