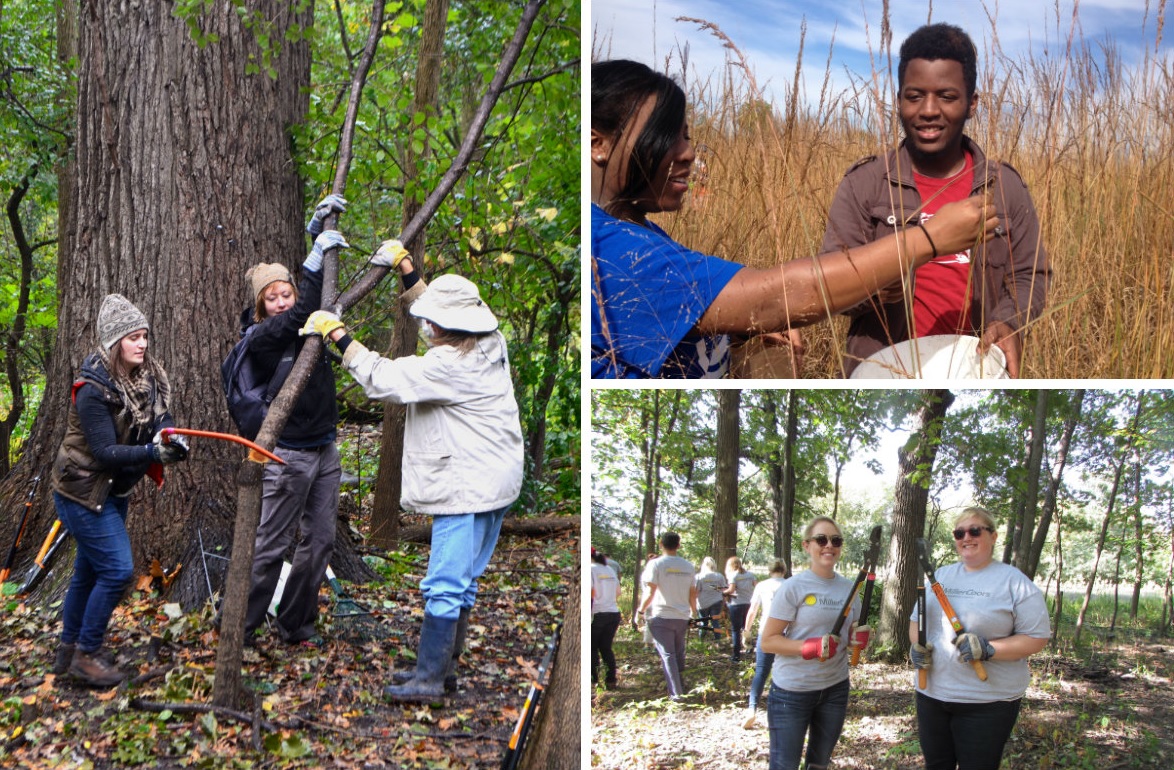 Removal of invasive plant species—non-natives which adversely affect wildlife habitat and water quality—by the Centennial Volunteers project at a number of targeted river-edge Forest Preserves of Cook County locations  is showing double-digit percentage increases in the coverage of native plants. The work is aimed at improving wildlife habitat, water quality, and flood reduction

Friends compiled and analyzed native plant species vs. non-natives at the targeted locations where Centennial Volunteers removed invasives such as buckthorn, garlic mustard, and honey suckle. Such projects can improve wildlife habitat, water quality, and flooding.

Improvement trends were also measured through a floristic quality index (FQI) based on a formula that includes the ecological condition or quality of an area.

Along the North Branch, targeted areas within:

In the south along the Little Calumet River, targeted areas within:

“It has been amazing to witness the changing plant community over the past few years at these sites,” said Friends Ecology Outreach Manager Mark Hauser, who compiled and analyzed the data. “Invasive thickets are transformed into diverse habitat through the work of our volunteers.”

“The Centennial Volunteers restoration work is an example of what is possible when organizations partner,” said Arnold Randall, General Superintendent of the Forest Preserves of Cook County. “Restoration in the many diverse habitats of the Forest Preserves is a high priority for us, and collaboration among like-minded organizations expands our capabilities to protect nature for generations to come."

Invasive plants choke out native growth and also block sunlight from reaching the ground. This negatively affects soil conditions and hinders habitat for wildlife such as egg-laying turtles.

Invasive plants also reduce stormwater retention: Native plants allow about 86 percent of stormwater to soak into the ground while non-natives and turf grass only allow about 28 percent. Non-absorbed runoff can lower water quality in the Chicago River system, tax sewer systems which can result in combined sewer overflows (CSOs) into the waterway, and cause basement flooding.

In natural areas, the runoff causes erosion and sedimentation which can devastate landscape and aquatic habitat. High levels of turbidity block sunlight penetration and impede the growth of algae and aquatic plants. High amounts of sediment will reduce the river's capacity to handle flooding. This runoff can also carry chemicals into the waterway.

For more information on how to become a Centennial Volunteer, go to http://bit.ly/CVrestoration.