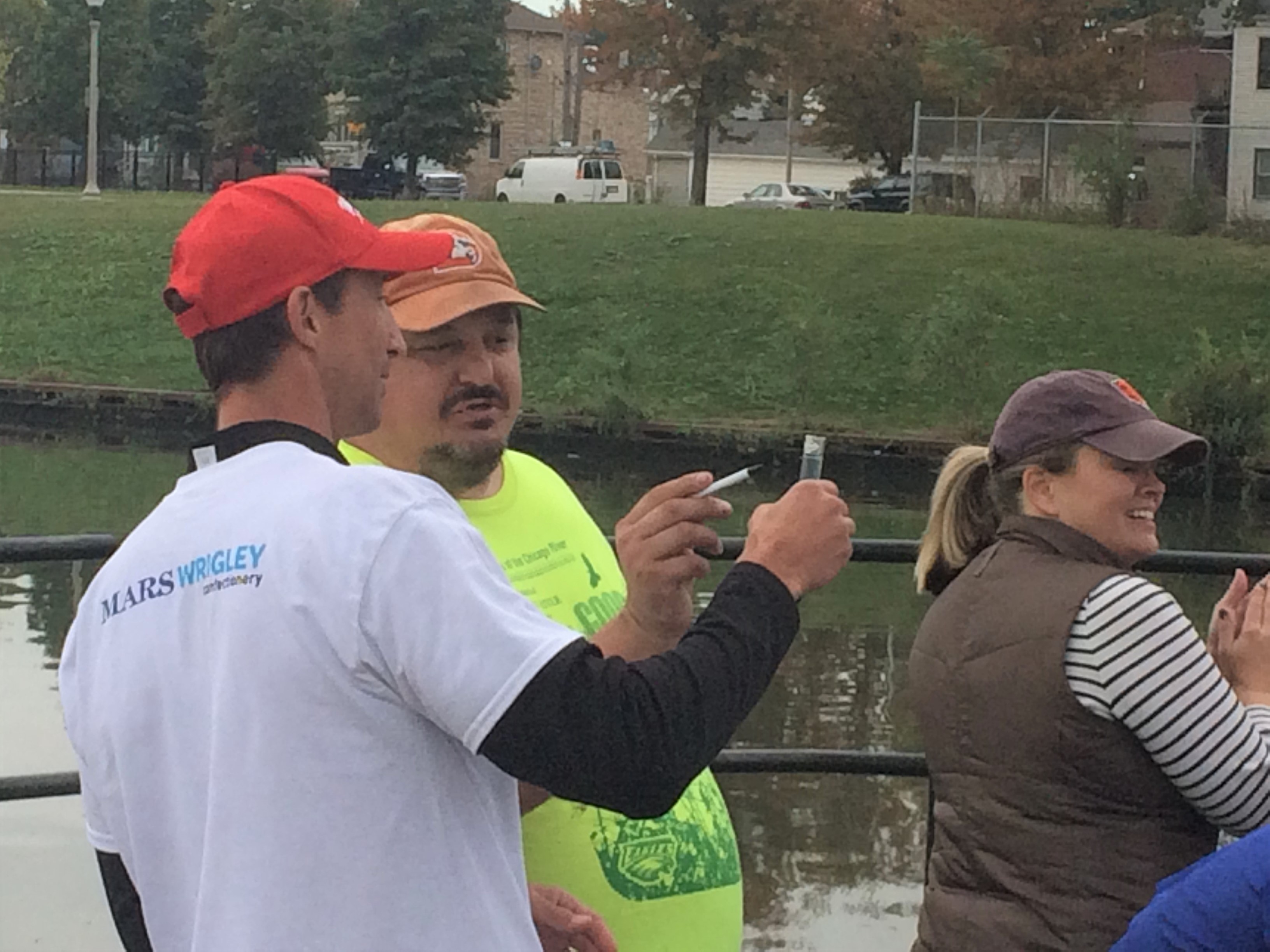 “Friends is determined to rid the river of trash,” said Margaret Frisbie, Friends’ executive director. “There has been significant improvement in water quality and general health, but litter remains a stubborn problem. In the North Shore Channel and the North Branch, the river’s movement and curves cause natural eddies to form and collect litter under bridges, seawall areas and small bends.

This litter is devastating to wildlife and a deterrent to people—and as development continues it will only increase.”

The additional stretch from Foster Avenue, where the North Branch connects with the North Shore Channel, south to North Avenue is being made possible through a $70,000 grant from the Mars Wrigley Foundation.

“The Mars Wrigley Foundation is pleased to continue our decades’ long partnership with Friends of the Chicago River,” said Anne Vela-Wagner, executive director, Mars Wrigley Foundation. “We are committed to improving the Chicago River and our Litter Free partnership is making a direct impact in our hometown of Chicago and in downstream communities.”

The expanded effort will include Friends’ annual Chicago River Day cleanup event, partnerships with community groups, and further research into locations and causes of trash on the river and mapping those sites.

Friends launched Litter Free North Shore Channel in 2016. Since then, the organization has held dozens of work days removing tons of trash and has partnered with Canal Shores Golf Course, the City of Evanston, Evanston Ecology Center, Evanston Tree Keepers, Friends of the Ladd Arboretum, and the Shedd Aquarium. Friends has also developed a free toolkit to help groups organize litter removal efforts.

In the fall of 2018, Friends began collecting data about the locations, movement and type of litter that pollutes the waterway. Litter analysis shows that trash on the canal is mainly wrappers, plastic bags, disposable packaging, and bottles. The Clean Water Act legally requires government efforts to protect the river from such “floatables.”