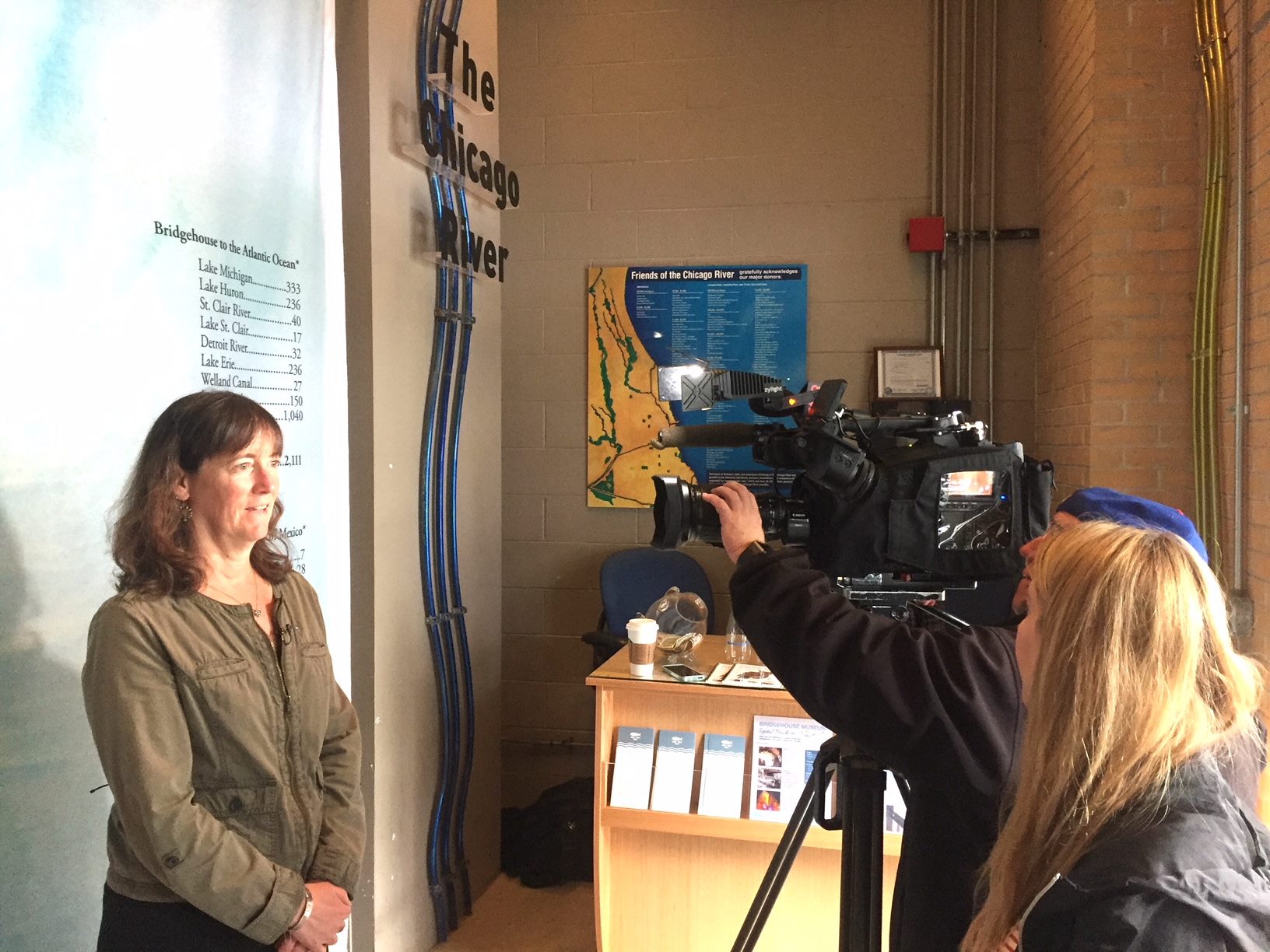 Friends of the Chicago River is honored to be part of Chicago Mayor-elect Lori Lightfoot's transition efforts as she prepares to take office on May 20. Friends' Executive Director Margaret Frisbie was named to the Environment Committee.

Among other opportunities, members of the transition committees were asked to submit recommendations to the Lightfoot administration as the Mayor-Elect seeks "fresh viewpoints from our city's rich and diverse communities."

In the Friends memo, Frisbie calls for a commitment to stop the regular flow of sewage and litter into the river system from combined sewer overflows (CSOs) and stormwater runoff. This zero tolerance policy for sewage and litter "would be the first step in addressing the CSO problem and would advance at least two other environmental objectives on Mayor-elect Lightfoot's agenda: promoting clean water and positioning Chicago as a leader on climate change," Frisbie writes.

CSOs occur after rainstorms when the combined volume of sewage and stormwater exceeds the capacity of the sewer system and the excess is released untreated directly into the river and sometimes Lake Michigan carrying sewage, bacteria, chemicals, and trash.

Join Friends to Improve and Protect the Chicago River

For first steps in what will require a multi-year, multi-pronged approach Friends urges the new administration to:

These efforts would combine to reduce water pollution, flooding, and basement back-ups; increase and improve wildlife habitat and open space connectivity for people and wildlife; combat the climate crises and reduce the urban heat island effect. It would benefit people across all communities.

"Improving water quality and truly committing to open accessible, natural healthy landscapes with a blue/green corridor along the river system would transform Chicago by creating a public amenity that would provide free unfettered access to people from every community and critical wildlife habitat at a time when rates of extinction are skyrocketing," said Frisbie.

"We can and should become an international leader in urban greening, and have the natural resources to do it and establish Chicago as an ecological hub," she wrote.