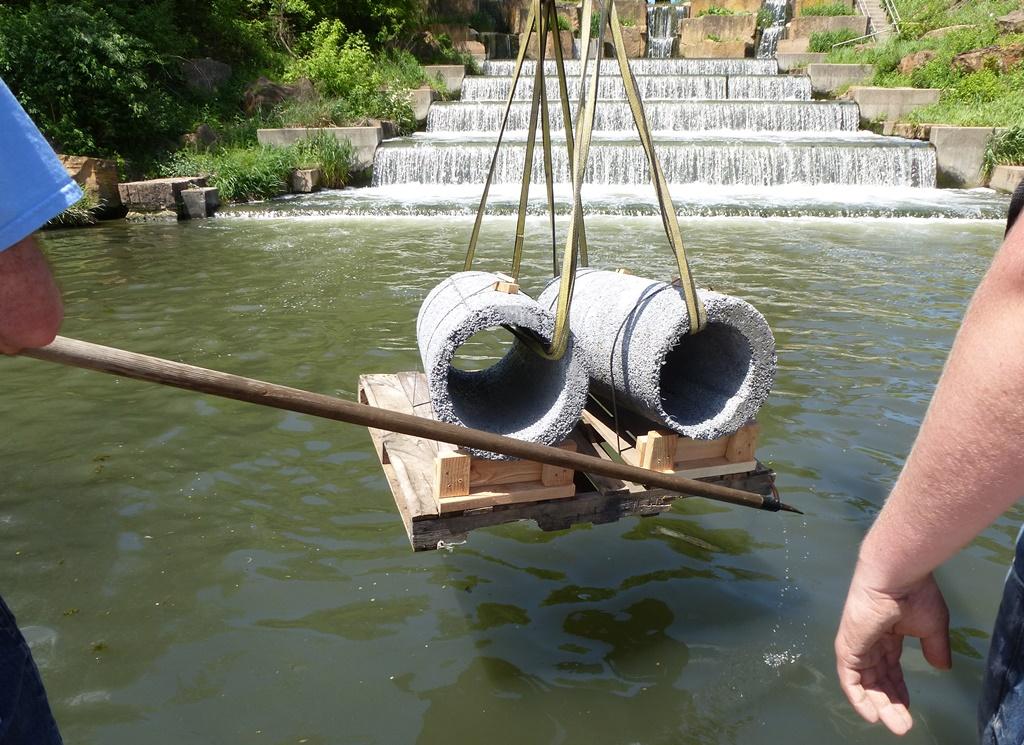 Two nesting cavities, which mimic the natural habitat of channel catfish, are added to the Little Calumet River on May 14, 2015
August 03, 2020

The report by the MWRD and the Shedd Aquarium shows that fish populations and species have gradually increased over the past 30 years, while invasive species have declined. Since 1974, the number of fish species increased from 10 to 77, with 60 species counted since 2000. MWRD and the Tunnel and Reservoir Plan have made a significant impact for local fish.

Friends is particularly proud of the role we've played in the increase in species and overall abundance of fish through our clean water advocacy efforts and on the ground improvements. In addition to our ongoing landscape restoration efforts in Chicago and the suburbs, north and south, which have a dramatic impact on water quality.

The following timeline lays out some of Friends' fish related accomplishments.

This history of action and advocacy has set the stage for more innovative efforts to improve the health of the river such as Urban Rivers' Wild Mile, and the report speaks for the impact of everyone's work.

"It's very gratifying to see the validation of all of our collective efforts but it doesn't mean our job is done," said Margaret Frisbie, Friends' executive director, "As we continue to advocate for improvements in water quality and the creation of a habitat rich blue-green corridor we look forward to seeing even greater improvement; something that can't be done without our partners, members, and supporters."

*In 2011 Friends and our Water Quality Task Force partners also secured an upgrade to the recreational use standard that included sewage treatment plant disinfection and protection for swimming in most reaches. Disinfection has been implemented but enforcing the new swimming standards have been largely ignored at all levels of government.