Wildlife is Indicative of a Healthier River System 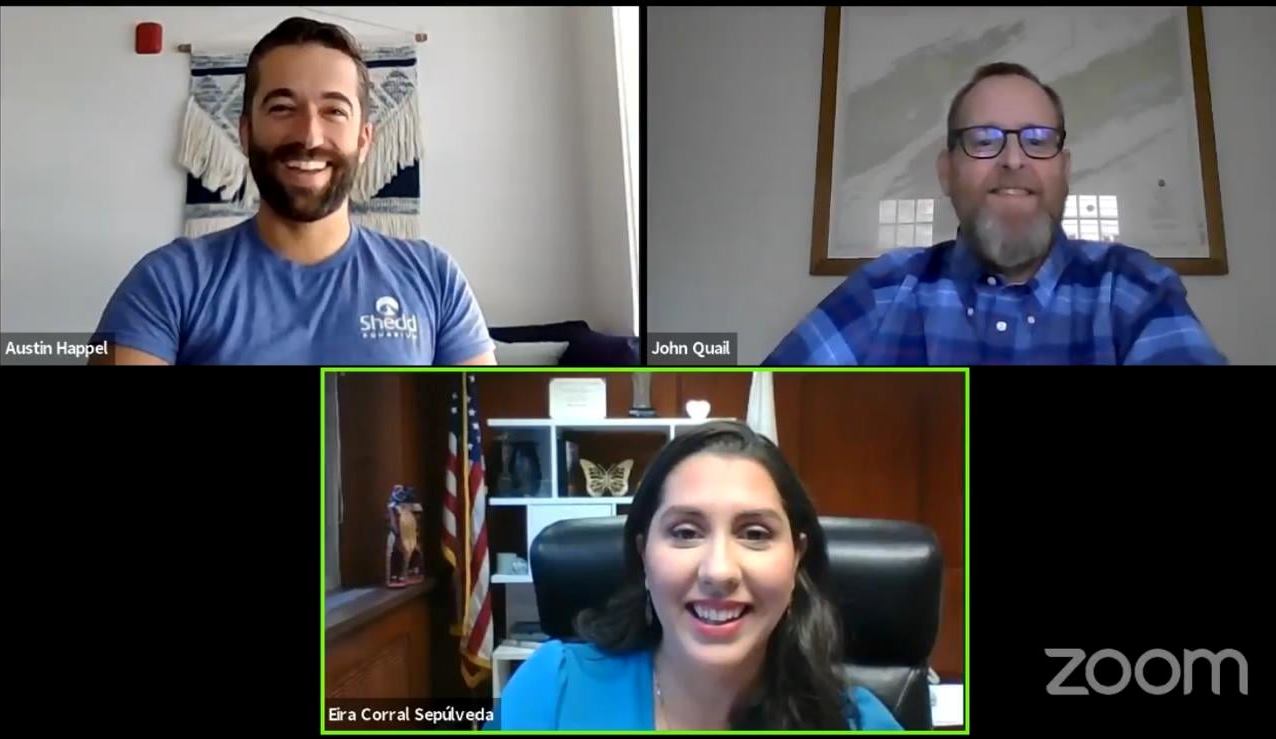 The Chicago River is teeming with wildlife due to significant restoration efforts, hard fought water-quality victories, and green and grey infrastructure improvements. As evident in the significant increase of fish species, the health of the river system has dramatically improved through the implementation of water quality standards, disinfection to protect recreational users, more open space, and wildlife restoration.

At a recent virtual panel discussion, Friends’ Director of Policy and Conservation John Quail discussed the action and advocacy of Friends and our partners in helping to achieve a healthier river system as well as the challenges ahead to continue to improve and protect it. The panel discussion was hosted by MWRD Commissioner Eira L. Corral Sepúlveda and also included Dr. Austin Happel, a research biologist of urban freshwaters at the Shedd Aquarium.

“When people have taken a deeper dive into the Chicago River and taken a look at fish species… they’ve always been pleasantly surprised by what they found…which is always encouraging,” said Quail. “People are connected to our waterways…whether it’s up in the far northern suburbs of Lake County, or Mill Creek in the Southwest suburbs, people don’t often know that it’s all part of the Chicago River system, and it’s all connected. People have a connection, whether it’s through the drain in their house or that little stream that they go to in their nearby park.”

A report by the MWRD and the Shedd Aquarium shows that fish populations and species have gradually increased over the past 30 years, while invasive species have declined. Since 1974, the number of fish species increased from 10 to 77, with 60 species counted since 2000.