Get Moving On Invasive Carp Fight 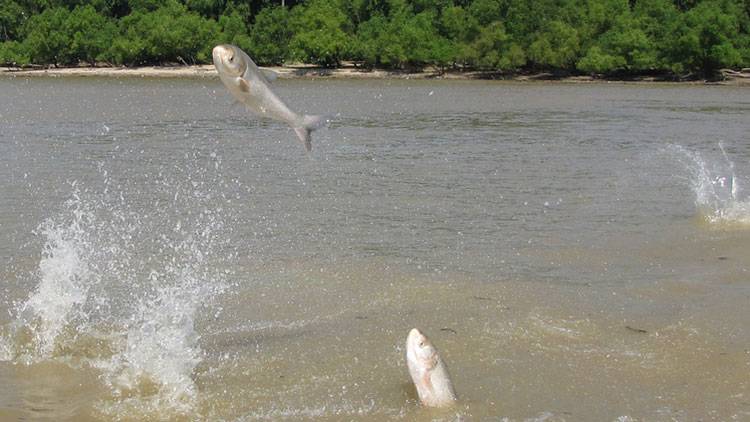 Friends of the Chicago River supports efforts by Great Lakes officials who "are calling for federal funding of the massive engineering effort to keep invasive Asian carp out of one of the largest freshwater ecosystems in the world."

The Chicago Tribune reports that the bipartisan Council of Great Lakes Governors - which includes Illinois Governor J.B. Pritzker - sent a December letter asking Congress to provide funding for the remaining costs of the U.S. Army Corps of Engineers project at the Brandon Road Lock and Dam near Joliet. Friends of the Chicago River supports this effort and encourages our supporters to contact their representatives to voice their support for federal funding to deter invasive carp from the Chicago River system and the Great Lakes.

“It is time to move forward on Brandon Road,” said Margaret Frisbie, executive director of Friends of the Chicago River which has been active in the battle against invasive carp since 2009. “Too often we know what to do but get bogged down by the cost in the short term failing to take into account the overall return on investment. With our recovering river and the Great Lakes at risk, we shouldn’t have to wait any longer.”

According to the Tribune, "Great Lakes advocacy groups have previously supported federal funding of the project, arguing the invasive carp threat extends across the entire region. Illinois, the project’s nonfederal sponsor, signed an agreement with the Army Corps in December 2020 to complete the preconstruction engineering and design phase, estimated at $29 million and expected to take three to four years. Illinois and Michigan committed to providing the nonfederal share of just over $10 million." But the Council of Great Lakes Governors says “the balance of project cost for design, construction, operation and maintenance is beyond the capacity of the Great Lakes States to match.”