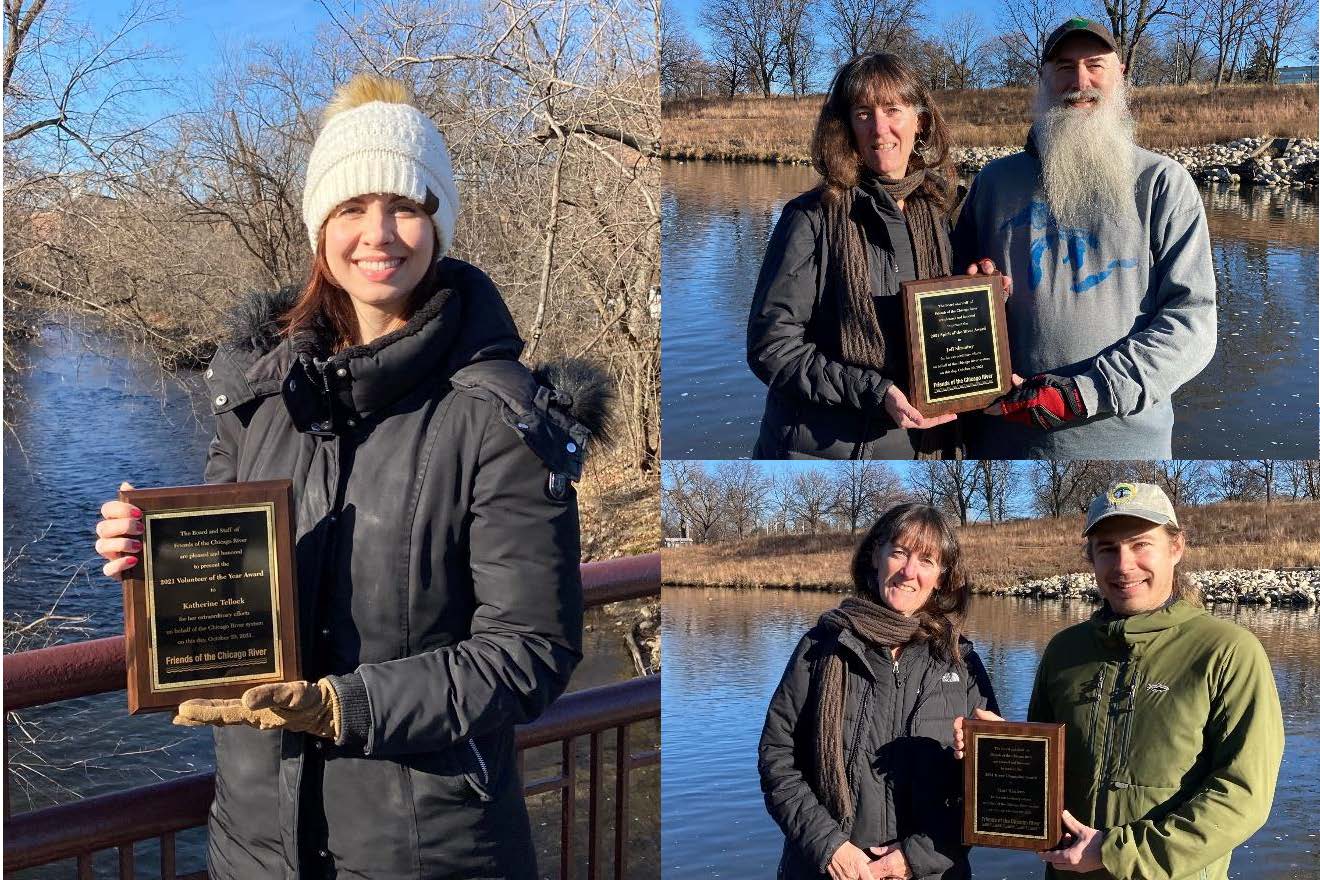 The recipients of our 2021 River Commitment Awards include the creator of the innovative River Lab at the Chicago Park District; an inspiring leader of habitat restoration on Chicago’s Northwest Side, and the founder of Cleanup Club Chicago, a citywide group dedicated to litter cleanups.

“These honorees are exceptional leaders whose can-do spirits inspire others to take action to improve the river system, protect wildlife, and serve communities,” said Margaret Frisbie, executive director of Friends of the Chicago River. “Their commitment and leadership are shining examples of the action and advocacy instrumental to the revitalization of the Chicago River system. With their zeal we are attracting more people to care for our river, an incredible natural resource, which is healthier than it has been in 150 years. We cannot thank them enough.”

The 2021 River Champion award honors Matt Renfree, senior program specialist at the Chicago Park District. Renfree is the creator of the innovative River Lab, a new interactive resource to help kids and families learn about the ecology of the river system. The River Champion award recognizes an individual for extraordinary leadership and professional effort on behalf of an organization to improve the Chicago River system.

Located in the River Park Boathouse along the North Branch of the Chicago River, the lab is the realization of Renfree’s vision to create a lab that deepens the experience of the river and its wildlife by offering educational programming, recreation, and environmental exploration. The lab with is equipped with interactive resources like microscopes to examine macroinvertebrates found in the river water, fish tanks stocked with native species, fishing poles, litter grabbers for cleanups, and other informative displays.

Skrentny’s interest in bird watching led him to volunteer at LaBagh Woods to improve habitat for birds and other wildlife. The restoration and stewardship efforts of Skrentny and his volunteer team reinforced the importance of LaBagh Woods as a critical location for migrating birds, which now has had over 200 species documented at the site through iNaturalist.org. Skrentny leads a team of dedicated volunteers who remove harmful invasive species, replacing them with nearly 50 species of approved and locally sourced and grown native shrubs which provide essential habitat – flowers, berries and insects – for migrating birds who pass through the site twice a year.

Through the efforts of Skrentny and the volunteer team, LaBagh Woods is one of the graduated sites from the Centennial Volunteers partnership, which works to facilitate self-sufficient volunteer leadership teams which plan, organize, and implement volunteer stewardship activities at targeted forest preserve sites in Cook County.

The 2021 Volunteer of the Year award honors Katherine Tellock, the founder of Cleanup Club Chicago, a new organization of dedicated volunteers making Chicago cleaner and healthier by picking up litter in public places such as neighborhood streets, parks, and riverbanks. The Volunteer of the Year award is given to an extraordinary individual whose volunteer efforts improve and protect the Chicago River system.

Tellock, who is a Chicago River Day Site Captain, founded Cleanup Club Chicago in July 2020, inspired by her participation in Friends’ Litter Free Summer Challenge cleanup program, The Summer Challenge was designed to inspire, encourage, and supports volunteer to pick up litter independently or in small groups. With Tellock’s leadership, Cleanup Club Chicago has grown to nearly 230 members with six captains — two on the North Side, two on the West Side, and two on the South Side — who also lead cleanups and report if there is a particular area that needs to be cleaned. In one of their cleanups, she brought grappling hooks and pulled 15 shopping carts out of the North Branch of the river. The group has picked up more than 6,000 pounds of trash, and their work empowers others across the city to join in the effort. The group tracks the collective impact of their cleanups through Friends’ Litter Free interactive map and survey.