Fish Kill: A Call to Action 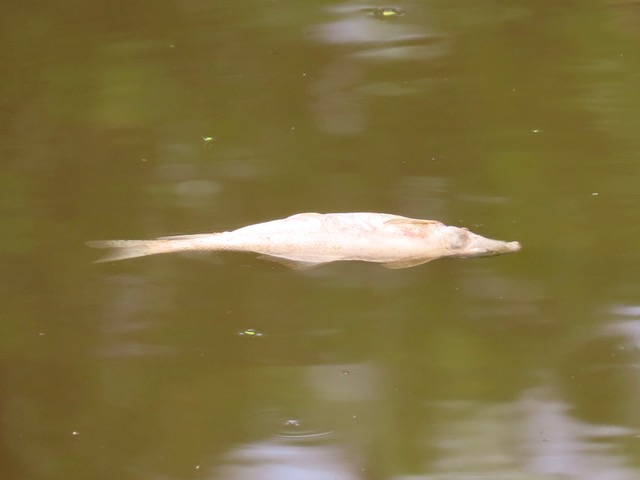 A lack of rain and hot weather appear to be the culprits for a fish kill this week, with reports of multiple dead fish floating and caught in snags along the North Branch coming in from Linne Woods in Morton Grove and LaBagh Woods in Chicago on Monday. Environmental scientists from the Metropolitan Water Reclamation District of Greater Chicago (MWRD) headed out right away when Friends reported the die-off to their pollution hotline and sent samples in for evaluation to ensure they know the reason why.

Fish can die during drought and heat waves because slow moving and/or warm water doesn’t capture dissolved oxygen well which they need to live. According to EPA’s website, “Water bodies receive oxygen from the atmosphere and from aquatic plants. Running water, such as that of a swift moving stream, dissolves more oxygen than the still water of a pond or lake.” May’s record dry conditions and the heat wave was a double blow.

As always Friends encourages people to call us or email us when they see something awry, and also to make official reports to ensure the greatest amount of detailed is relayed and get agency scientists on the ground as soon as possible.

Kudos to those who called in these reports. We will report back when tests are complete.