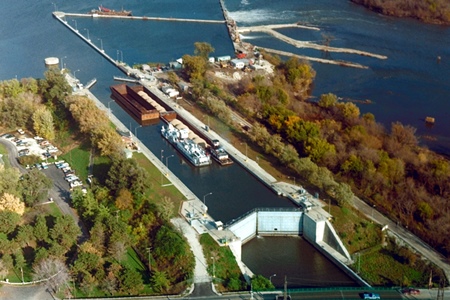 Friends is part of the Chicago Area Waterway System Aquatic Invasive Species Stakeholder Committee which is comprised of representatives from 40 public and private stakeholders, including Native American nations, working to prevent invasive carp in the waterway system.

“Early carp eradication schemes sacrificed the river system for the Great Lakes but this funding protects all our water resources from the serious ecological threat posed by invasive carp,” said Margaret Frisbie, executive director of Friends of the Chicago River. ““Getting the next phase of the project moving shows we call work collaboratively – across the aisle – to achieve important environmental work. We thank Senators Durbin and Duckworth for their longstanding leadership on the invasive carp issue as well as Governor Pritzker and the work of the Council of Great Lakes Governors.”

The project will construct a new engineered channel that will be used to test and deploy technologies that will prevent invasive carp from moving further north to the Chicago River system and the Great Lakes.  The funding allows the U.S. Army Corps of Engineers to complete design on the project and begin construction. The Corps has allocated the funds from the Infrastructure Investment and Jobs Act (IIJA).

Invasive carp arrived in the United States in 1963. Breeders flushed the invasive carp into canals and waterways where they began to flourish and breed, gradually expanding into the Mississippi River and throughout the massive watershed of the river across 31 states.