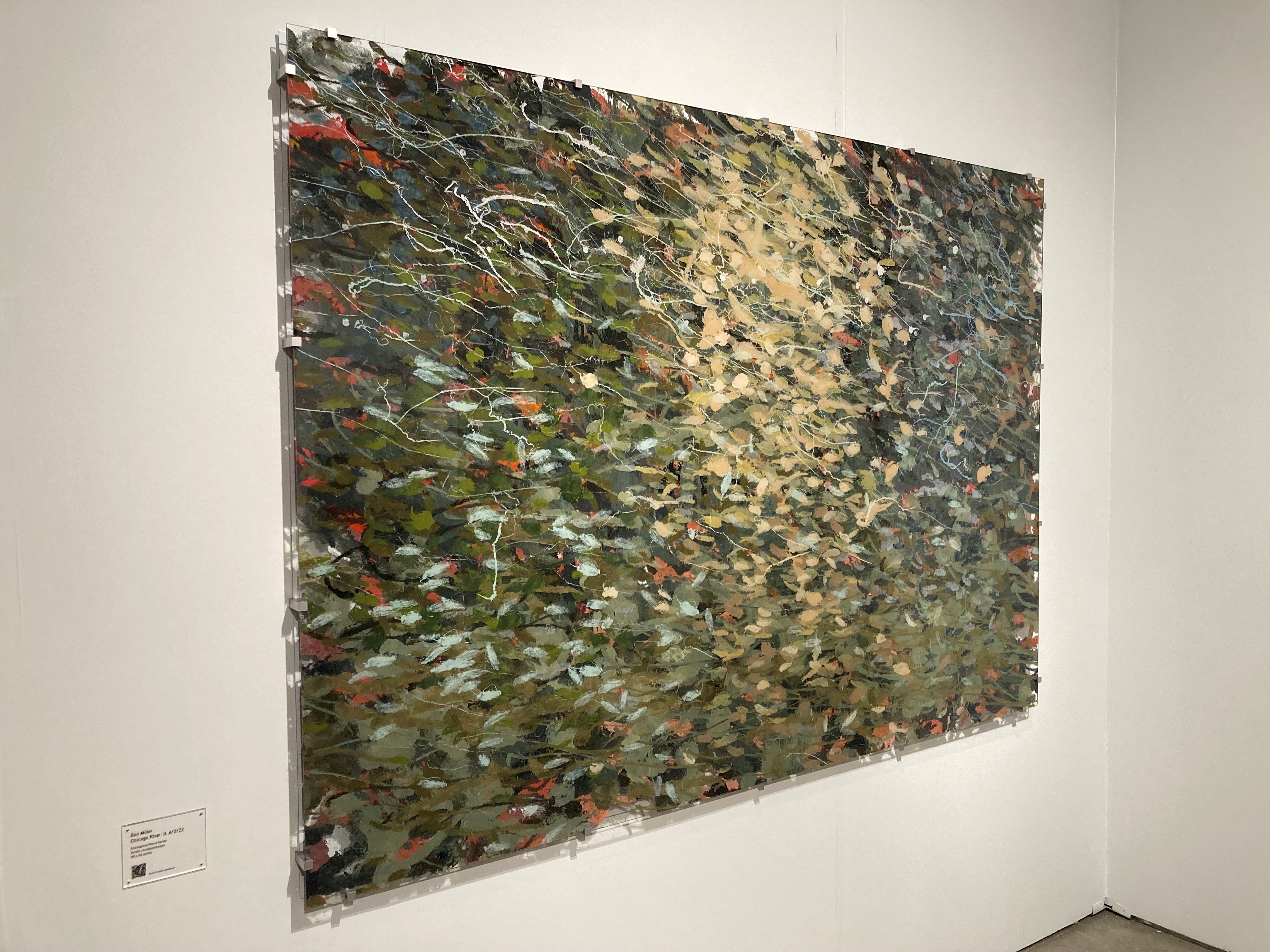 As CBS 2 news reports, “Many people have painted the Chicago River but none like artist Ben Miller.” From mid-morning to early evening on Sunday, April 3, Miller painted a portrait of the Chicago River in reverse using a fly rod and reel, a process he calls “fly cast painting.”

When he finished the painting, Miller flipped the plexiglas canvas around to reveal a magical expression of the beauty of the river that he painstakingly created throughout the long, cold day from the steps of the McCormick Bridgehouse & Chicago River Museum on the Riverwalk. Miller is a Montana-based painter best known for his Endangered Rivers series which he began out of his deep passion for raising the awareness and importance of river preservation.

As reported by WTTW online, “Depending on which “fly brush” is attached to the end of his line, Miller can lay down delicate whispers of strokes or powerful splotches that land with a thump. To add an extra degree of difficulty: He places colors in reverse.” A short video of the various stages of the painting's creation is also available on WTTW’s website.

The painting is on display at the international art fair Expo Chicago which runs through Sunday, April 10 at Navy Pier. Miller is one of 16 artists in the PROFILE section of Expo Chicago.

A portion of proceeds from the sale of the painting will benefit Friends of the Chicago River. More information about Miller’s paintings and his process is available on his website.