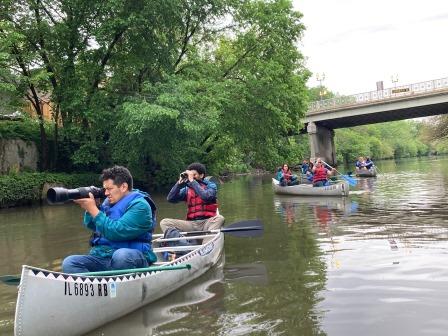 This May, Friends of the Chicago River and the Chicago Ornithological Society (COS) teamed up to offer a special opportunity for anyone interested in spotting migrating birds and learning more about the vast number of species who journey along the river.

The Chicago River is part of the highway system of rivers that migratory birds utilize for their yearly travels. The fresh water, food and shelter rivers provide are all critical to a safe and healthy journey. Friends and COS have crossed paths and indirectly collaborated in a number of ways for years. With very similar missions, geographic scope, and interests, it’s bound to happen. So when the idea was proposed to combine Friends’ canoe fleet and river programming expertise with COS’s birding expertise, the response was an emphatic, “why not?” A few quick emails later, a new event was born. While such an event was by no means unheard of, it’s never been a regularly available opportunity in Chicagoland so no one was quite sure what the interest or response would be. Much to our delight, the response was very strong with every boat selling out in a matter of days!

In the field trip business, mother nature always has the final say. Even with thunderstorms predicted, 40 adventurous paddlers embraced the chance to spot as many birds as possible from the river, for however long the weather permitted.  The timing worked out in the end; the weather cooperated just long enough to allow our inaugural Birding by Boat program to proceed!

So now the question was: Will there be any birds?

As suspected (and hoped) the birds did not disappoint!

With the scenic confluence of the Chicago River and North Shore Channel as a backdrop, our excited group gathered on the River Park boat launch. There was a wide range of backgrounds from veteran paddlers with no birding experience, to long time birders holding a paddle for the first time. Friends’ volunteer canoe guides equipped and oriented everyone before deftly launching us into the cool waters. The group split, with one fleet headed north and another south! From the ever present Barn Swallows zipping past our boats to the elusive Mourning Warbler, the river bustled with all manner of singing, displaying, and migrating avian life.

One of many highlights was the strong presence of Black-crowned Night Herons throughout the event. These birds are listed as endangered in Illinois and have struggled to recover in large part due to habitat destruction. Chicago however has emerged as home to one of the largest populations and colonies in the state, in no small part due to progress cleaning up and restoring the Chicago River system. 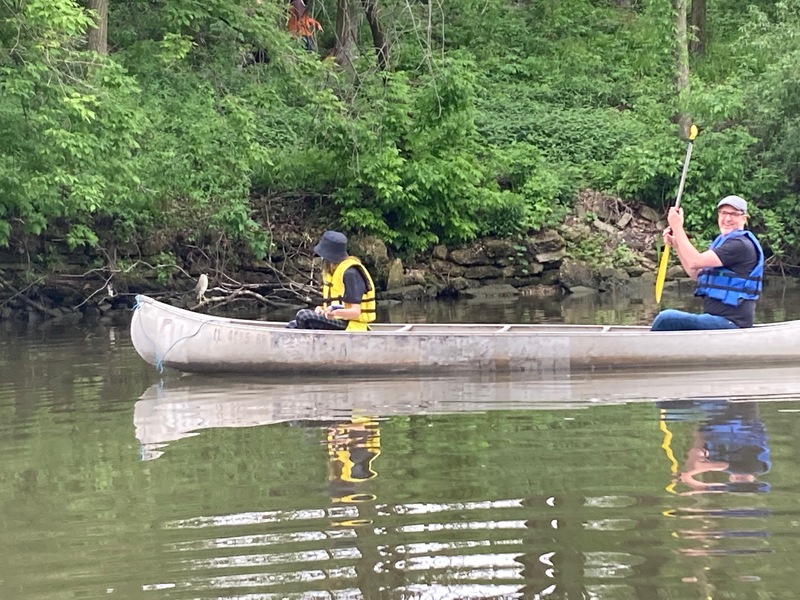 Keeping one eye on the birds, and the other on the weather radar, we headed back to the dock a little early, but feeling excited and accomplished. As if to remind us of how lucky we’d been, the thunder rolled in the distance, and we were all already safely off the water. Comparing notes, one group saw 27 different species, the other 32 species, and lot of diversity.

In total, the group overall saw a whopping 43 species!
See the list below.

Goes to show people aren’t the only ones who love and need the river! The wide variety of birds we saw highlights the need to protect and improve the river, because it’s an amazing and critical natural resource. As we concluded the day’s adventure, everyone’s soggy but gleaming faces could only mean one thing: this was no one-off. We will be back! 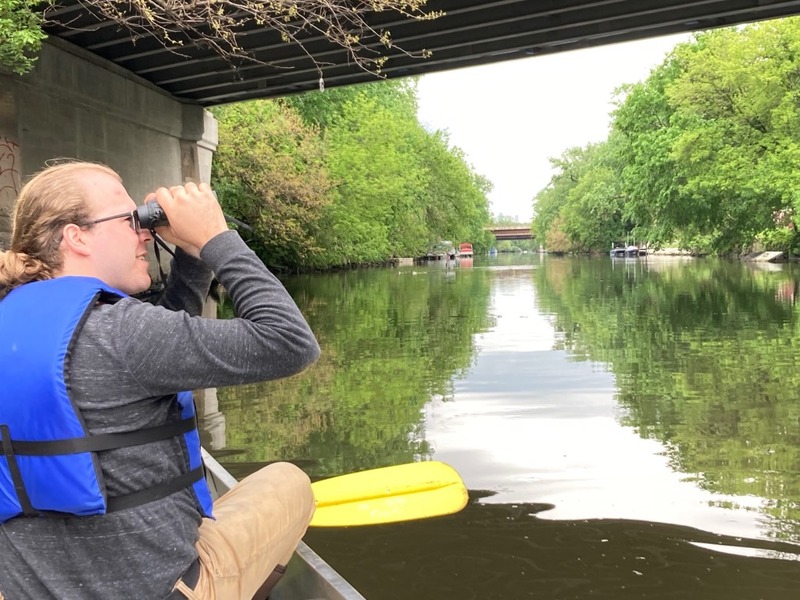 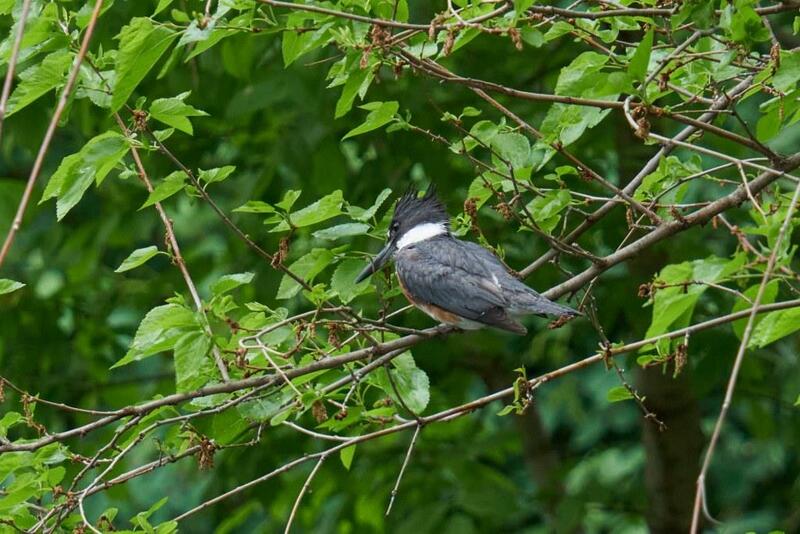 Thank you to Jorge Garcia for the above images taken during the trip of an American Redstart and a Belted Kingfisher.