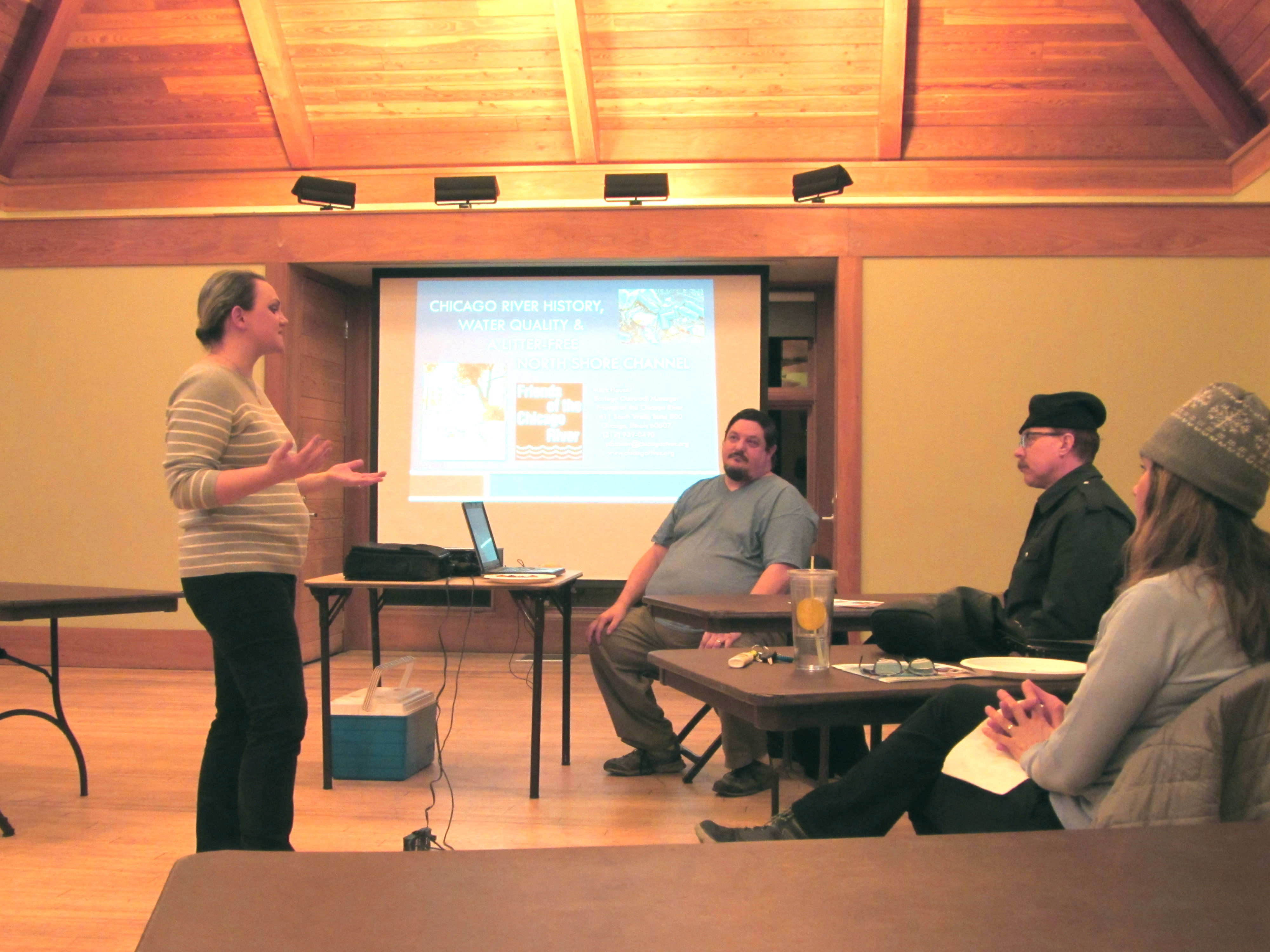 The history of the North Shore Channel is fascinating. And its future will be, too, if we take care of it.

That was the message at the Evanston Ecology Center, 2024 McCormick Blvd., on February 6 from Friends of the Chicago River staffers Mark Hauser and Annette Anderson. Their Litter Free North Shore Channel presentation covered everything from the canal’s opening in 1910 to Friends’ ongoing and expanding efforts to keep the waterway clean, including a Litter Free Toolkit we developed to help people organize their own trash-removing projects.

Litter has a terrible impact on the environment: It harms wildlife, mucks up riverbanks, and generally makes our world look like a mess.

“We’re working to make the Chicago River system, which includes the North Shore Channel, one of the greatest rivers in the world,” Hauser, Friends’ ecology outreach manager, told presentation attendees.

Although the Chicago River was reversed in 1900 through the opening of the Chicago Sanitary and Ship Canal, which sent wastewater downstate to the Mississippi River, the Chicago River system remained stagnant in many places. The North Shore Channel, an 8.1-mile-long connection to Lake Michigan from the North Branch at Foster Avenue, served as a way to jumpstart the river’s flow, much like one might push a car that won’t start, said Hauser.

“What they wanted to do was get the river moving by putting some more water in from above, pushing that water through the city, and getting it out through the south,” said Hauser.  Around the same time, the North Branch of the Chicago River was being straightened from Lawrence Avenue to Belmont Avenue. 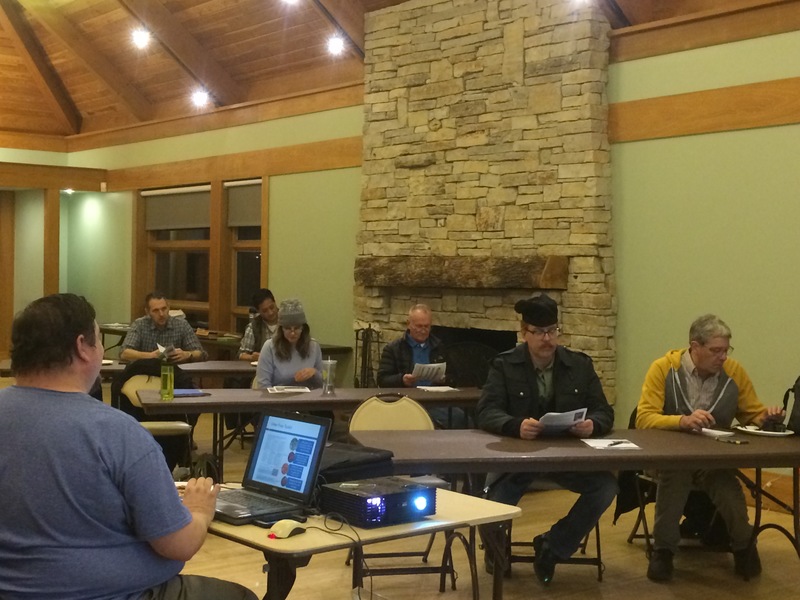 The channel averages 90 feet in width. Near the lake, it is 7 feet deep and about 10 feet deep near Foster Avenue. Over the years the North Shore Channel has become a popular recreational choice for paddlers. Unfortunately, it also can be an eyesore from trash. But that’s not solely from careless litterbugs, Hauser said.

“Someone could do a very good job of putting trash into a recycling bin or in a trash can and the cans may get knocked over. The wind then blows that trash into the water. That’s an issue of timely pickup,” said Hauser. Wayward trash may end up in parking lots and be carried to the river through storm drains, he added. “We often blame people for all the trash but sometimes people actually take care of it and it gets away accidently,” he said.

Friends’ Litter Free Toolkit contains a wealth of information, including the most common types of trash found in river cleanups (cigarette butts, followed by plastic bottles and caps, food packaging, plastic bags and aluminum cans) as well as how to organize a litter cleanup yourself.

Since 2016, in a project funded by the Mars Wrigley Foundation, Friends has been trying to learn more about trash in the river through a process called “hotspotting.” That effort, led by Friends Director of Strategic Initiatives Joanne So Young Dill, identifies locations where trash regularly accumulates and its possible causes.  This fall Friends expanded our footprint downstream from the North Shore Channel into the North Branch to collect data about the movement and type of litter that pollutes the river. 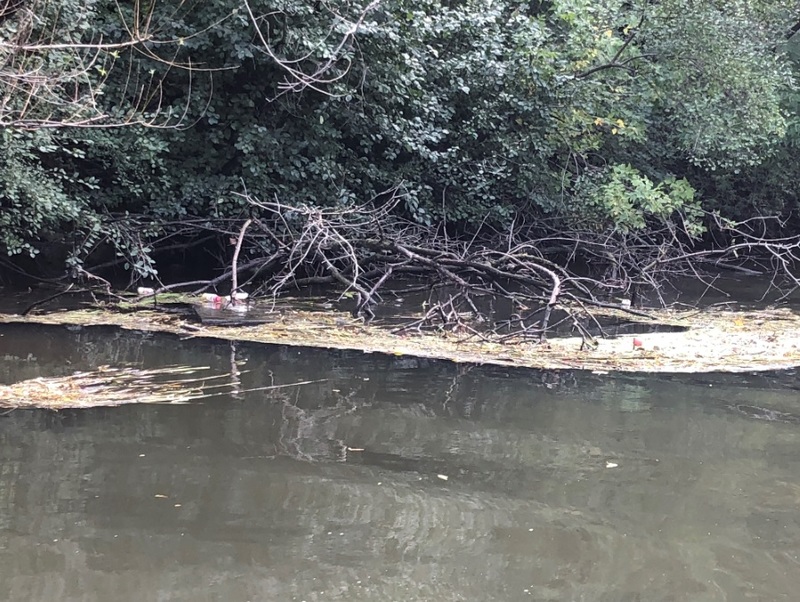 Trash collects on the waterway between Bryn Mawr and Foster Avenues.

Such litter mapping will help Friends combat garbage and debris in strategic ways and allow Friends to understand more about its sources and locations. That will help us advocate for and implement best-practice litter prevention projects with government partners and community groups using Friends’ Litter Free Toolkit.

The Litterfree Toolkit is a step-by-step guide to organizing and hosting a litter cleanup. It helps users how to select a location, how to publicize a #LoseTheLitter event, hints on recruiting volunteers and steps to keep everybody safe. The toolkit helps organizers do a rapid trash assessment and includes a clean-up liability waiver.

Anderson, who, as Friends' volunteer and events associate, organizes the organization's signature cleanup event, Chicago River Day, urged the Evanston Ecology center attendees to participate this year on May 11 and gave them tips on how to run their own trash pickup projects. Of the 2,000 volunteers at 70 locations across the area at last year’s Chicago River Day, some 60 percent had never participated before, she said. 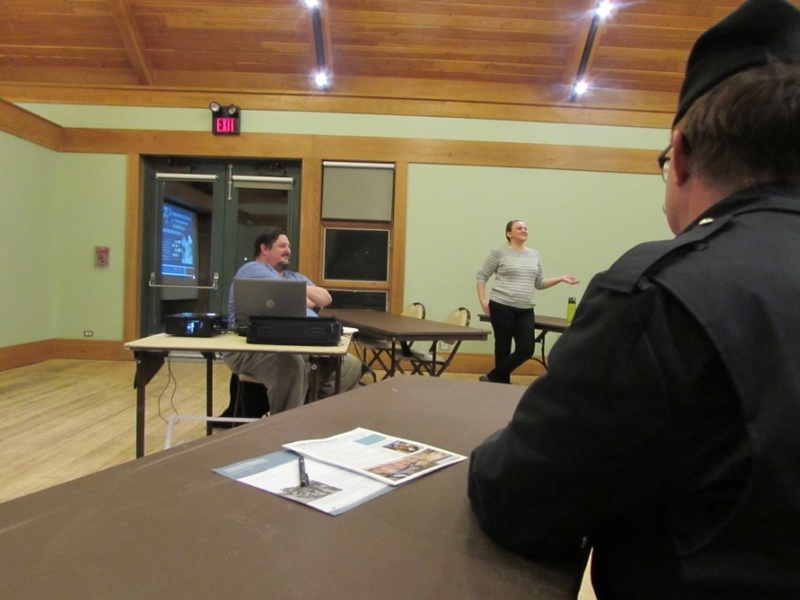