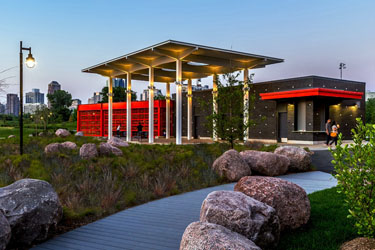 Past Chicago River Blue Award receipients include the Chicago Riverwalk and the boathouse at Ping Tom Memorial Park (shown above).

Applications for the awards are due on April 3.