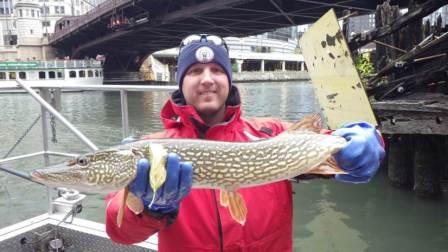 Friends of the Chicago River has been seeking this change since 2002 and worked together with a strong team of partners and stakeholders, including many of you that took the time to file an official public comment, to make it happen.

The new rules are the next big leap forward for the Chicago River system in a summer that already has seen the implementation of disinfection for the first time at the Calumet wastewater treatment plant; the opening of the Thornton Quarry, adding 7.9 billion gallons of sewer system storage capacity, greatly reducing flooding and combined sewer overflows; and the unveiling of the Chicago Riverwalk, bringing thousands of people to the Chicago River downtown.

Friends is proud of our progress. And the fish told us they love it, too.