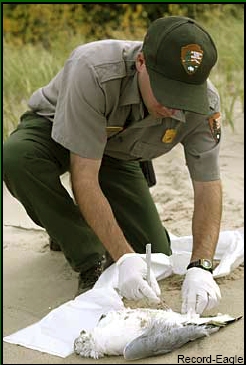 A series of reports regarding dead birds along the North Shore Channel, North Branch and the Main Stem has triggered a response from the Metropolitan Water Reclamation District and Illinois Department of Natural Resources (IDNR) which suspects Botulism C as the source.

IDNR has asked Friends to field calls regarding dead birds in and along the river so all reports should be directed to mfrisbie@chicagoriver.org.

The date, specific location, and species should be included and all reports should be made immediately.

In addition, dead common carp were reported in Main Stem and MWRD is investigating.