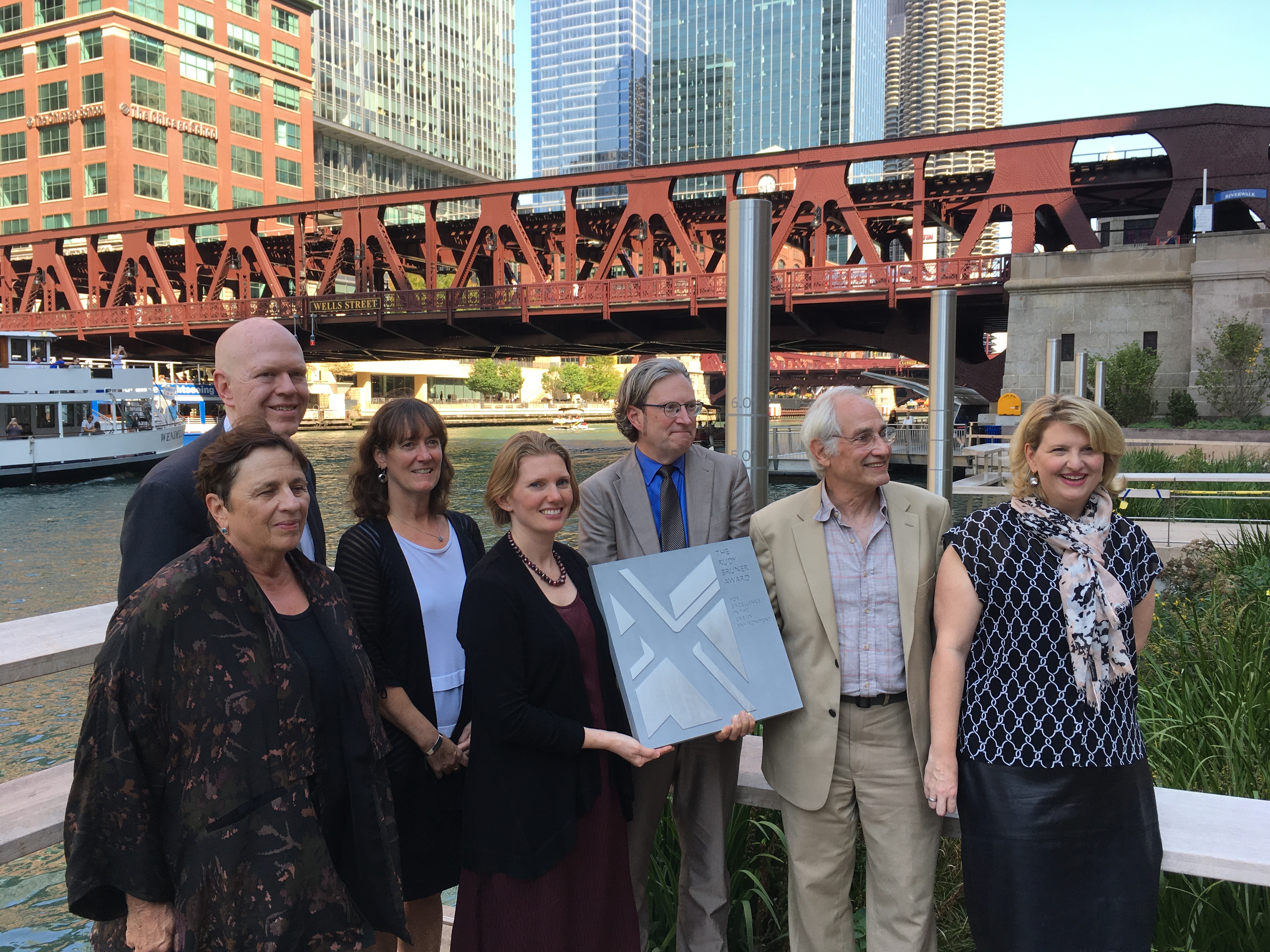 In presenting the award in a ceremony at The Jetty on the Chicago Riverwalk, Simeon Bruner, the founder of the award named after his father, said; "The Chicago Riverwalk is a wonderful example of the transformative power of visionary public leadership and investment in the urban infrastructure of our cities."  The award sponsored by the Cambridge, MA-based Bruner Foundation, is the 18th major honor for the Riverwalk project, the final two phases of which were constructed from 2013 to 2016.

“The City of Chicago can take pride in this national recognition for the Chicago Riverwalk, a transformative project that has reshaped the way people interact with the Chicago River,” Mayor Emanuel said.  “By creating the Riverwalk and making investments on the South and North Branches of the river we are building on Daniel Burnham’s vision and turning the waterfront into a magnet for both recreational opportunities and economic growth.”