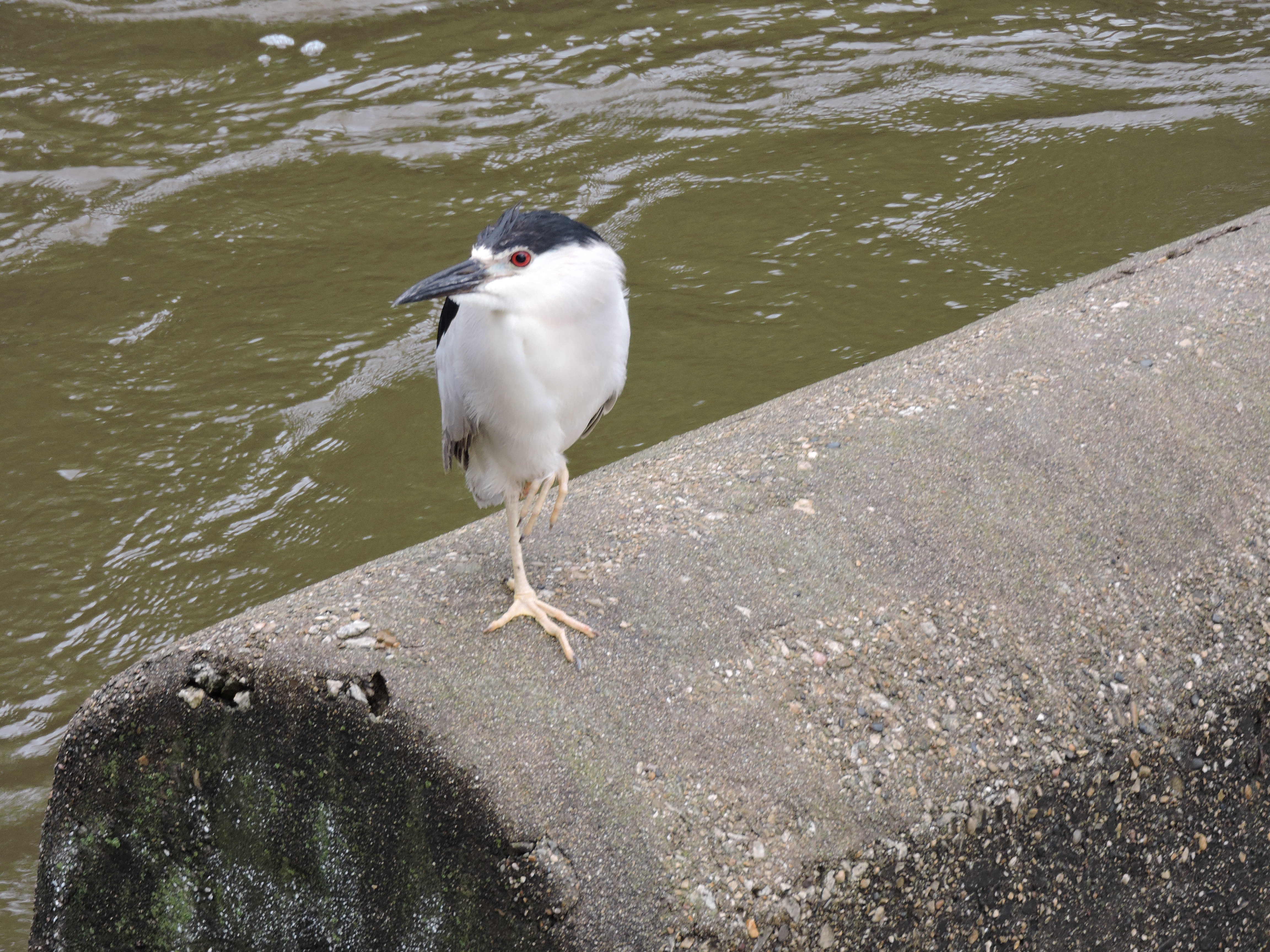 We were doing some scouting Tuesday at River Park, 5100 N. Francisco Ave., and spotted these black-crowned night herons. The Chicago River was really rushing after the recent rains and the birds were hovering and on the hunt for fish.

About eight of these birds, considered endangered by the state, were hanging out by the soon-to-be-removed dam.

They're not only beautiful creatures but interesting, too. Populations declined in the 20th century because of habitat loss and the effects of DDT and other pesticides. But following the banning of DDT, the night heron population bounced back.

The Cornell Lab of Ornithology says that colonies of black-crowned night-herons "can provide good indications of overall environmental quality, because night-herons forage at the top of food chain, nest in colonies (where they are fairly easy to study), and have a wide distribution." They tolerate disturbances such as traffic, "so they are especially useful in revealing environmental deterioration in urban environments," Cornell says.

With diets of fish, lizards, mice and turtles, they're most active at dusk or at night. They grow between 23 and 26 inches long and can weigh about two pounds. Adults have black bills while the younger ones have yellow-and-black bills. They tend to roost in groups.

Among black-crowned night herons, the male starts building the nest with sticks or twigs. Once he has found a mate, he continues to collect nesting material but the female takes over constructing it. The nests are 12 to 18 inches across and 8 to 12 inches high, big enough for three to five greenish blue eggs, according to Cornell. The eggs incubate for about a month; the birds fly at around six weeks.

The dam at River Park is slated to be removed and replaced with a series of man-made riffles — rocks that will assist in improving water quality and fish habitat. More on that later.

For now, look at these amazing birds: 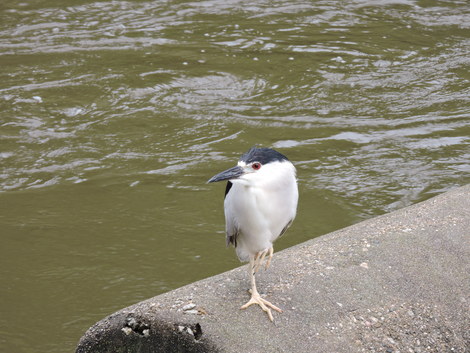 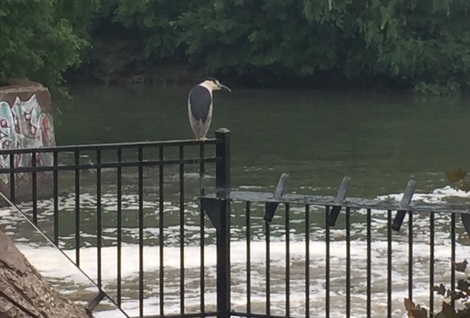 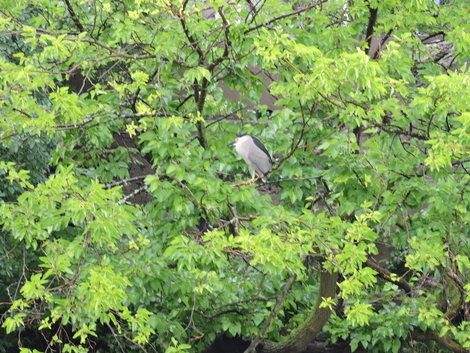 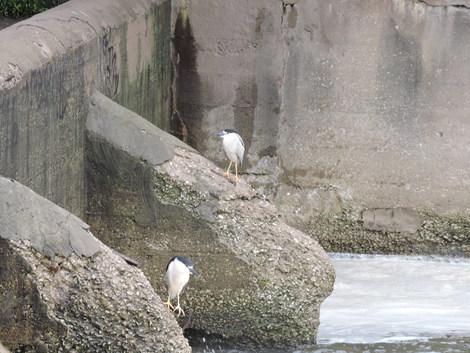 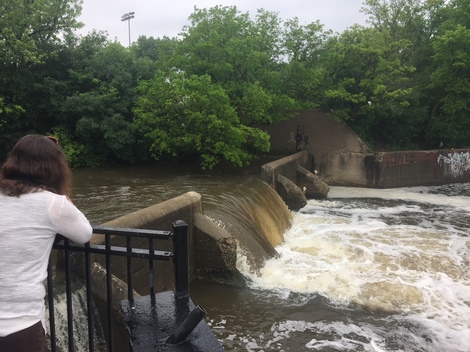 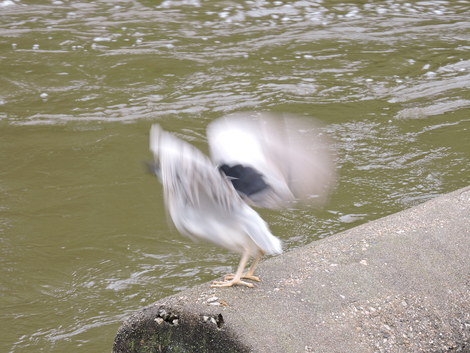