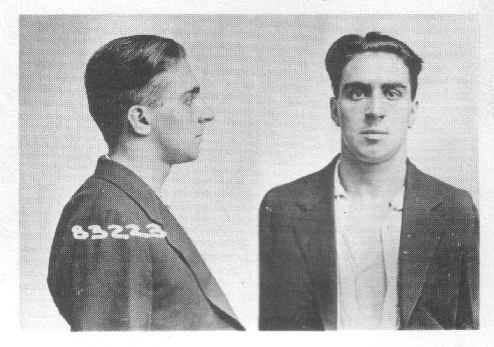 Our summer speaker series kicked off Monday June 9 on the plaza of our McCormick Bridgehouse & Chicago River Museum with bridge expert and author Patrick McBriarty.

1. The color of the bridges is called "old bordeaux" and is made from a combination of red and black paints.

2.Capone-era mobster Vincent "The Schemer" Drucci tried to elude police by driving over the Michigan Avenue bridge as it was going up. He made the leap successfully but was captured by police after he was stuck in traffic on the north side of the bridge and tried to flee on foot. A member of the North Side Gang under Dean O'Banion, Drucci was later killed by police in 1927 while inside a police squad car.

3. Chicago fire boats sometimes hose down the bridges in hot weather in order to make the structures fit. Heat can make the steel in the bridge expand, hindering either the raising or lowering of the bridge. 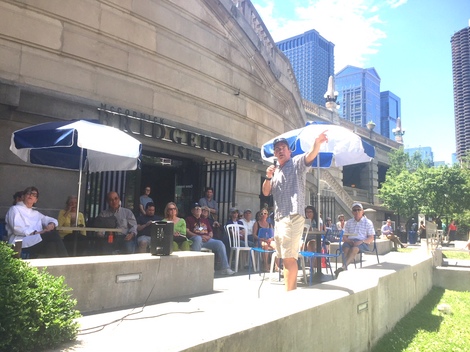 Next Monday, on July 16, the guest speaker will be Mujay Gula, lecturer at the School of the Art Institute, who will talk about the Tender House Project that explores new possibilities for bridgehouses. Join us at 12:15 p.m.

Here is the rest of the schedule for the summer: