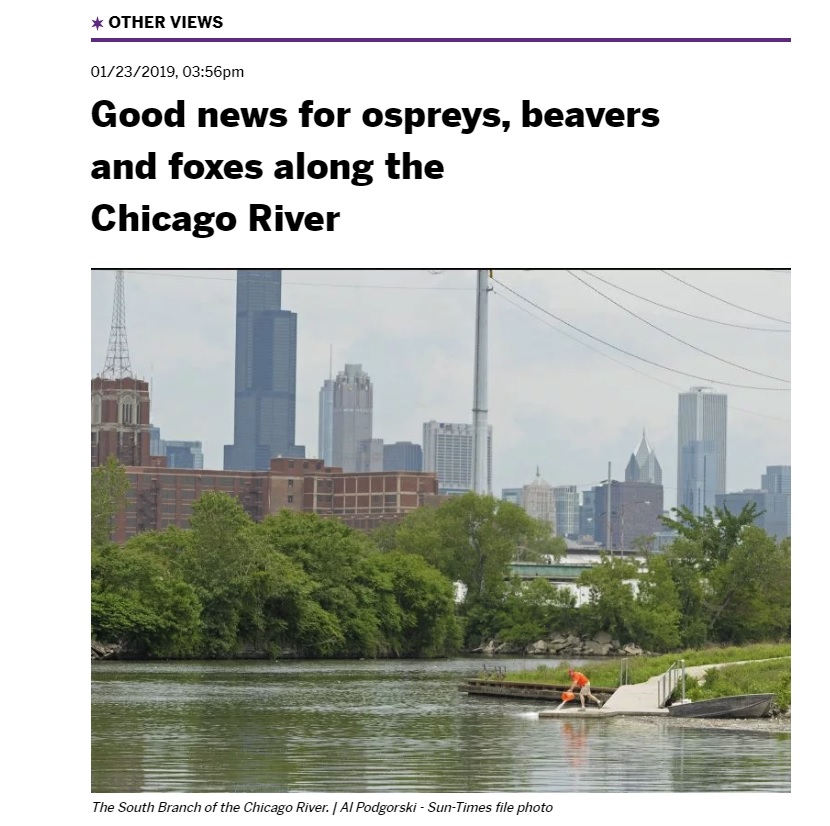 The Chicago Plan Commission has approved a series of guidelines that developers will have to meet when building on riverfront property. These protections were developed with input by Friends of the Chicago River and other environmental organizations.

The Chicago River Corridor Design Guidelines, last updated in 2005 under then-Mayor Richard M. Daley, aim to ensure that properties along the Chicago River are developed to improve aesthetics, enhance the natural environment, and provide public access and recreational opportunities. They include a new level of specificity and expressed desire on the part of the city to create and protect habitat.

The 129-page city guidelines cover such areas as setbacks, the creation of biking and walking paths, lighting, landscaping, and riverbank treatments.

"Hard shorelines are not only less aesthetically appealing, but can also decrease fish populations, increase water velocity, and hasten erosion," the guideline authors write. "Naturalizing the river's edge at the location of an existing bulkhead or seawall is encouraged. Advantages to naturalized shorelines include both ecological and economic benefits."

Indeed, every dollar invested in clean water and public open space provides a 70 percent return in business revenue, tax revenue, individual income and jobs, according to the "Our Liquid Asset: The Economic Benefits of a Clean Chicago River" analysis released in 2013 by Friends and Openlands.

Mayor Rahm Emanuel told Crain's Chicago Business that one developer told him that using the word "riverside" on a downtown address rather than using the street address adds 20 percent to the value of a project. Emanuel cited four boathouses that have been built in recent years as an example of a rapidly changing river.

He also established a new Chicago River Ecology and Governance Group whose members will include the city, the Chicago Park District, the Forest Preserve District of Cook County and the Metropolitan Water Reclamation District. That body will work with groups such as Friends of the Chicago River and use more revenues from developer-paid impact fees for river improvement projects. 'I want the many office and commerical buildings to contribute to the sustainability and development of the river," the mayor told Crain's.

Friends' executive director Margaret Frisbie, writing in an op-ed published by the Chicago Sun-Times, welcomed both the revision and the new governance group.

"The river provides a home to a wonderful variety of species including owls, osprey, mink, muskrats, beavers, bats, turtles, foxes, fish and coyotes — creatures whose lives depend on a healthy Chicago River system and its adjacent lands," Frisbie wrote. "Unfortunately, these natural landscapes often are limited in size, overrun with invasive plants, and fragmented by developed areas where riverbanks have been reconstructed as hard-edge seawalls — limiting the places where wildlife can find food, build nests, or seek refuge.

"Embracing the Chicago River system as a natural resource, rather than a water feature or just a conduit to a stunning view of the city’s skyline, will provide wildlife with food, shelter, predator protection, and nesting areas. It will also promote biodiversity; improve climate resiliency; and reduce flooding, erosion, and the urban heat island effect, all while improving aesthetics, local economies, and quality of life for Chicago residents and visitors," Frisbie said.

The Chicago River Corridor Design Guidelines can be read here.