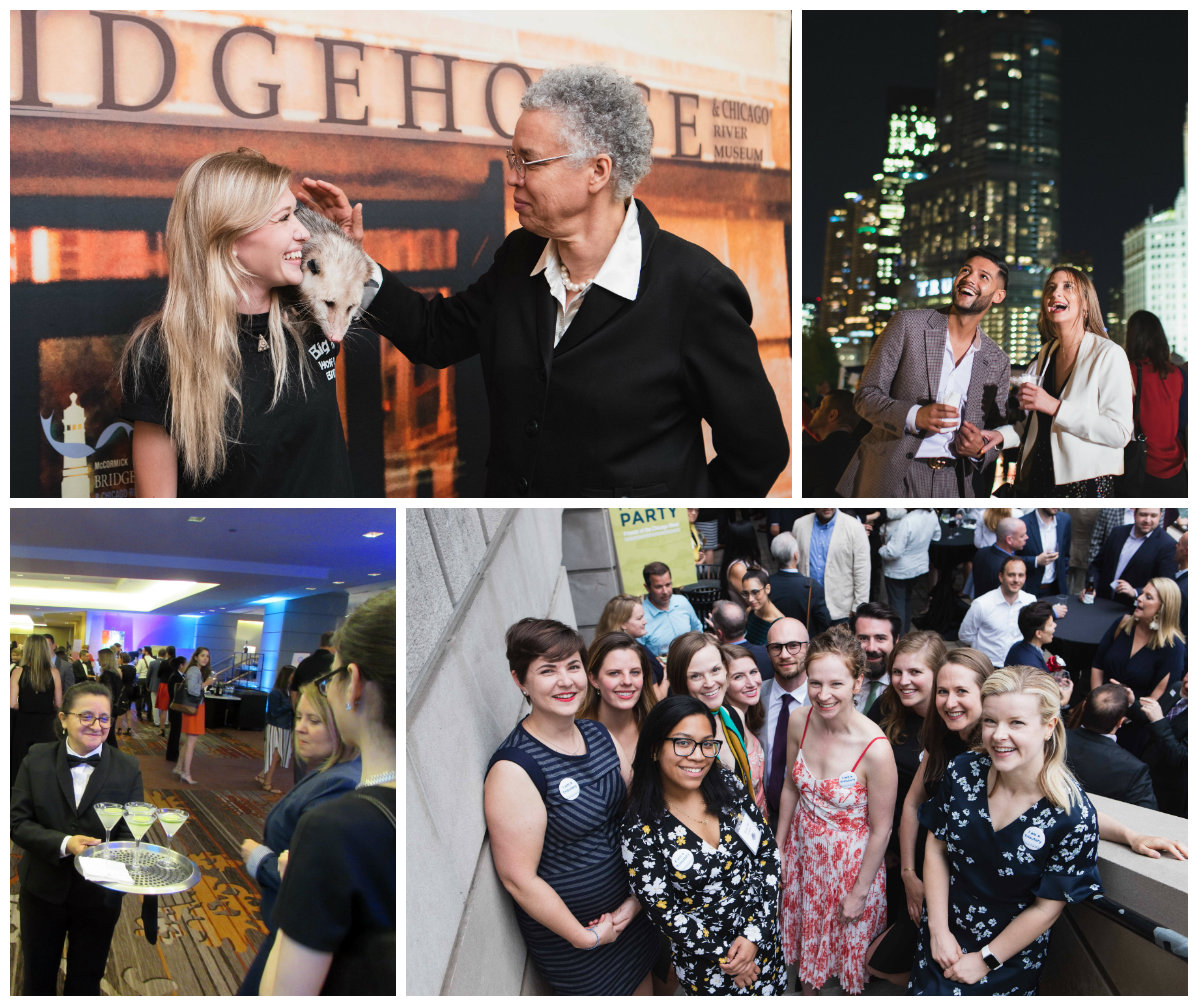 Friends of the Chicago River’s annual fundraiser the Big Fish Ball was a big, big, hit on June 11, 2019, attended by over 540 guests at the Westin Chicago River North and raising nearly $300,000.

“I want to thank Friends of the Chicago River not for this award but what you’ve done for over 40 years, being a voice for the city of Chicago, rediscovering one of the most natural resources we have,” said Emanuel in a pre-recorded video message. “Now we have a chorus of voices for making the river a big part of the city of Chicago – not apart from the city but a part of the city.”

Preckwinkle, who also serves as president of the Forest Preserves of Cook County, noted Friends’ many accomplishments. In particular, as a former high school teacher, she praised the organization’s Chicago River Schools Network that works with students and teachers to use the river system to teach about water, science, history, and culture.

“I’m honored to have this opportunity to honor Friends of the Chicago River for their amazing work and look forward to continuing our partnership,” said Preckwinkle.

The Big Fish Ball was established in 2006 to benefit Friends’ efforts to improve and protect the Chicago River system. Presented by McDermott Will & Emery, the ball featured visits with live wildlife including a Virginia opossum (Didelphis virginiana), a striped skunk (Mephitis mephitis), a common barn owl (Tyto alba), and three types of bats.

A painting created during the ball by artist Gino Savarino of Very Big Artfetched $3,000 during a lively auction, and raffle ticket sales were brisk for chances to win hotel stays, concert events, delicious culinary adventures, and tours. An after-party river cruise courtesy of Shoreline Sightseeing capped off a terrific evening.

A painting created during the ball by artist Gino Savarino of Very Big Art fetched $3,000 during a lively auction and raffle ticket sales were brisk for hotel stays, concert events, delicious culinary adventures, and tours.

Enjoy some scenes from the ball below, taken by Ian Vecchiotti, Andrew Herrmann, and Emma Loew. 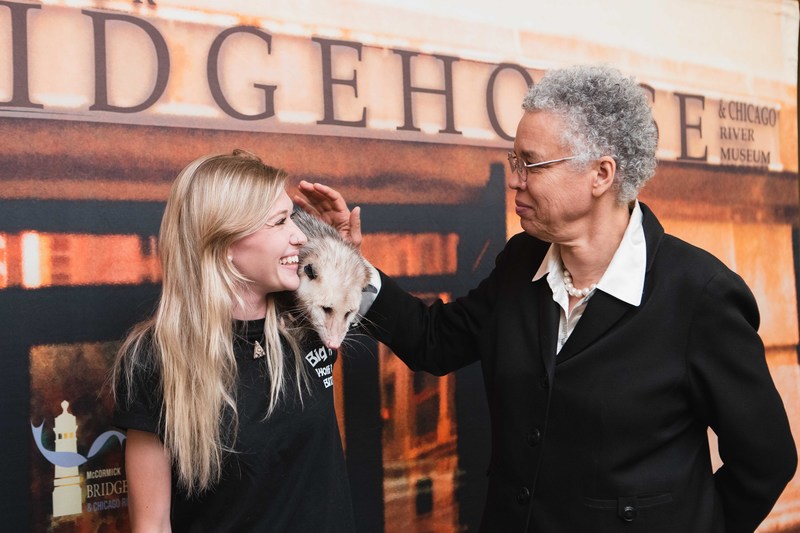 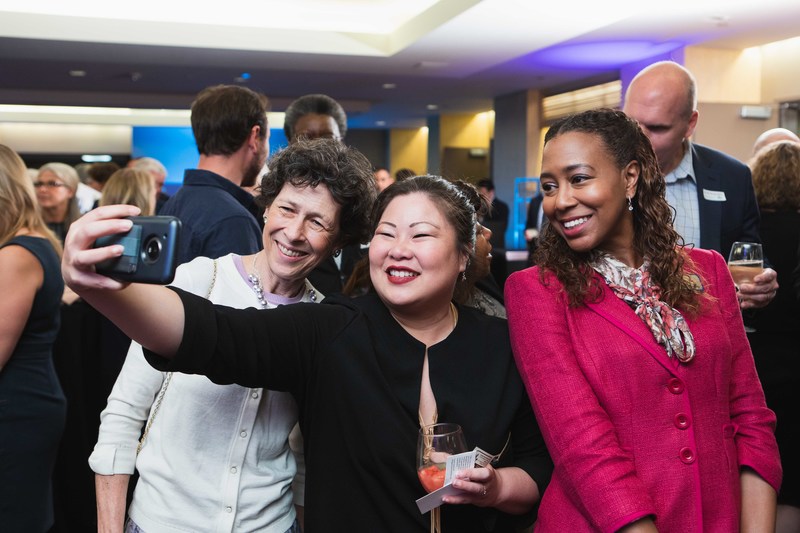 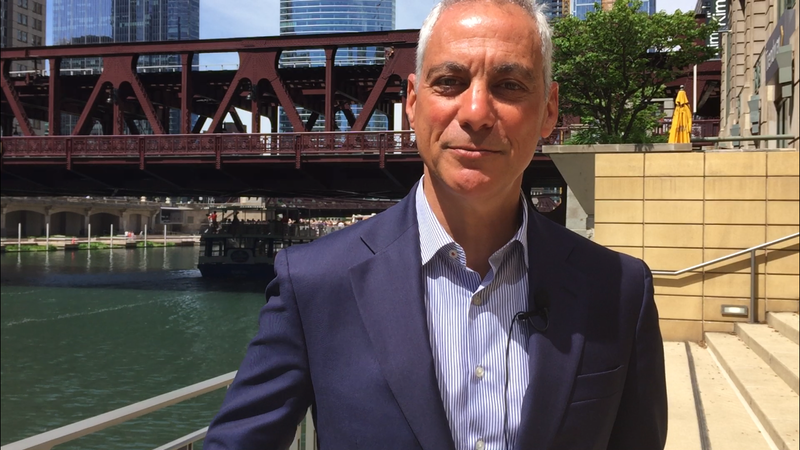 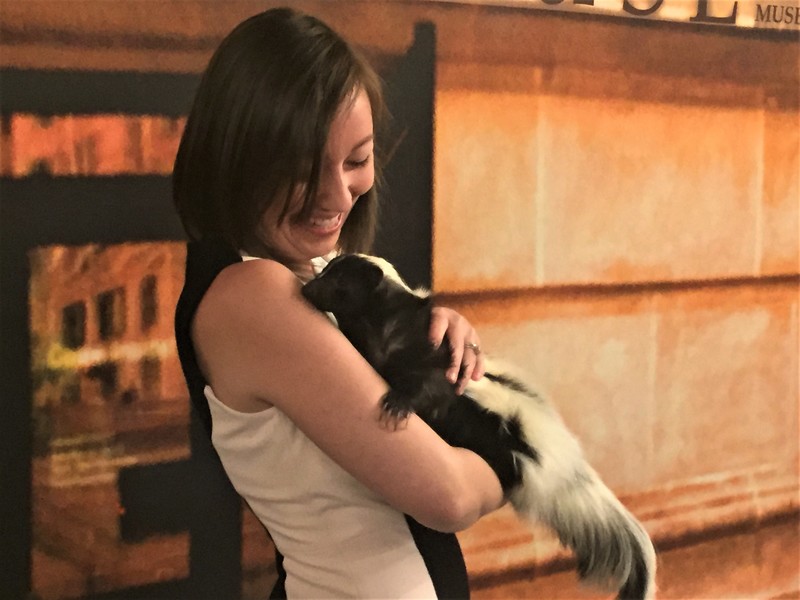 This skunk was a welcome guest. (A.H.) 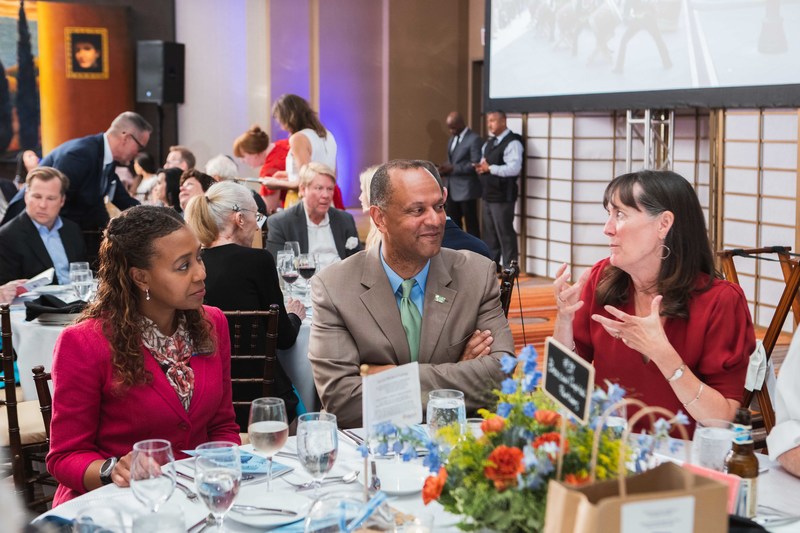 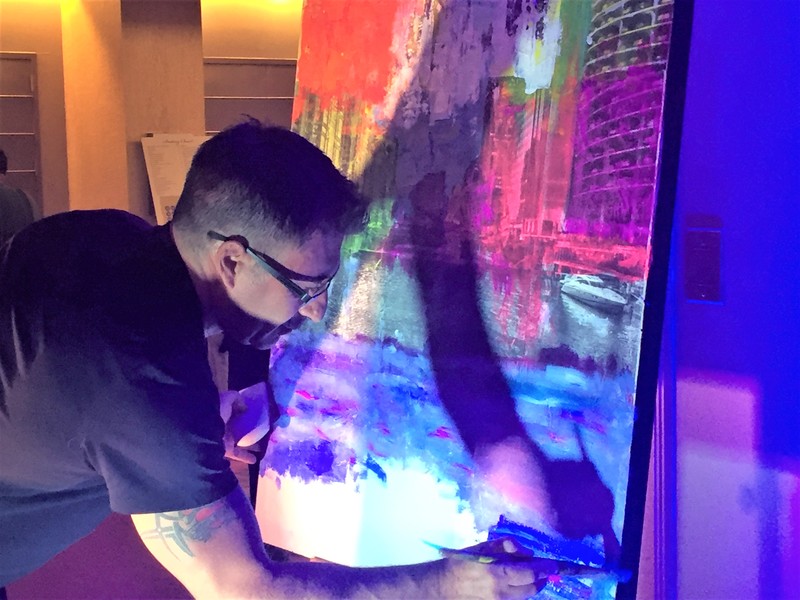 All in a night's work: painter Gino Savarino of Very Big Art. (A.H.) 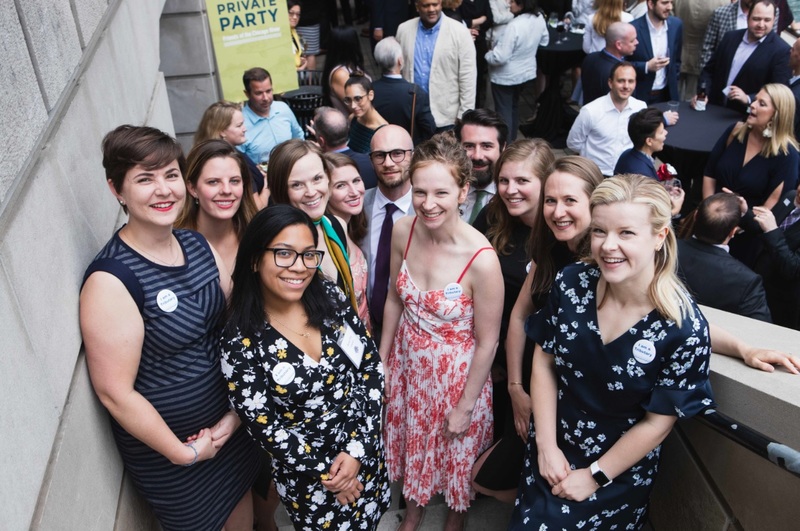 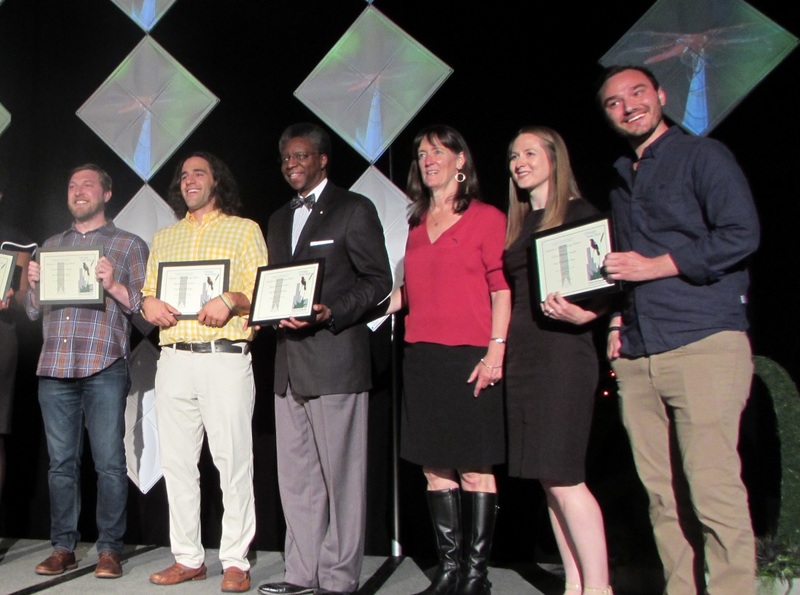 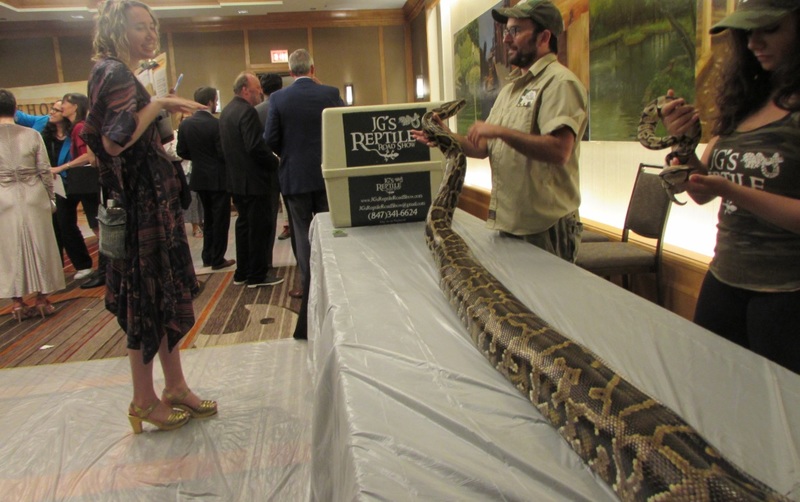 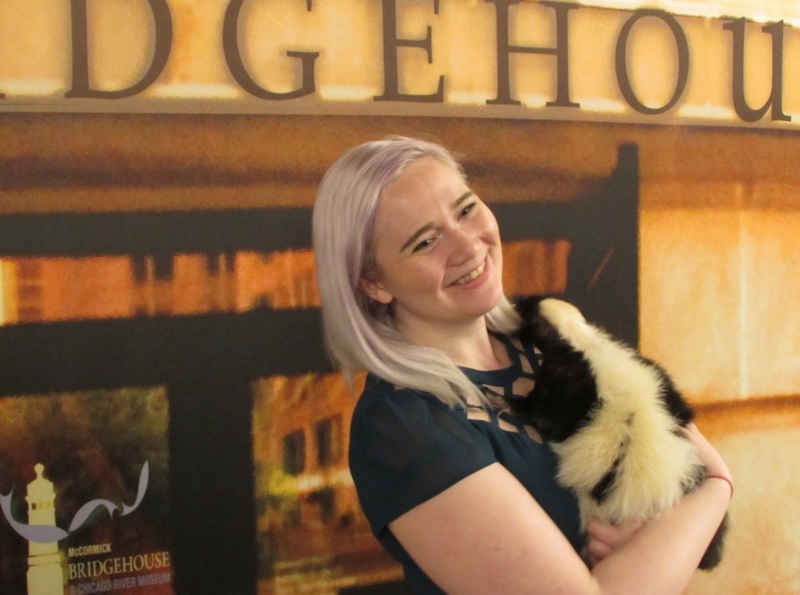 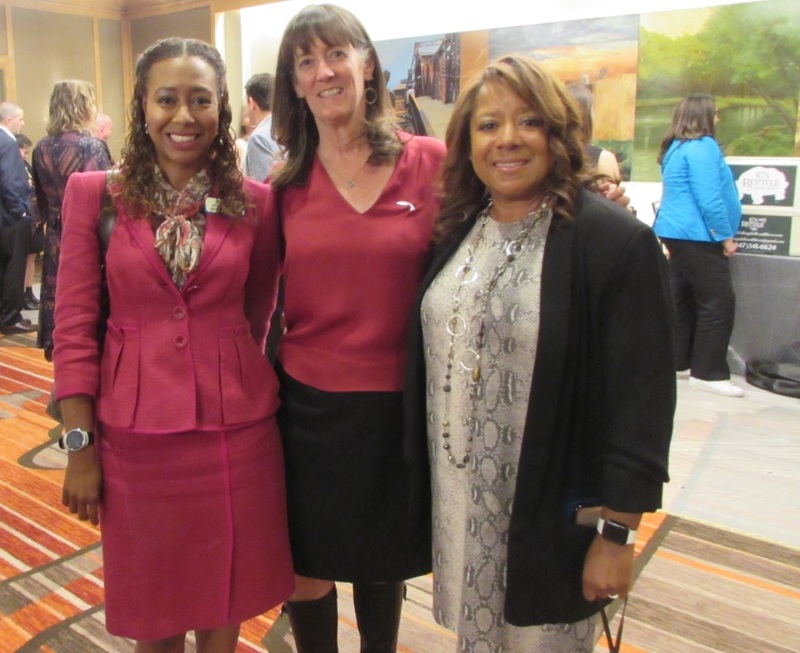 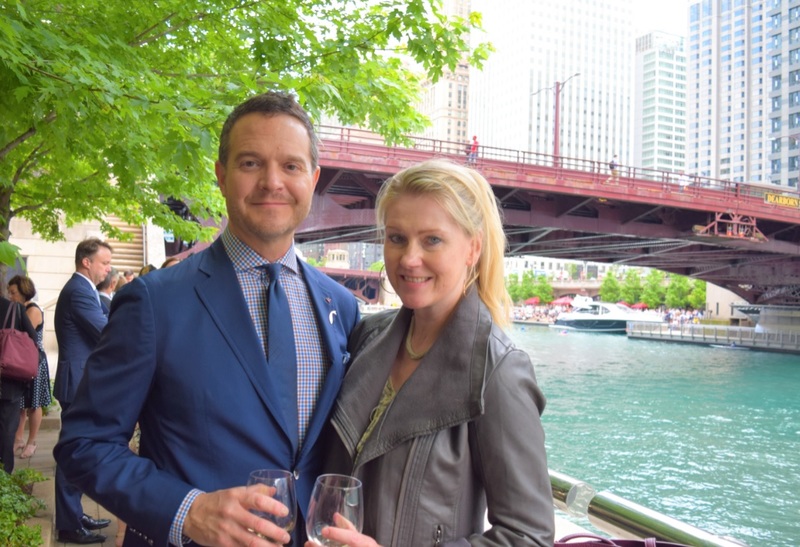 The outdoor plaza was the place to be for Friends board member Dave Loew and his wife Maria. (E.L) 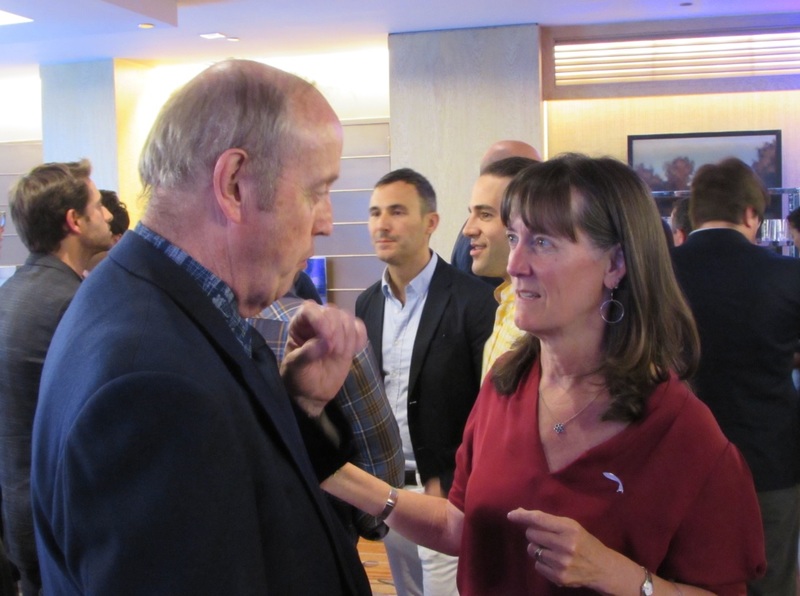 U.S. Army Corps of Engineer's Gene Fleming. The Corps was recognized for its successful efforts to remove a dam on the North Branch. (A.H.) 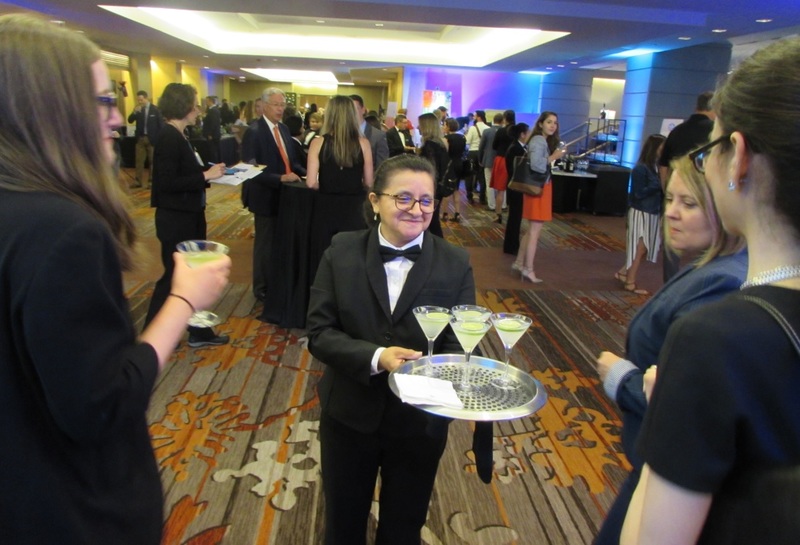 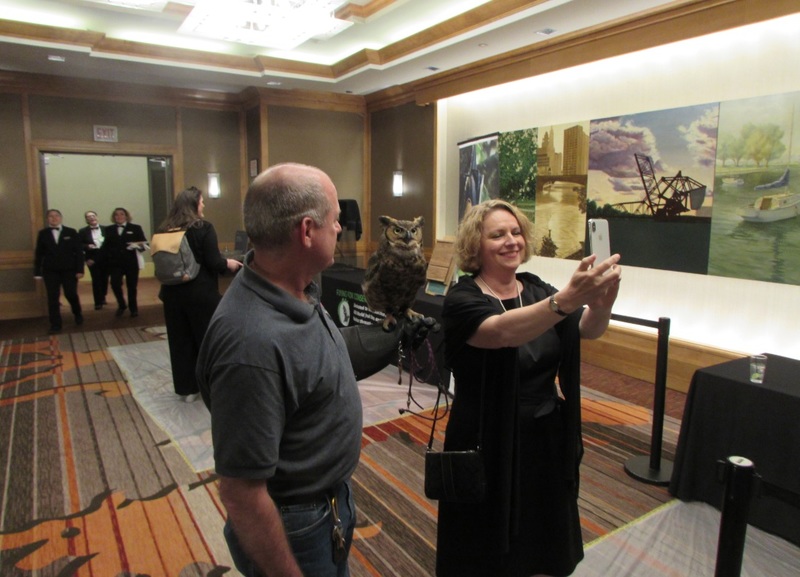 Jackie Loewe, a member of Friends board of directors, snaps a shot with whooo knows who. (A.H) 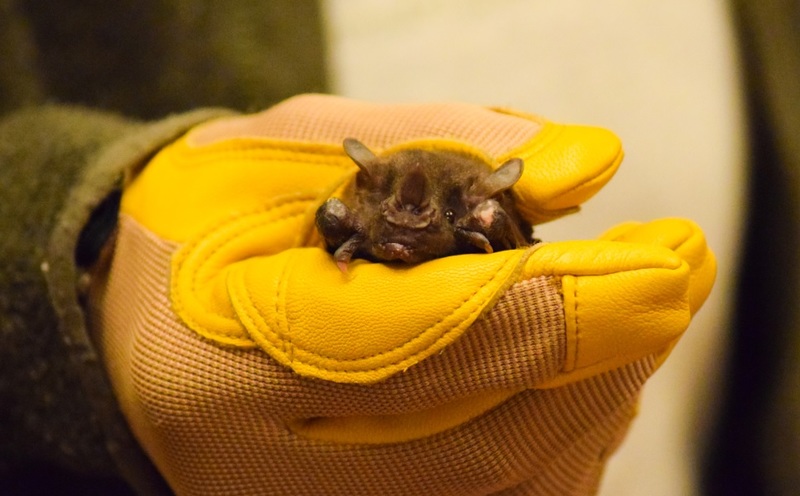 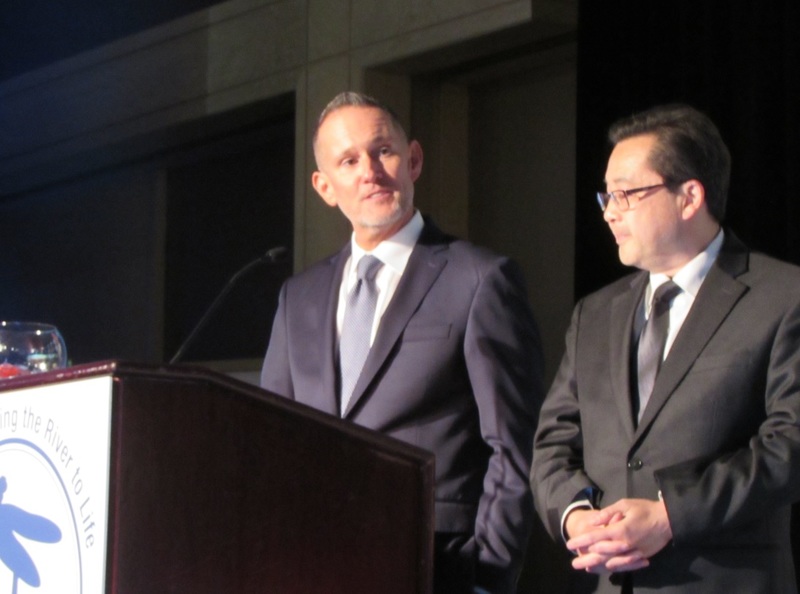 Richard Wilson of Adrian Smith + Gordon Gill Architecture and Robert Sit of site design group, ltd.served, once again, as co-chairs of the Big Fish Gala Committee. Thanks for your excellent work! 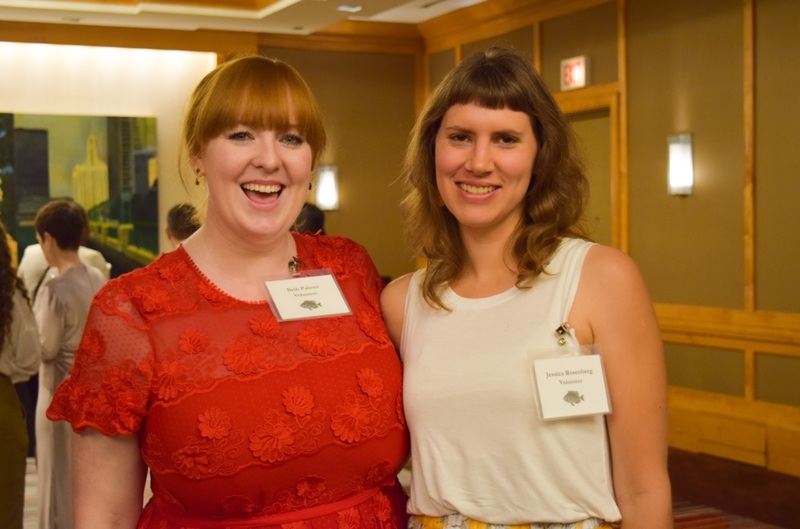 Couldn't pull this off without our volunteers. (E.L) 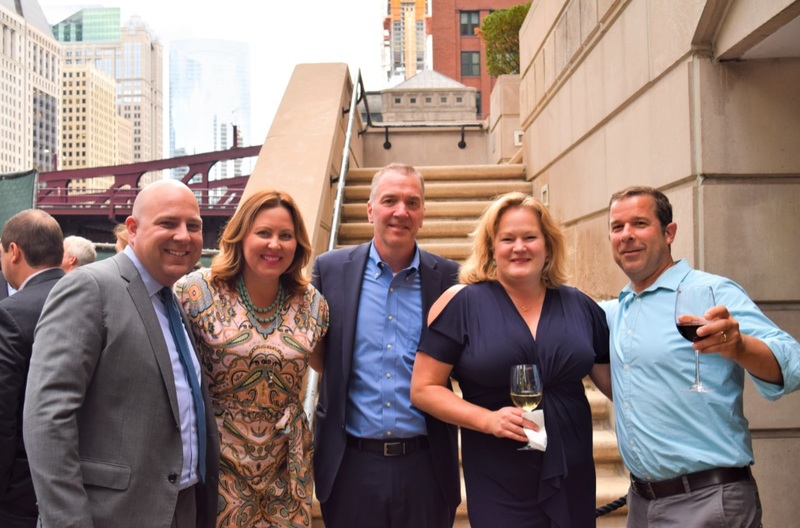 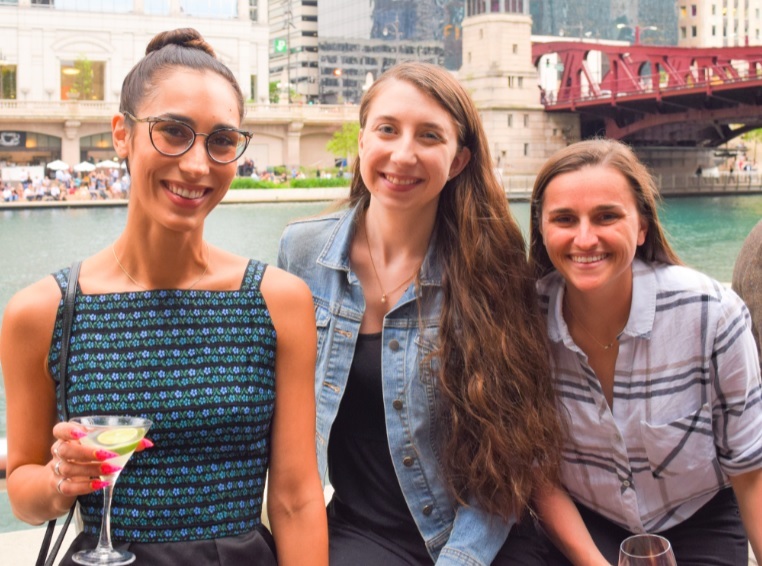 Become a Member of Friends of the Chicago River Today!