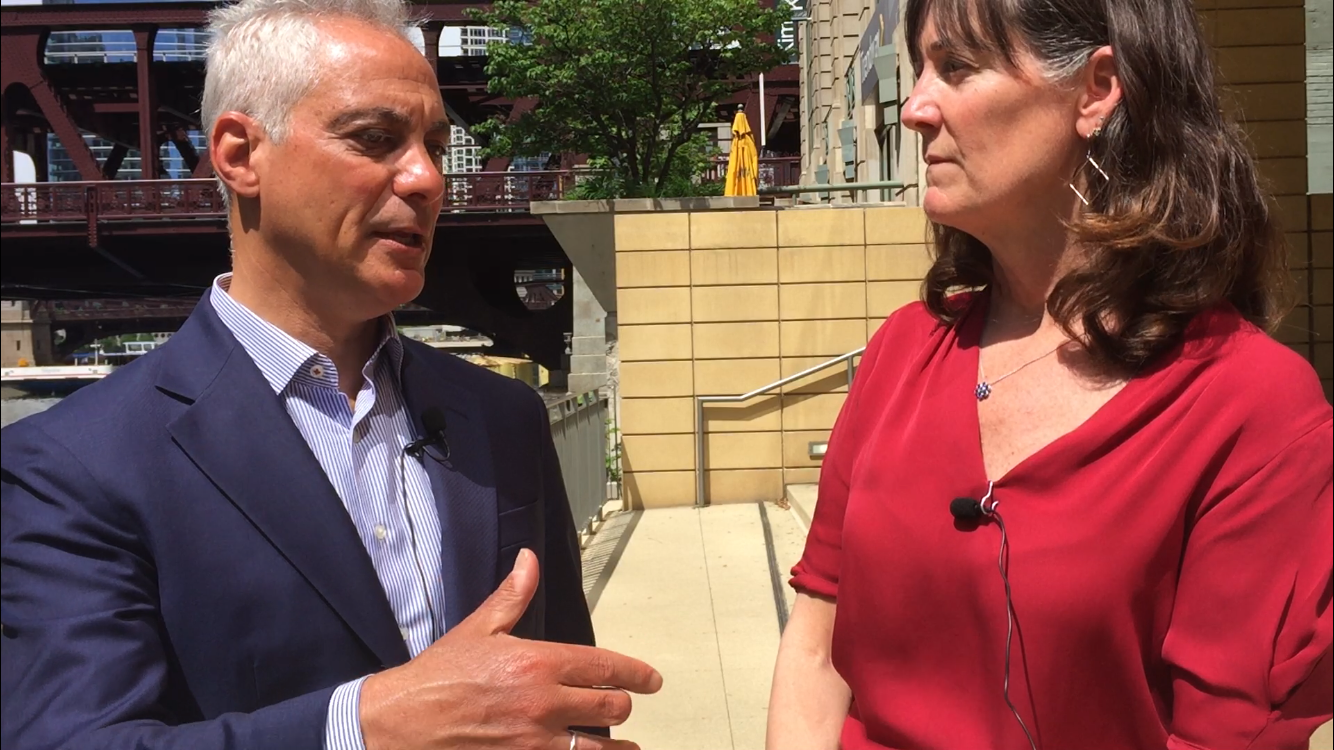 The top prize, the Blue Ribbon Award, was given to former Mayor Rahm Emanuel for his leadership and enthusiasm for projects such as the Chicago Riverwalk, the Wild Mile plan, the 312 River Run, the Chicago River Boathouses, the more ecologically-based Chicago River Design Guidelines, and the River Ecology and Governance Task Force.

“I want to thank Friends of the Chicago River not for this award but what you’ve done for over 40 years, being a voice for the city of Chicago, rediscovering one of the most natural resources we have,” said Emanuel. “Now we have a chorus of voices for making the river a big part of the city of Chicago – not 'apart' from the city but 'a part' of the city.”

The awards were announced at Friends’ 14th annual Big Fish Ball, established in 2006 to benefit Friends’ efforts to improve and protect the Chicago River system. Presented by McDermott Will & Emery, the sold out Big Fish Ball was attended by over 540 guests at the Westin Chicago River North and raised nearly $300,000.

The Blue Ribbon Award winners represent the rare project, design, or leader exemplifying the highest standard of consideration for the Chicago River system. Only one Blue Ribbon is awarded annually. Past winners include the Horner Park Ecosystem Restoration, the Chicago Riverwalk, the Eleanor Street Boathouse, and former Mayor Richard M. Daley.

Under Mayor Emanuel, the Chicago Park District invested in river-edge parks, river-edge natural areas, trails, and community boat houses on the North and South Sides. He led the development of a comprehensive green infrastructure strategy to reduce the burden of stormwater pollution and secured a $98 million loan to realize the Chicago Riverwalk. As a candidate for mayor, Emanuel supported sewage effluent disinfection to ensure dramatically higher water quality, rejecting misinformation regarding costs.

The Silver Ribbon is awarded to projects that exhibit an exceptional level of sustainable practices and design excellence on multiple levels. 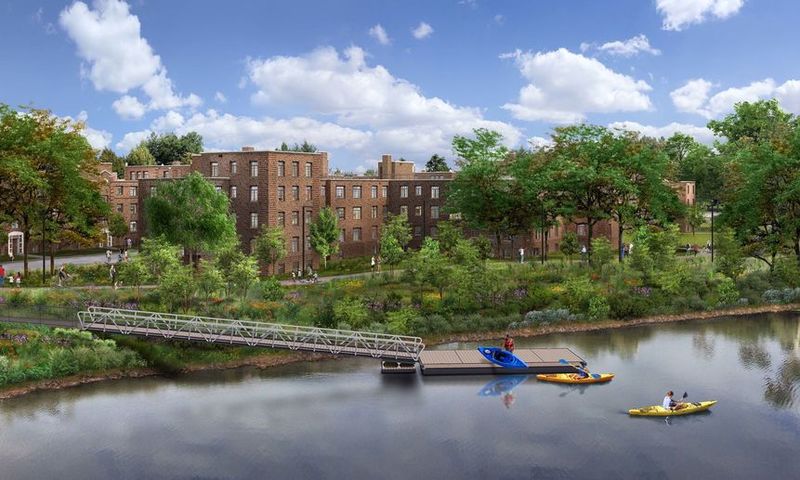 The redevelopment of the former Julia C. Lathrop Homes complex embraces its location along the North Branch of the Chicago River and features the riverfront as a key amenity for the new residents. The development includes naturalized riverbanks and increased access to the waterway for recreation. The project builds upon many other river improvement efforts in the area including previous Chicago River Blue Award winner Horner Park Ecosystem Restoration. 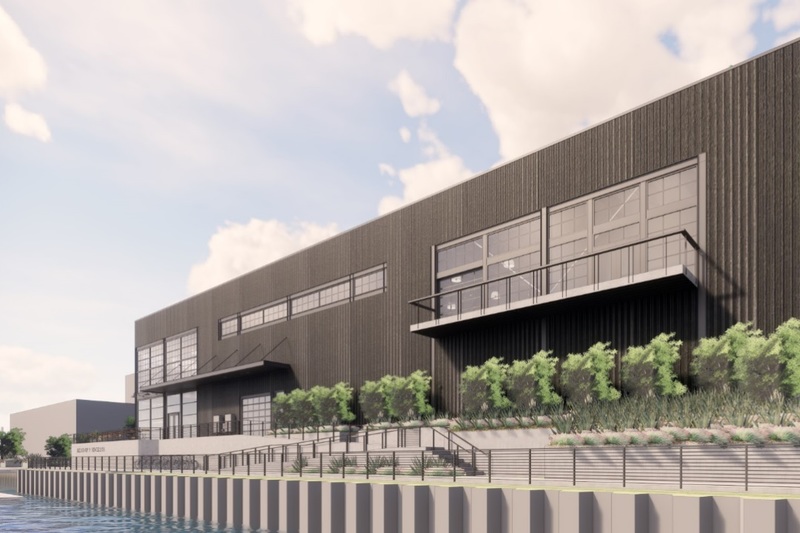 The new home of the outdoors retailer was created by redesigning an old warehouse located on the Chicago River on West Eastman Street. The river-edge facility improves public access to the river through kayak and paddleboard rentals and a floating dock. Additionally, it provides opportunity to interact with the Wild Mile project that will include habitat improvements, pedestrian walkways, fishing stations, vegetative islands, and viewing platforms. 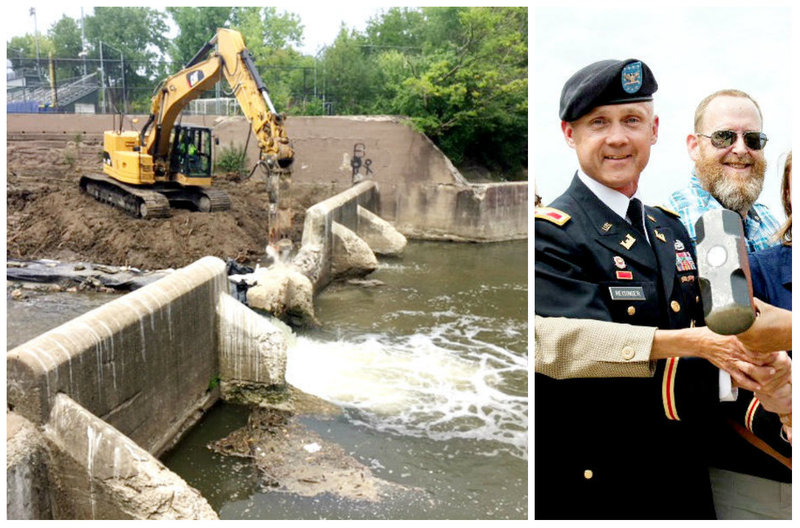 Removal of this dam, built at the confluence of the Upper North Branch of the Chicago River and the North Shore Channel in 1910, provides enormous benefits to people, plants, and animals, particularly fish that are able to access over 50 miles of upstream habitat. Friends began advocating for the dam’s removal in 2002. Aesthetically, removing tons of concrete has beautified the area, returning its natural appearance, and improving paddling safety. 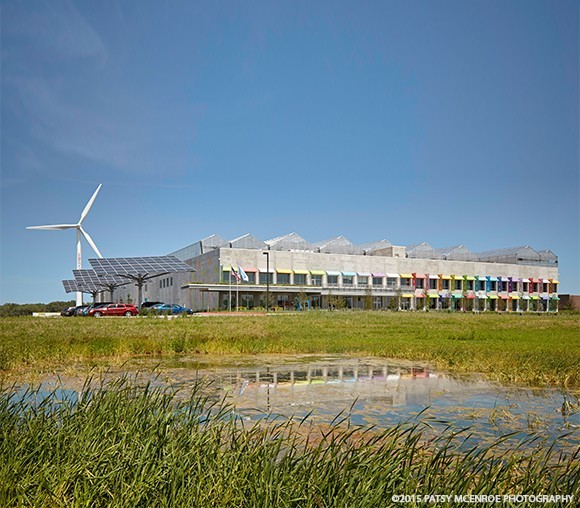 The new manufacturing facility of Method Soap uses clean energy, water conservation technology, and environmentally sensitive materials in its production of household products. The first LEED Platinum manufacturing facility in its industry, the Pullman plant traps stormwater from paved surfaces in bioswales where it is released into the ground.  Additionally, a 1.7-acre rooftop greenhouse is designed to use 10 times less water than conventional agriculture and avoids fertilizer and pesticide runoff. 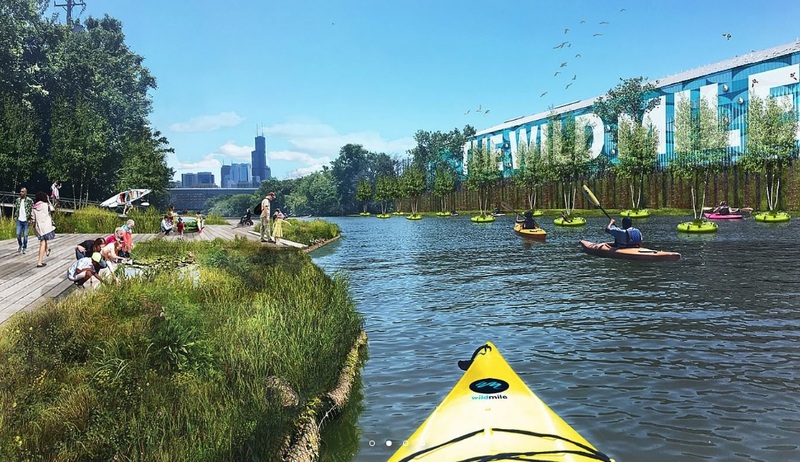 This planned mile-long “eco park” will improve a stretch of the North Branch Canal on the east side of Goose Island, providing animal habitat and recreational opportunities for people. Water quality will be improved though the floating garden’s plant roots which will filter waste through phytoremediation. Included in this effort are wetlands, public walkways, educational learning stations and access points for paddlers.

The Green Ribbon Award recognizes projects that demonstrate a high level of river-sensitive design and consideration. 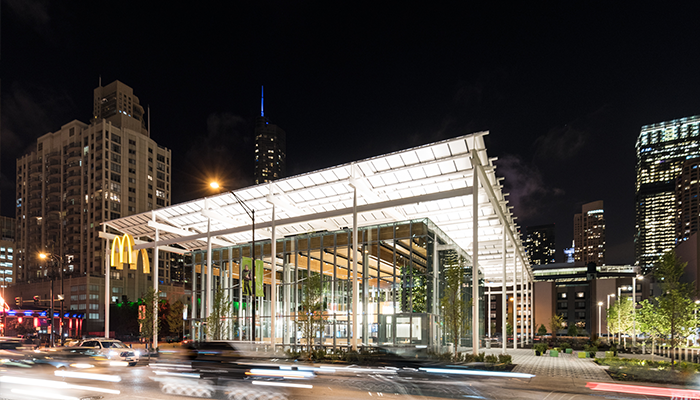 The reimagined flagship location for McDonald’s at Clark and Ohio streets includes more than 70 trees, a vegetated roof space, and extensive use of native plants. Its permeable pavers are designed to reduce storm water runoff and its on-site underground stormwater tank can hold over 65,000 gallons of water. It is designed to use 38 percent less water than restaurants of comparable size. 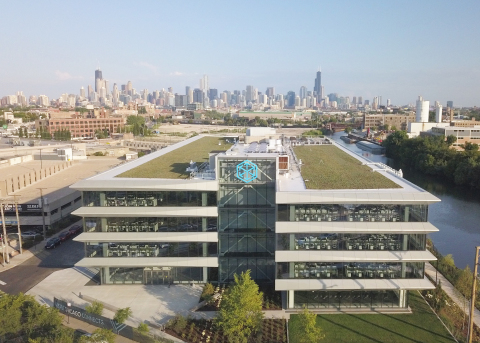 The Chicago flagship of this logistics firm along the Chicago River in the Lincoln Yards area was designed by Skidmore, Owings & Merrill to emulate the flow of the water.  The energy efficient building includes an expansive green roof and replaces a former tannery. Its 30-foot setback from the river allows for a riverside landscaped park and trail.