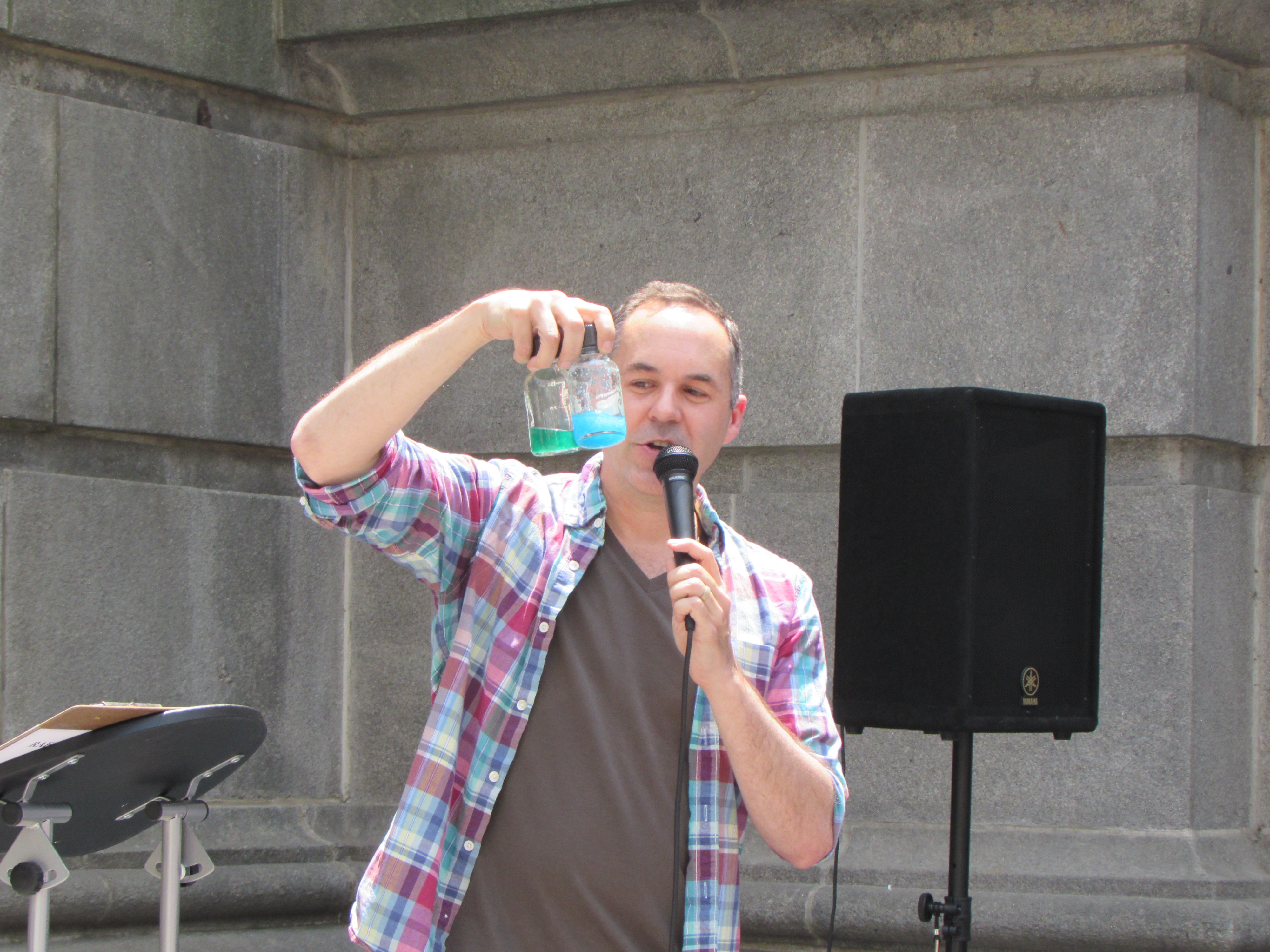 “It’s not something I had imagined myself studying,” Hoellein told the lunchtime crowd gathered on the museum’s recently redesigned Chicago Riverwalk plaza. But while he was working in New York  studying oysters that had been introduced into waterways to help improve water quality and the overall ecology he noticed that many seemed to be naturally thriving on old tires.

That led him to his work today studying trash, primarily in aquatic environments: “Where does it come from? Where is it going? And how does it interact with living things,” are the three driving points of his work, he explained. Hoellein’s laboratory is primarily Chicago-area waterways, including the Chicago River system.

When wildlife eat plastic after mistaking it for food, it can “block their gut which can make them feel full,” though they may actually be starving, he said. Plastics can also contain chemicals, or be coated with chemicals, which may be released into wildlife such as fish and birds.

Studies have shown that 93 percent to 94 percent of fish examined from the Chicago area have some form of plastic presence, he said. Much of the microplastic—the width of a pinkie fingernail or less—found in waterways comes from clothing and other other textiles such as carpets. Synthetic fibers can break loose and either end up passing through treatment plants or simply floating through the air. “They’re ubiquitous in the environment” and can travel hundreds of miles from their origin, he said. Products such as Guppyfriend washing bags, sold by Patagonia and other retailers, can help trap the fibers before entering waterways, he said.

Scientists are still studying how or if microplastics harm wildlife, he said.

In entanglement, wildlife can get tied up in fishing line or plastic bags or six-pack rings. “A lot of times when I go out to the river I’ll see dead birds wrapped up in fishing debris,” he said.

Hoellein has been working with Loyola University students and the Friends-initiated Litter Free Task Force Committee examining trash on the waterway, part of our Litter Free Chicago River trash initiative. Much of what he sees is related to either eating, drinking or smoking, he said, with the debris entering the river either from streets or parks. Sometimes, litter washes into the Chicago River system through combined sewer overflows. These events occur when the sewer system is overwhelmed by rainwater or melting snow and the untreated combination of precipitation and sewage is released into the waterway, carrying more litter and things people flush down toilets.

Litter, he added, “is always on the move.”

There are things individuals can do, he noted, such as reducing single-use plastics, such as disposable water bottles, and trying to bring your own bags when shopping to cut back on using plastic bags. Lobbying lawmakers for stricter regulations is also important, he said.

Organize your own litter pickup day! Our tool kit is here.

One component of plastic pollution often found are “nurdles,” which are pre-production virgin material from manufacturers of plastic products. They look like small Frisbees or discs and they become brittle under sunlight and UV rays, breaking down into tinier bits. These can be easily ingested by wildlife, he said.

Join us for our next Lunchtime Lecture, July 15: Rob Reuland, Landscape Architect

Photos from Hoellein's lecture are below: 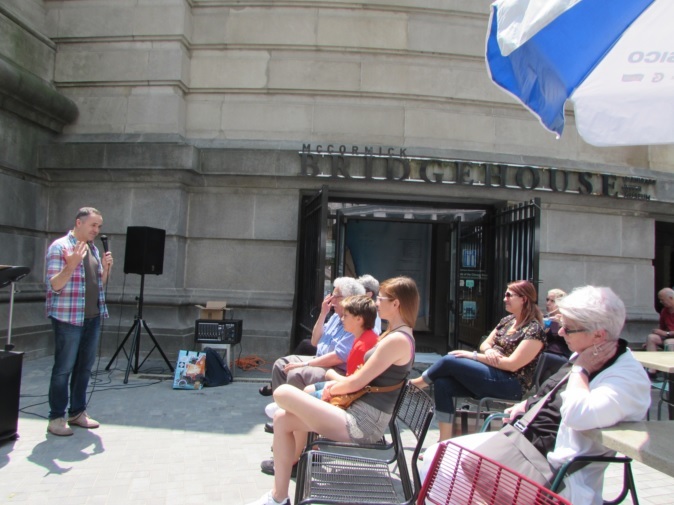 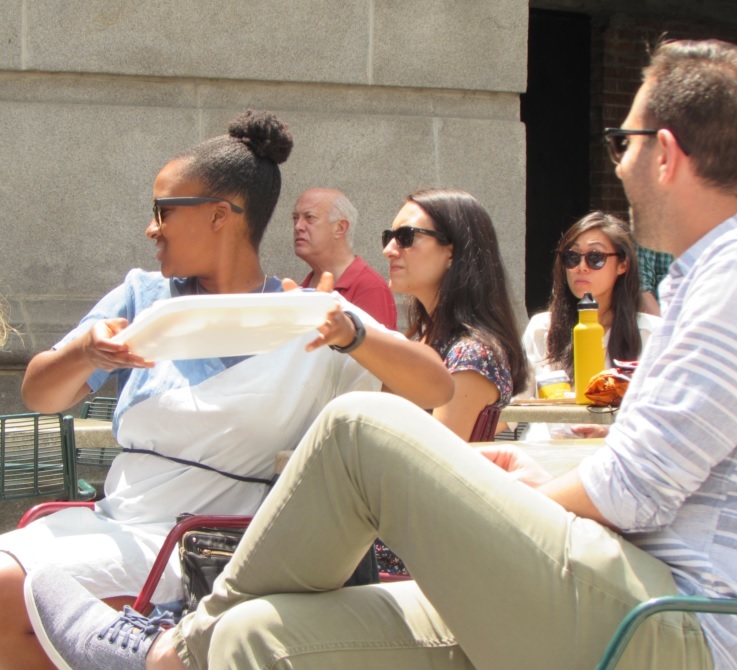 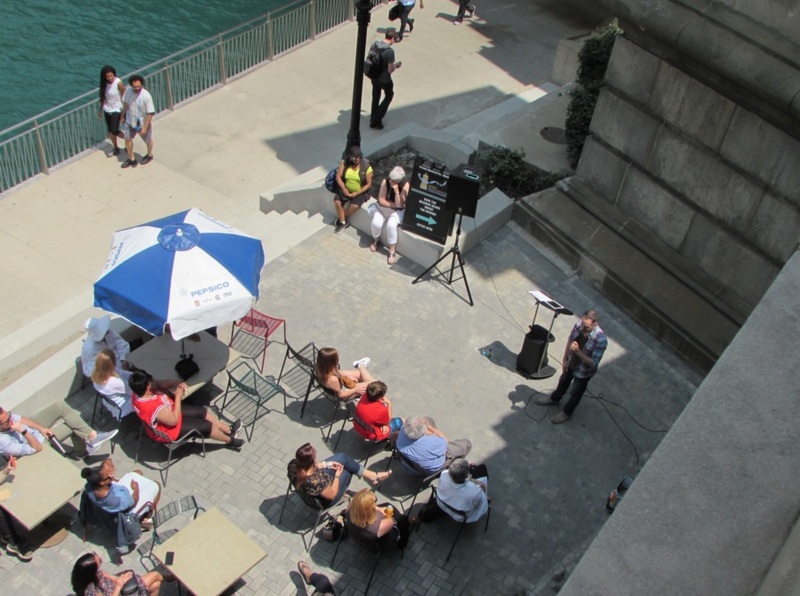 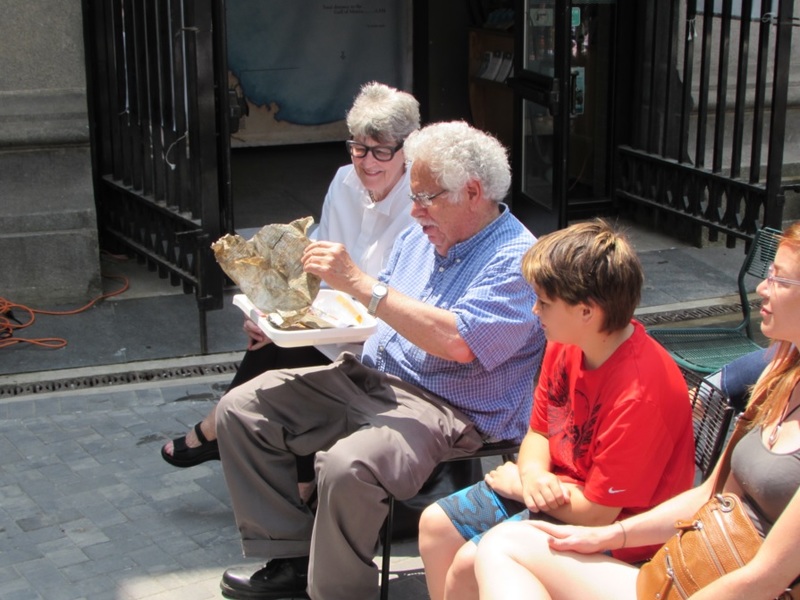 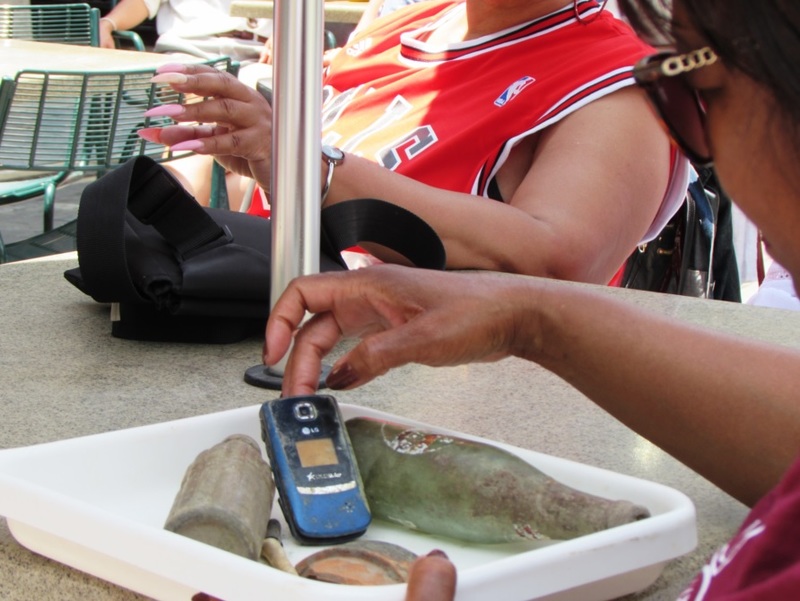 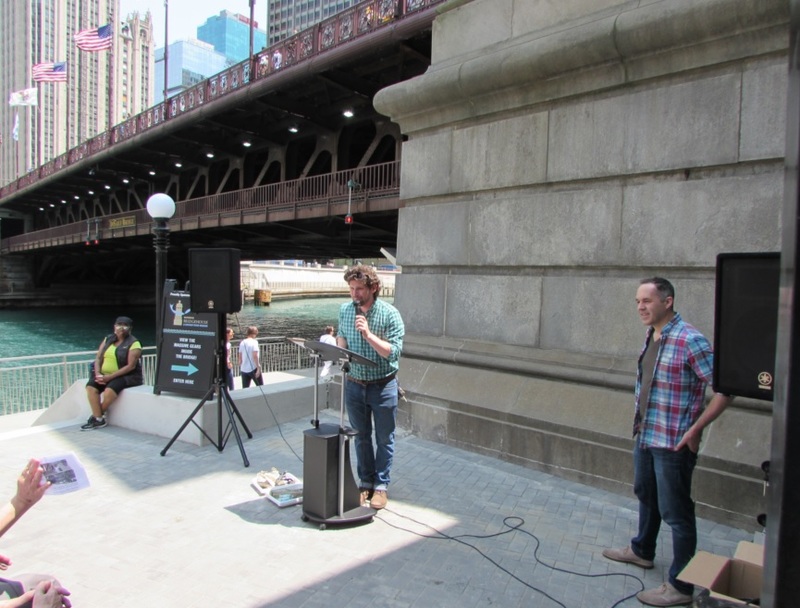