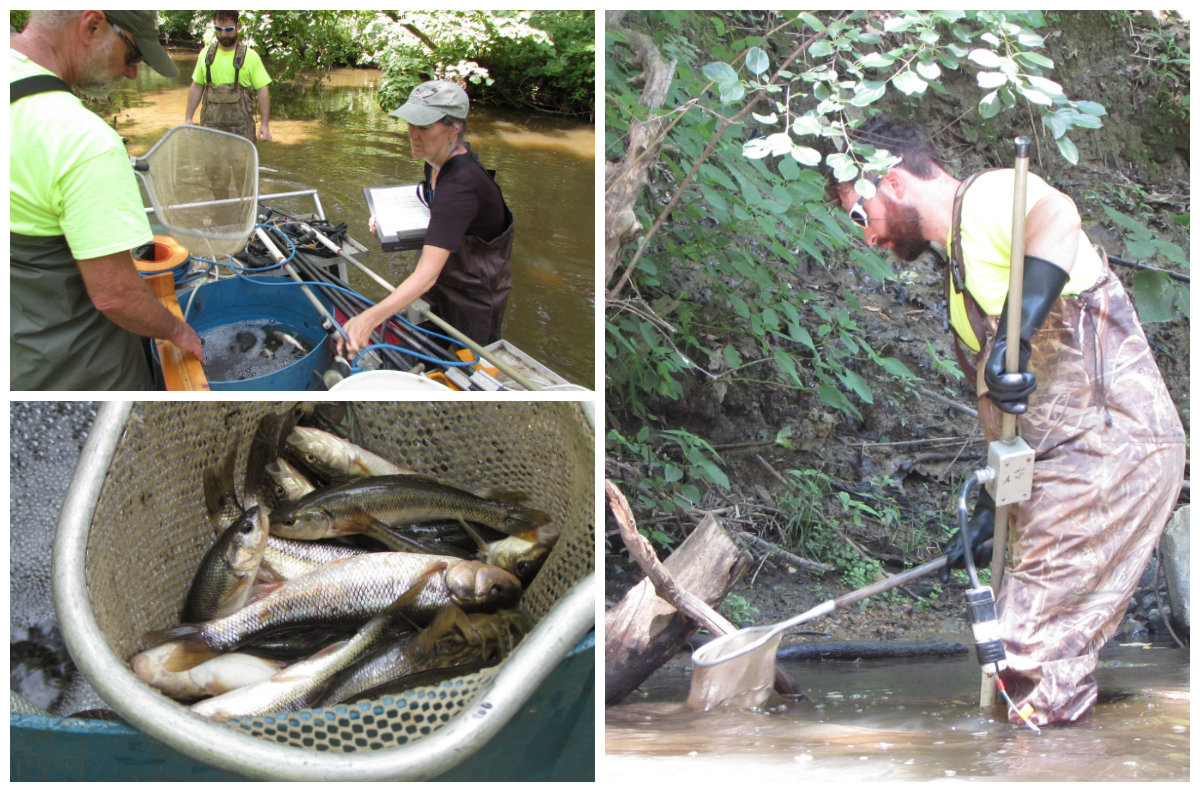 Fish monitoring this week by Friends of the Chicago River and our partners at the Illinois Department of Natural Resources (IDNR), and Forest Preserves of Cook County established that five new species of fish have already moved up into Mill Creek since we removed barriers there just a few months ago.

The barriers were an unfortunate byproduct of digging the Cal-Sag Channel, completed in 1922, and it required a large scale operation to remove thousands of pounds of limestone and concrete and construct riffle complexes to create access to the creek. The blockages were just above where the creek flows into the Cal-Sag near Palos Park and the now beautiful cascade is visible from the Cal-Sag Bike Trail just east of LaGrange Road.

"The finding is what was expected but it is still very exciting and we are thrilled," said Margaret Frisbie, Friends' executive director. "From previous sampling we knew that the creek is high quality and could provide terrific habitat for all kinds of fish species and other aquatic life but nobody could get up there because of the blockages."

The monitoring process utilized electrofishing gear that temporarily immobilizes fish in order to capture and catalog them. The team counted hundreds of fish noting their species and length and then released them back into the stream. New species included:

The new species join seven others that were previously located and represent some of about 17 species expected to colonize the creek over time.

"The results are most definitely positive and what we hoped to see," said IDNR fisheries biologist Tristan Widloe, who participated in the sampling. "Exciting stuff trending in the right direction."

The project was funded by the Chi-Cal Rivers Fund.

Fish surveying is done useing an electric current to temporarily stun the fish for counting called electrofishing.  Walking through the water at the survey site, team members wielding electrodes send current into creek, immobilizing the fish which then float to the top. Using nets, other team members move the fish to an oxygen-enriched water tank affixed to a specially designed wagon. The fish are then identified by species, weighed, measured and released.

More photos can be found below: 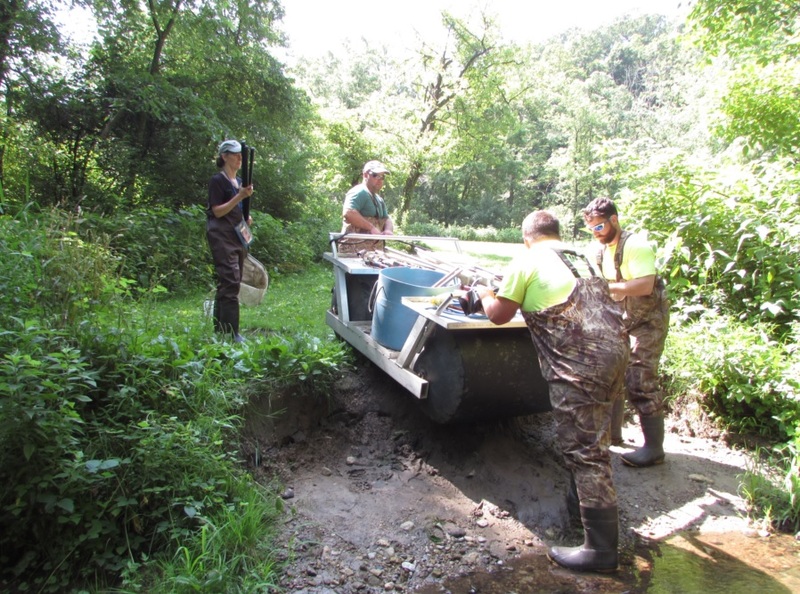 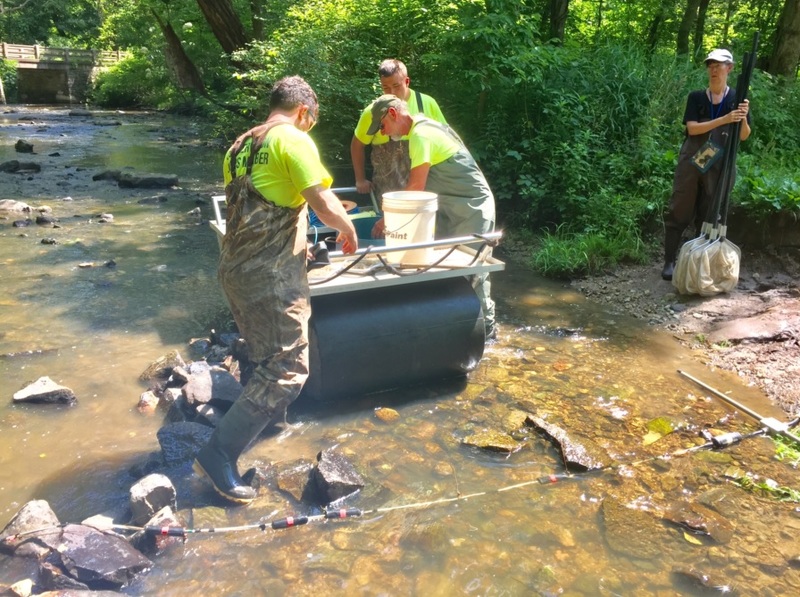 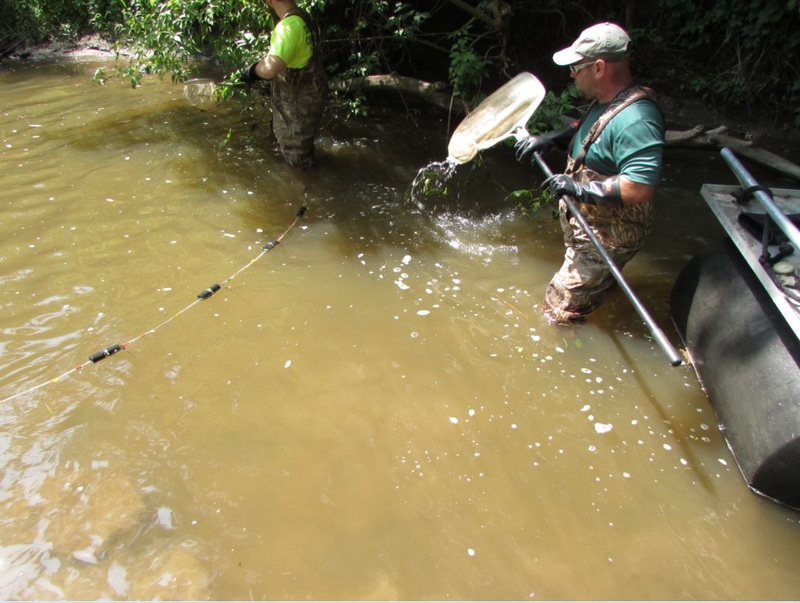 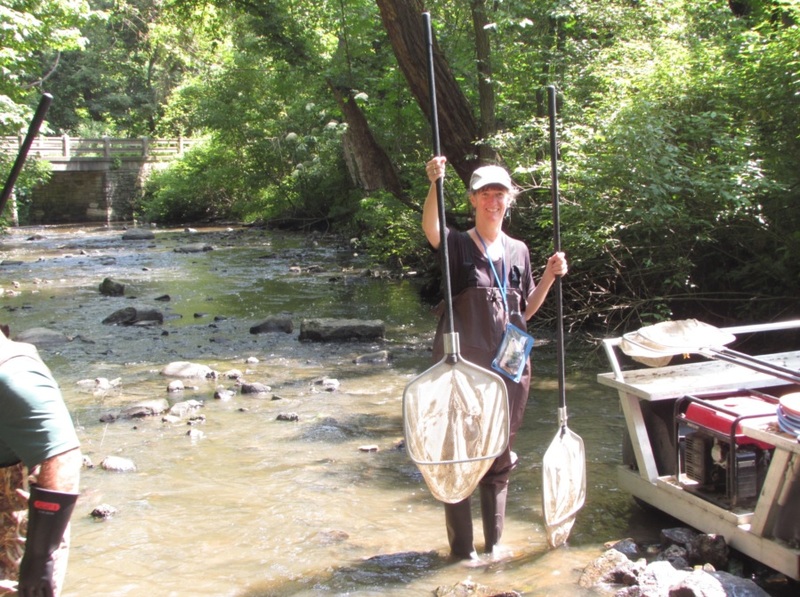 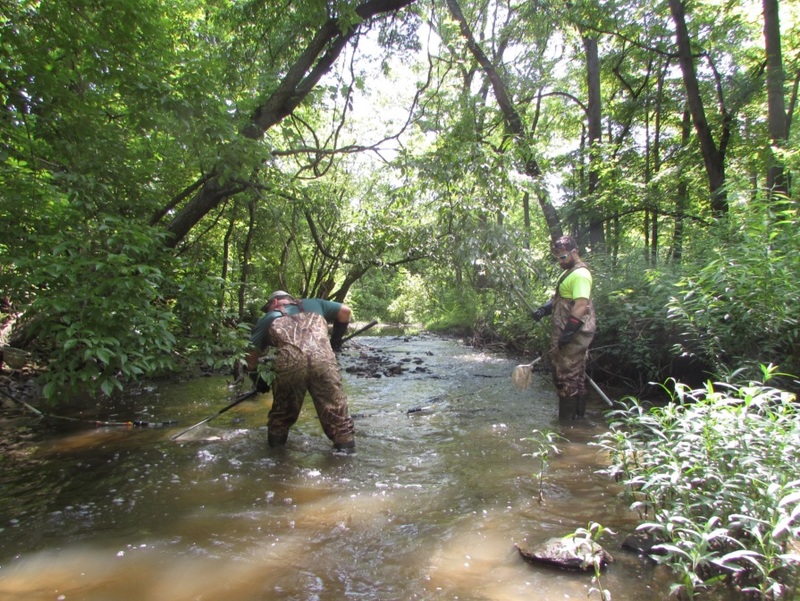 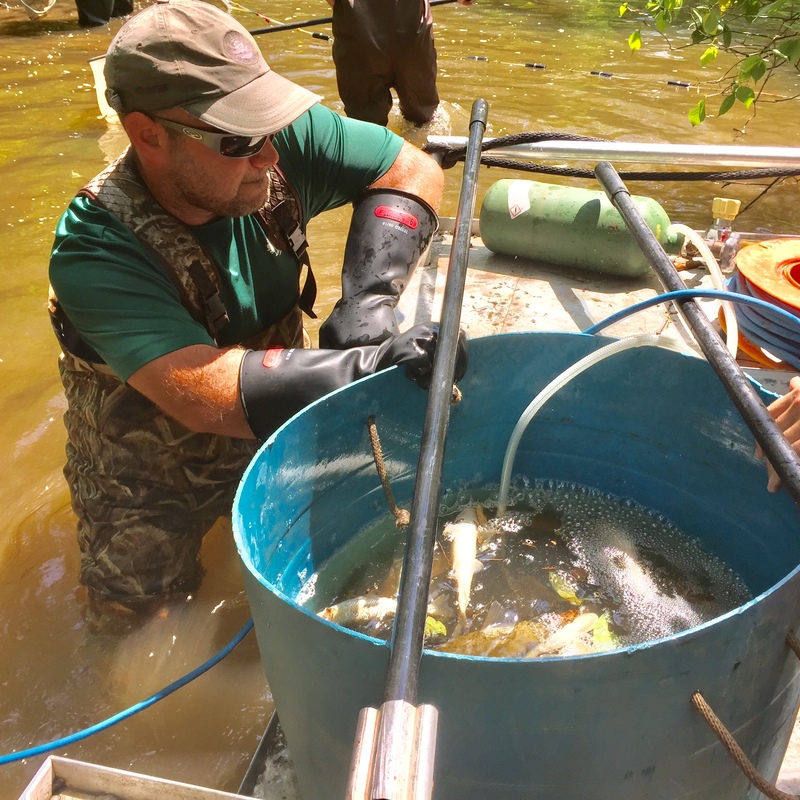 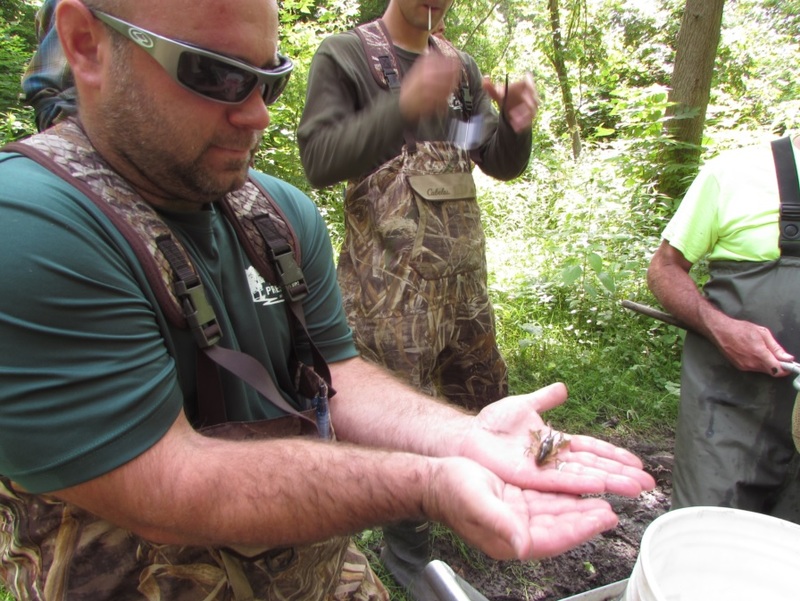 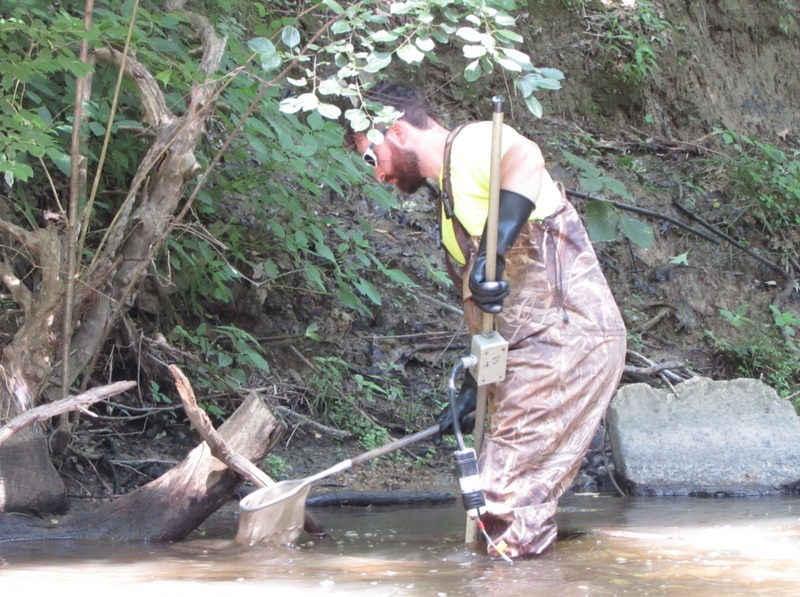 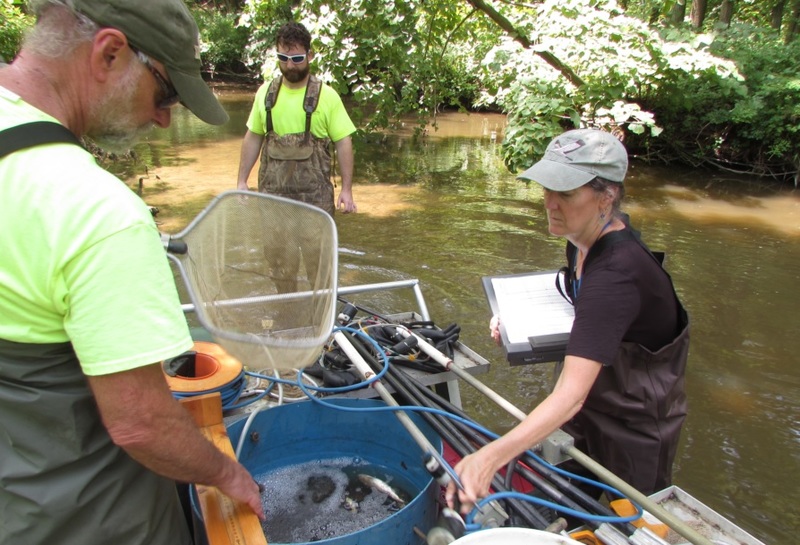 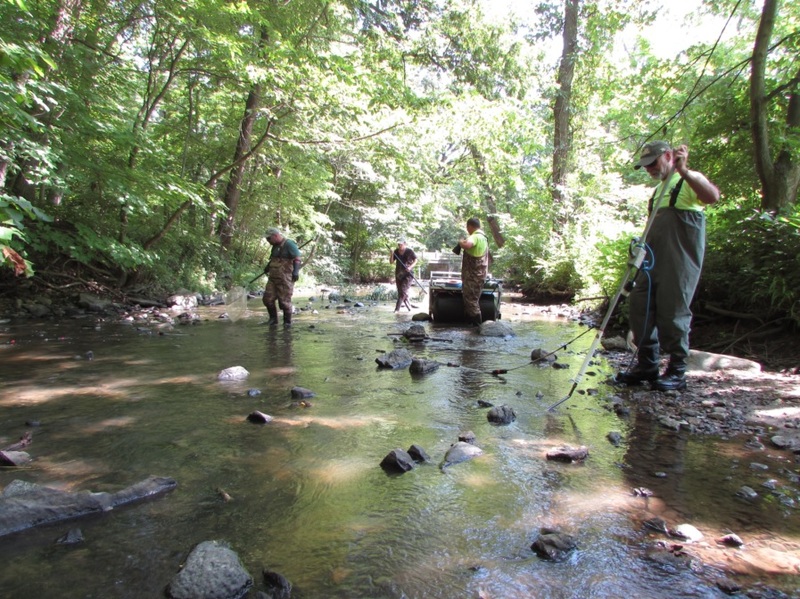 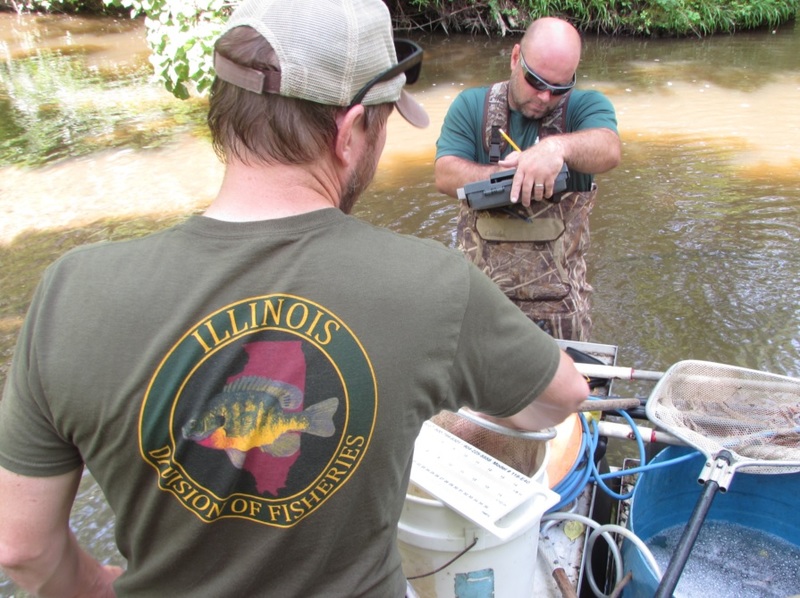 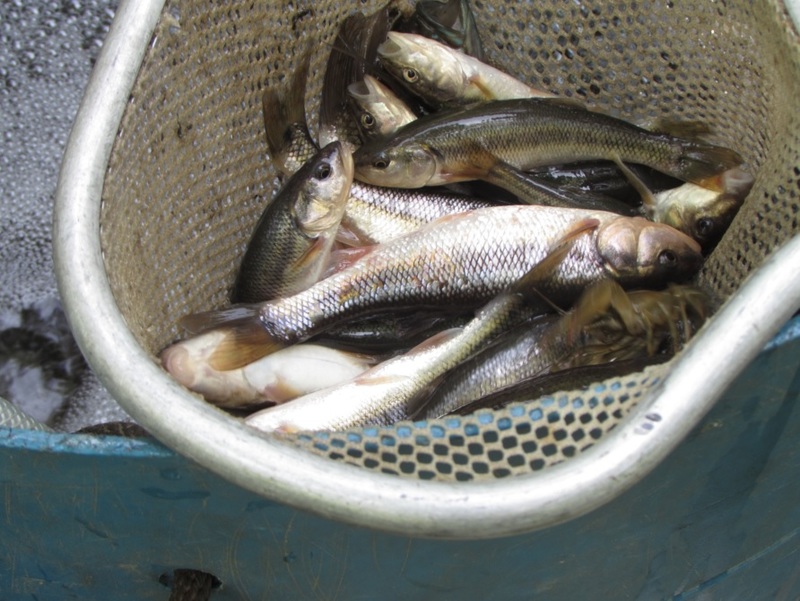