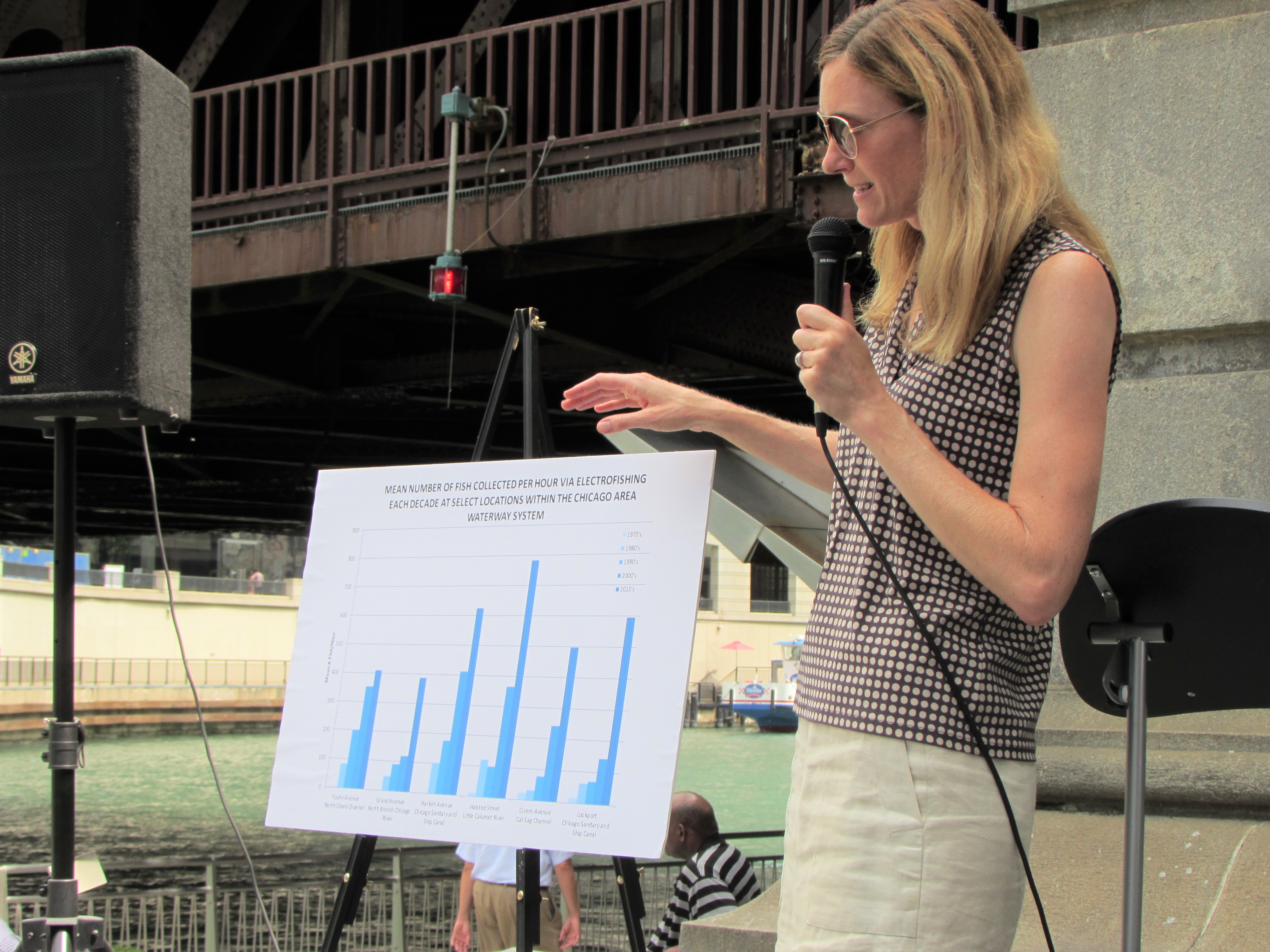 The Chicago River system, when it comes to water quality, is experiencing a “renaissance” thanks to a number of factors, including efforts by the Metropolitan Water Reclamation District, the August 19 Lunchtime Lecture speaker told a gathering at the McCormick Bridgehouse & Chicago River Museum.

From Wasik’s talk on the museum’s plaza at the Riverwalk and Michigan Avenue, here are three things you may not know:

1. Help for the River

The Chicago River system greatly benefited, starting in the 1970s, from federal legislation including the Clean Water Act and regulations that require industrial discharges to be pretreated before they come to sewage treatment plants. More recently, disinfecting discharges from MWRD plants and the district’s Tunnel and Reservoir Plan that can hold billions of gallons of untreated sewage and stormwater have helped usher in “a new renaissance in water quality for the Chicago waterway system,” said Wasik, an aquatic biologist. 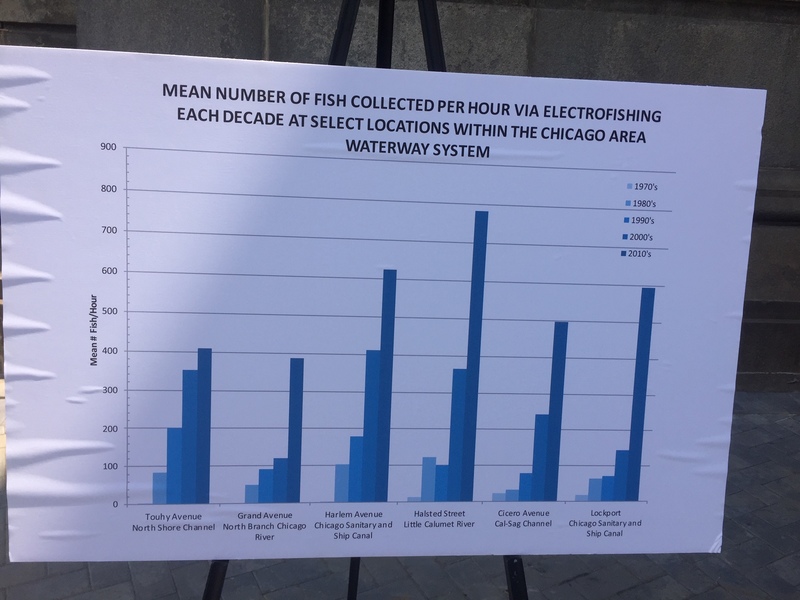 Teaming with other agencies, municipalities, and organizations such as Friends of the Chicago River, the MWRD is working on solutions for some stubborn water quality issues. Chlorides are one, typically the result of road salt.  “Once you get sodium chloride in the water, it is very difficult to get out,” she said. Best practices can reduce salt use and save money. The district is working with Argonne National Laboratory on a multi-year project to better understand microbial water quality. Pet and wildlife waste are an issue, she said.

Wasik touted a new City of Chicago River Ecology and Governance Task Force, which brings together government agencies, civic and nonprofit organizations, private developers and local communities. “A lot of people are in the room who know a lot about the river and care a lot about the river. I see this as another step in increasing the momentum around improvements in the waterway and a big step in achieving our vision,” she said.

Created by Mayor Rahm Emanuel, the task force includes Friends’ Executive Director Margaret Frisbie as well as representitives of the MWRD, the Chicago Park District, the Forest Preserves of Cook County, and the City of Chicago. 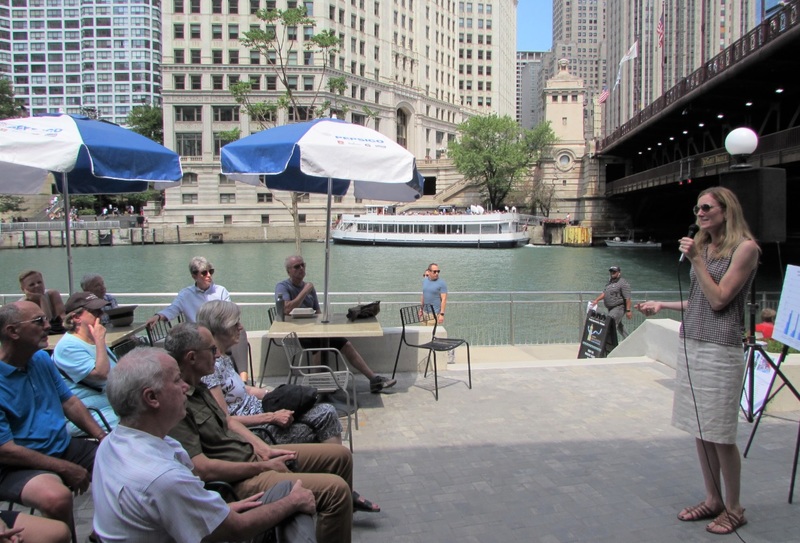 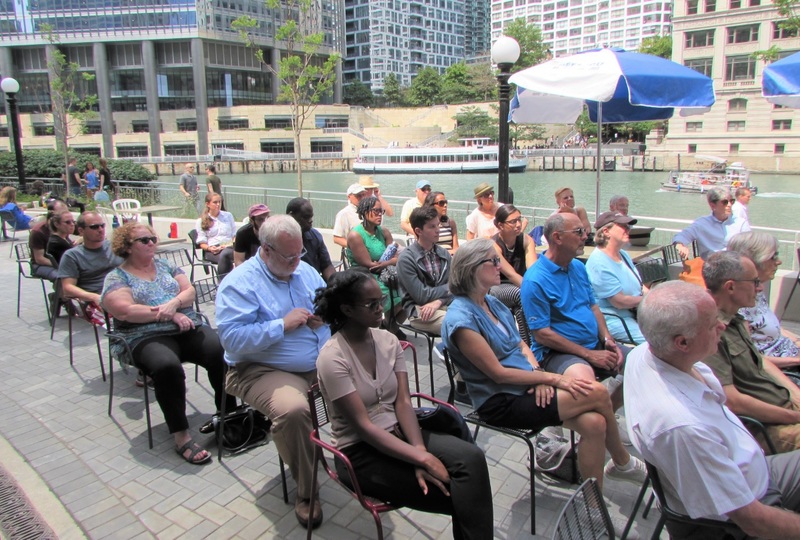 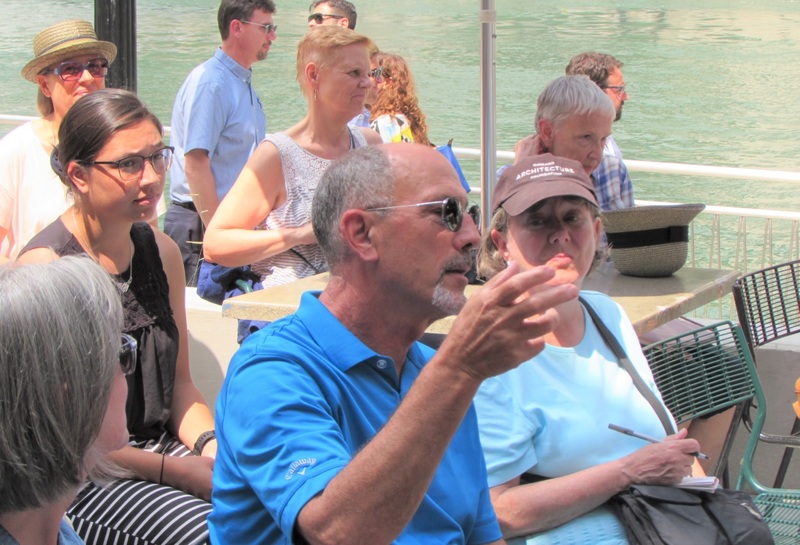