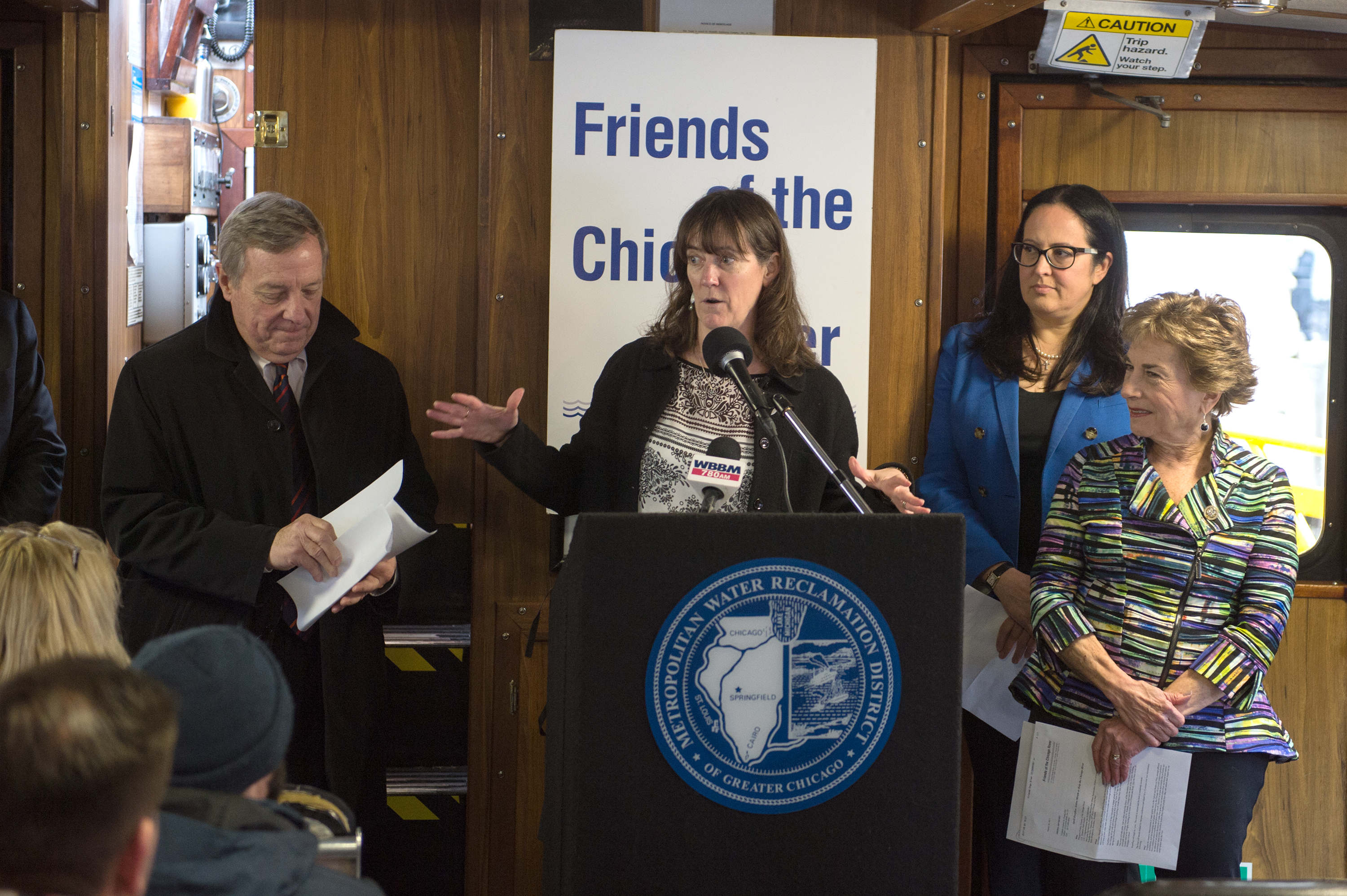 This year we are celebrating the 20th anniversary of Margaret's leadership at Friends of the Chicago River. Please celebrate with us by showing your gratitude to Margaret with a gift. Your gift will automatically make you a member of Friends and will be matched 3:1 by the Illinois Clean Energy Community Foundation if you are a new donor or making a second gift to Friends within the last 12 months.

Margaret joined Friends as deputy director in June 2000 and was appointed executive director five years later. Some notable advancements under Margaret's leadership include legal agreements and standards that dramatically improved water quality, installation of natural and pioneering constructed in-stream habitat such as the Michigan Avenue Fish Hotel and channel catfish nesting cavities, hundreds of acres of natural open space that provide wildlife habitat and stormwater infiltration, additional sewage treatments, municipal and county driven river-based master plans and long lasting partnerships that have contributed so much to the health of the river. Under Margaret's leadership Friends opened the McCormick Bridgehouse & Chicago River Museum; launched Overflow Action Days, Litter Free Chicago River, and the Big Fish Ball; and has engaged hundreds of thousands of people of all ages in the river's care.

Grant Crowley, president of Crowley's Yacht Yard and a longtime member of Friends' board of directors led a toast in Margaret's honor at Friends' board meeting Wednesday. "What impresses all of us is your ability to always think ahead of the curve." Crowley said. "The programs and initiatives that you have introduced serve as a role model for other environmental organizations in other parts of the country and other parts of the world. Your commitment and dedication has led to an incredible network of volunteers and supporters, including businesses, foundations, government officials, and many others, who support Friends every day in various ways."

Recognized for her leadership by many distinguished organizations, Margaret has significantly advanced the mission of Friends to improve and protect the Chicago River system for people, plants, and animals. In 2010, she was selected as a Harvard Business School Club of Chicago Roman Nomitch Fellow. In 2017, Margaret was the recipient of the national River Hero Award from the River Network, and last year, she was selected for Chicago Mayor Lori Lightfoot's Environment Transition Team. She was also a featured speaker at the International River Symposium in Brisbane, Australia where Friends was a finalist for the Thiess International Riverprize. At present Margaret serves on the boards of the Friends of the Forest Preserves and Illinois Environmental Council and as a member of the Community Advisory Council for Lincoln Yards.