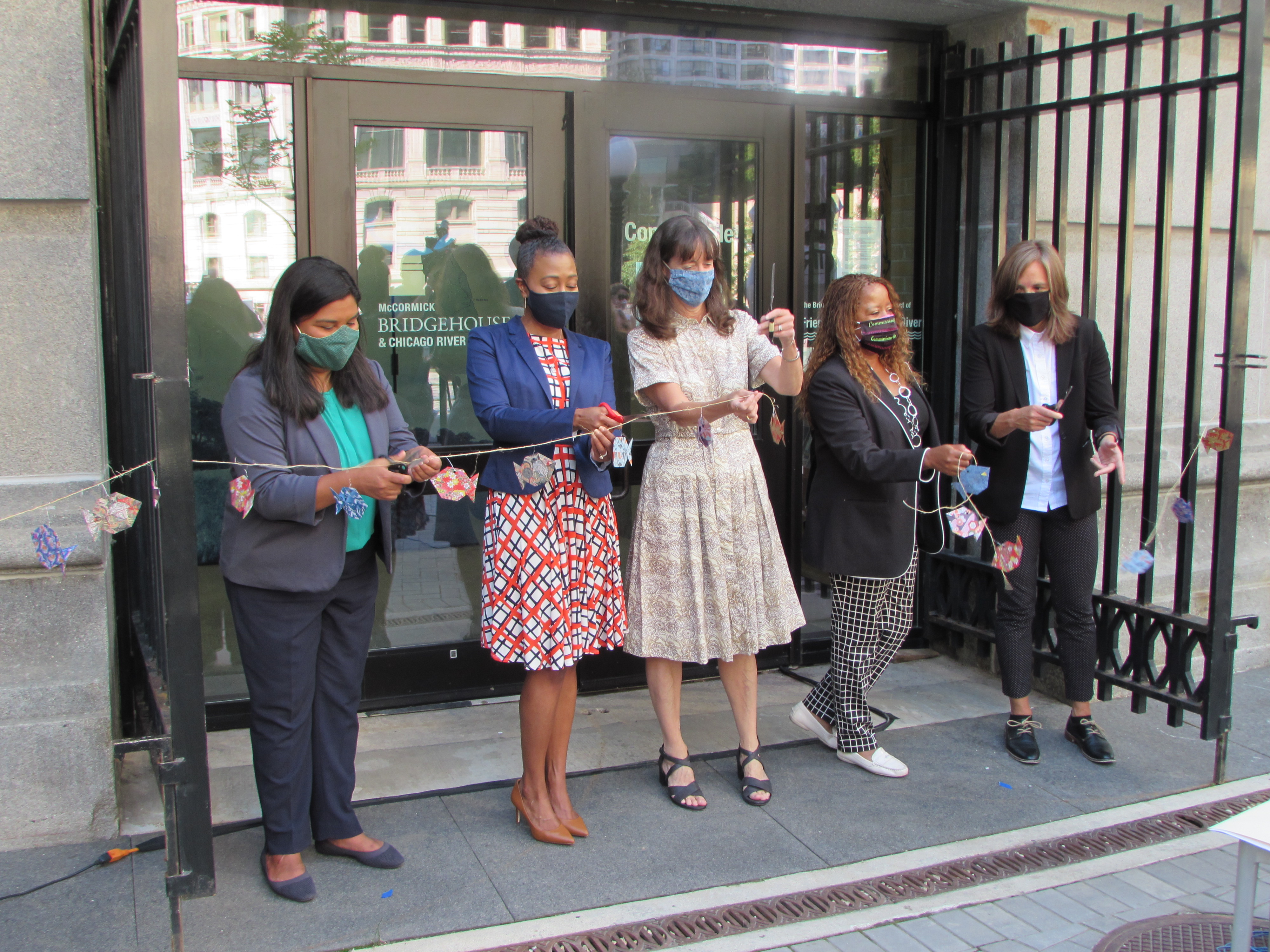 Kari K. Steele, president of the Metropolitan Water Reclamation District of Greater Chicago, Chicago Department of Transportation Commissioner Gia Biagi, and Angela Tovar chief sustainability officer of the City of Chicago, joined Friends’ Executive Director Margaret Frisbie to cut a special ceremonial twine laced with colorful origami paper fish to open the doors to the Bridgehouse Museum, the only museum of its kind in the country.

The re-opening features a major refresh of the museum’s exhibits and showcases a river teeming with wildlife due in large part to hard fought water-quality victories and significant restoration efforts. The new exhibits reflect the action and advocacy of Friends of the Chicago River and its partners to improve the health of the river through the implementation of water quality standards, disinfection to protect recreational users, more open space, and wildlife restoration. The new exhibits also explore the improved connectivity of the river for people and wildlife, the effects of the climate crisis on the river system, the creation of a blue-green corridor of interconnected green spaces, the Clean Water Act, and nature-based green infrastructure.

“When the Bridgehouse Museum first opened its doors, fishing and paddling on the Chicago River system was novel and swimming unthinkable,” said Margaret Frisbie, executive director of Fiends of the Chicago River. “The river was fenced off, fragmented, and polluted. But today, the river is healthier than it has been in 100 years and despite continued impacts of sewage and stormwater pollution and the climate crisis, it is alive with wildlife and people who now consider it a truly valuable natural resource and who want to work with us to protect it.” 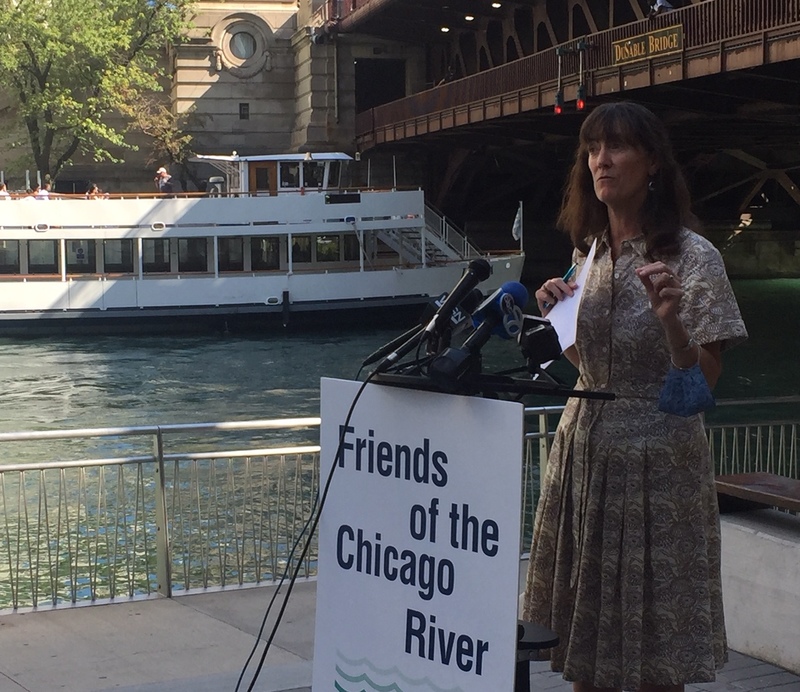 The Bridgehouse Museum opened in 2006 as one of the first attractions to pioneer the development of the renowned Chicago Riverwalk.

“While the river has a way to go until swimming is as common as kayaking or a snack along the Chicago Riverwalk, we are proud of the impact we and our partners, members, and supporters have had already and will continue to work to improve and protect the Chicago River system for people, plants and animals," Frisbie added.

One Wildlife Example – Fish Success Story, Species on the Rise

A recent report by the MWRD and the Shedd Aquarium shows that fish populations and species have gradually increased over the past 30 years, while invasive species have declined. Since 1974, the number of fish species increased from 10 to 77, with 60 species counted since 2000.

“The Bridgehouse Museum was opened the same year we completed our first phase of the Tunnel and Reservoir Plan,” said MWRD President Kari K. Steele. “From that time on we witnessed remarkable improvements to the Chicago Area Waterway System. The 109-mile system of tunnels drastically reduced the amount of pollution in our waterways. Since then, we have constructed two reservoirs that account for more than 11 billion gallons of storage to mitigate flooding and further improve water quality. The river has claimed its spot as an economic, recreational and cultural asset for our city and region.” 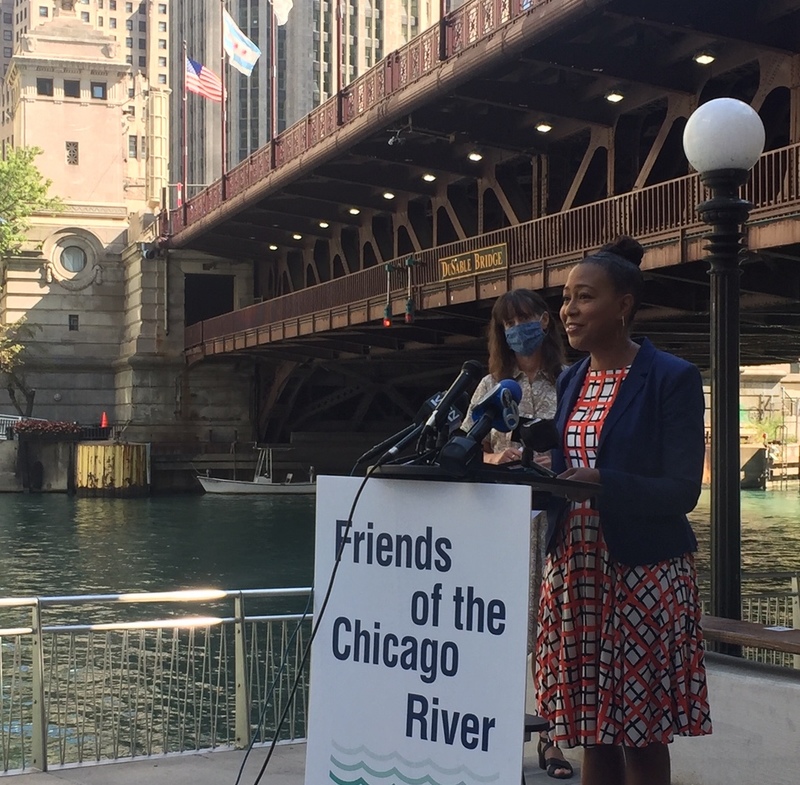 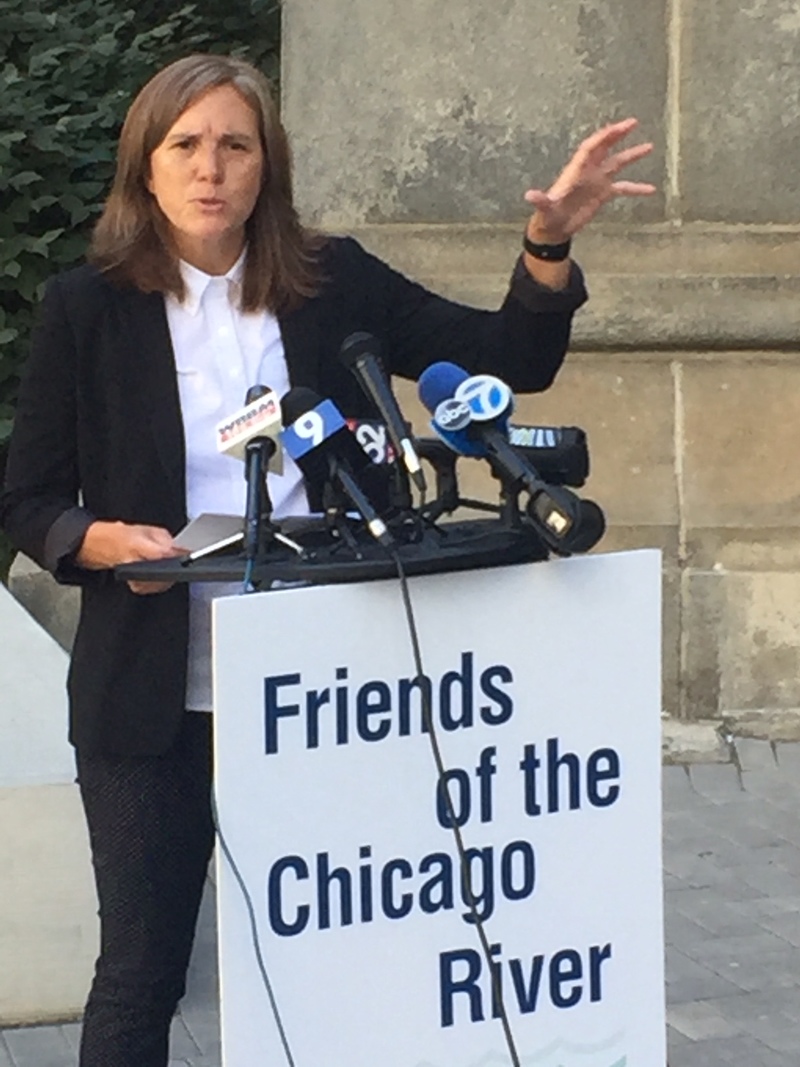 Major Milestones in the Improved Health of the Chicago River System 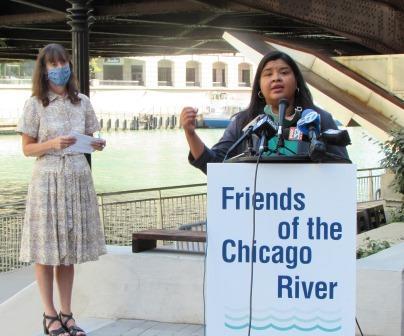 The Bridgehouse Museum is located in the southwest bridgehouse of the historic 100-year-old Michigan Avenue Bridge and tells the story of how the Chicago River system changed as people’s use of it changed. The museum has five stories of exhibits and allows guests to see the massive inner workings of the bridge from inside.

In 2010, the bridge was officially renamed DuSable Bridge in honor of Chicago’s first permanent resident, Jean Baptiste Point DuSable. The bridge, along with its bridgehouses, was designated a landmark by the city of Chicago and the state of Illinois in 1991.

The Bridgehouse Museum will host a series of private events August 22 through September 2 and be officially open to the public Thursday, September 3. The museum will close for the season on October 31, 2020.

Friends of the Chicago River opened the McCormick Bridgehouse & Chicago River Museum in 2006 to provide new access and understanding of the dynamic relationship between Chicago and its river. Today, the Bridgehouse Museum stands as the cultural anchor of the new Chicago Riverwalk and welcomes tens of thousands of visitors every summer. Exhibits celebrate the river system and the city’s world-famous movable bridges.