Nature Inspires Art on Inside, Out & About 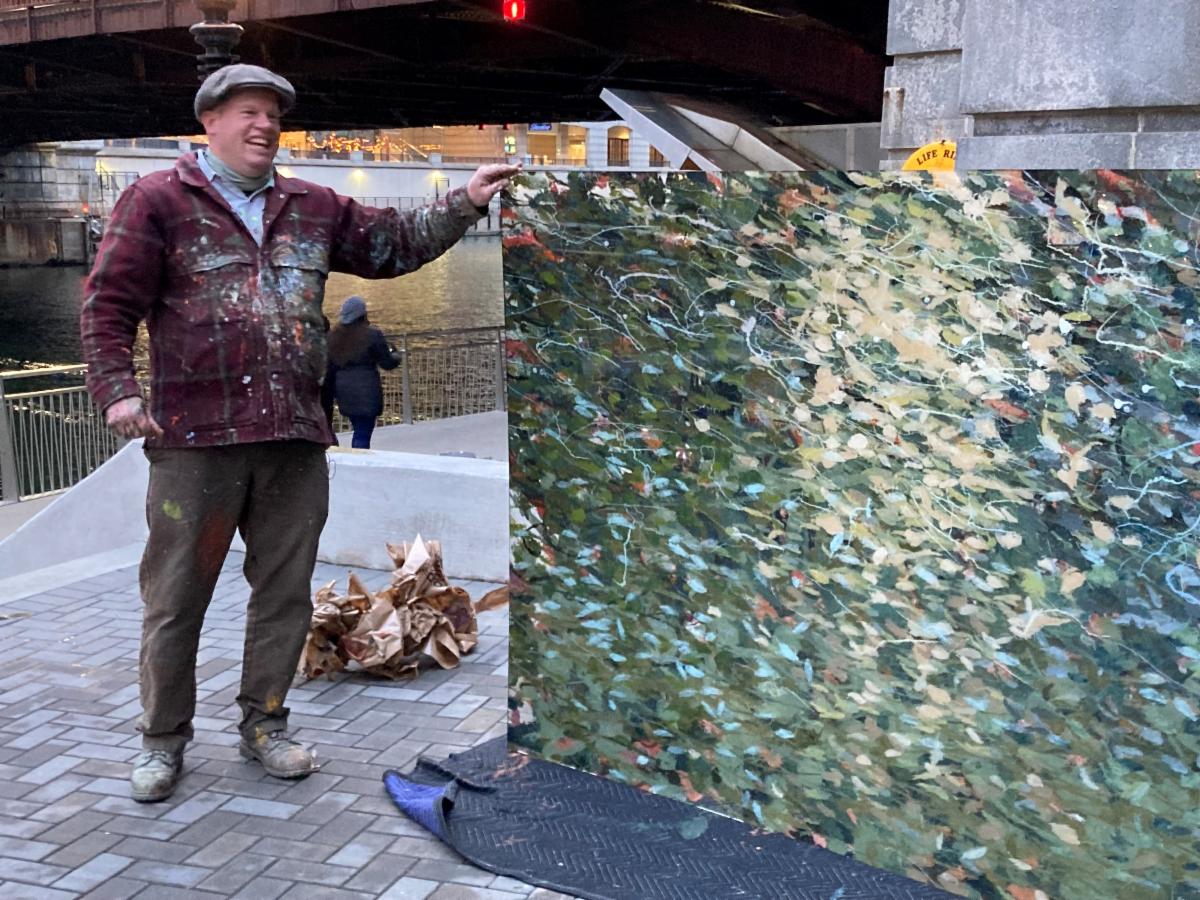 Artist Ben Miller with his portrait of the Chicago River.
October 22, 2022

On a brisk, chilly day in the spring of 2022, Friends of the Chicago River hosted Ben Miller, an acclaimed Montana artist, while he painted a portrait of the Chicago River; the first river he painted in an urban setting, and the first east of the Mississippi River. Miller is well known for his Endangered Rivers series which he began out of his deep passion for raising the awareness and importance of river preservation. His story is captured in the new episode of Inside, Out & About. Miller works in a unique painting style – with a fishing rod and reel – in a process he calls "fly cast painting."

In describing his experience Miller said: “It was overwhelming, I didn’t want the moment to end painting the Chicago River. It was very momentous and surreal to be in that environment; here is this entire city where people are thriving, built around this river, and then to be in that moment and that place was just absolutely like nothing I’ve ever experienced.”

From the steps of our McCormick Bridgehouse & Chicago River Museum, Miller toiled for hours angling his line toward a Plexiglas canvas some 20 feet away; when he finished the painting, Miller flipped it around to reveal a magical expression of the beauty of the river that he painstakingly created throughout the long, chilly day.

“Ben was out there for hours and hours, and so many people walked by so curious about what was happening,” said Friends' Executive Director Margaret Frisbie, who also appears with Miller in this episode. “People stopped and asked questions, they were seeing the river in a new way that they would not have been able to see if they were just passing by. That’s what art is supposed to do.”

Watch a CBS 2 News story about the creation of the Chicago River painting and see a video of the portrait reveal in a story by WTTW News.