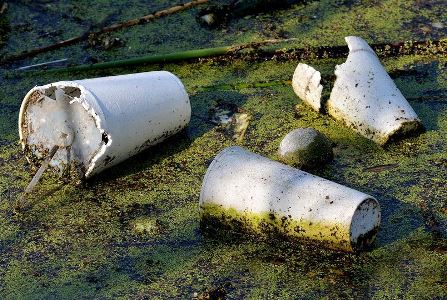 A bill to ban disposable food containers made of polystyrene foam passed an important first step in the Illinois General Assembly in February. The House Energy and Environment Committee voted 16 to nine to move the legislation (HB 3067) from committee to the full House for consideration. Four state representatives on the committee did not cast votes.

Friends' Policy Manager Chelsey Grassfield, who serves on the steering committee of the Coalition for Plastic Reduction which is advocating for the ban with Friends of the Chicago River, submitted a witness slip on behalf of Friends to the committee in support of this legislation. This is an important, early first step in the legislative process which requires the bill to be heard on the House floor for all representatives to vote on it, possibly next year. The bill is also pending in the Illinois Senate (SB 1973), but has yet to be heard in the Tourism and Hospitality Committee. We will keep provide updates as the bill moves through the legislative process which can move slowly.

To help foster support for the bill, Friends put out a call on social media the day before the House committee hearing to encourage our supporters to submit witness slips supporting the legislation, and of the 306 slips the Committee received, 260 of those were proponents of the bill. While the volume of witness slips in favor of the bill was a great demonstration of support, contacting your lawmakers is the most impactful action you can take.