When the Falcon Looks at You 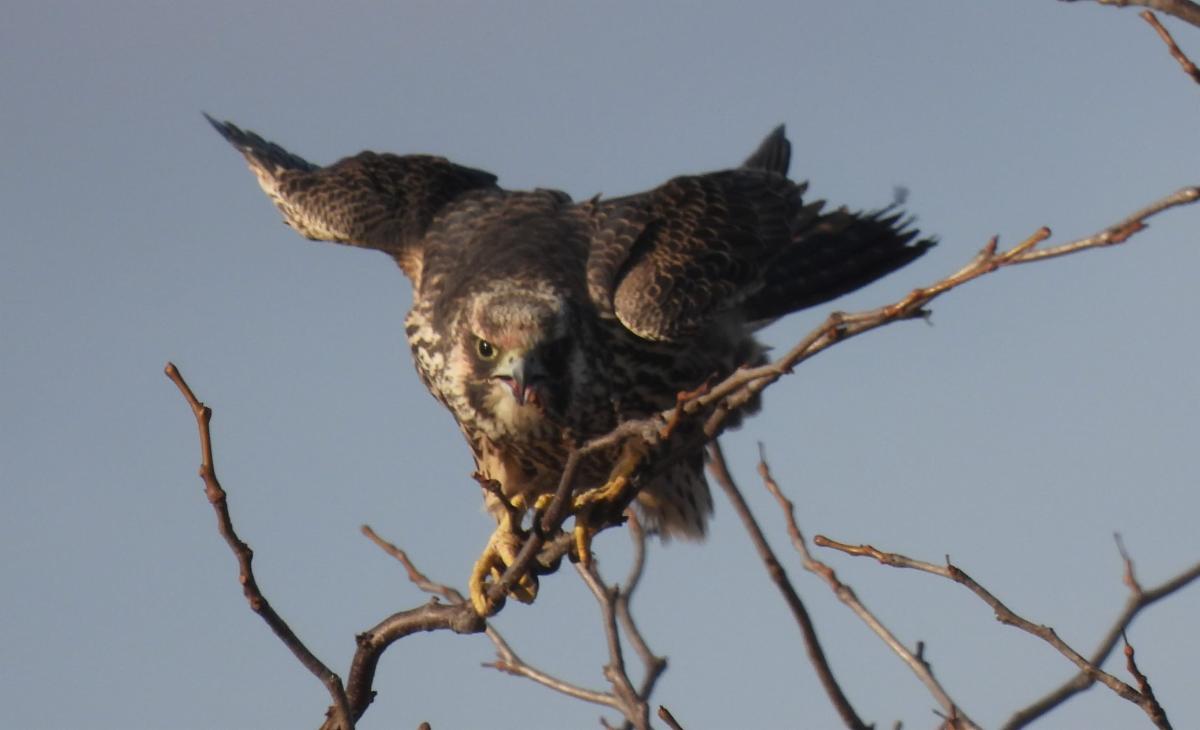 For avid birders Matt Greenberger and Julie Rand it was a sight to behold; a peregrine falcon, rustling in a tree at the Techny Basin in Glenview. Just as Greenberger was attempting to capture a photo, the raptor turned and looked directly at him – picture perfect. And as fast as he could snap a photo, the bird was gone, confirming timing is everything.

Greenberger said spotting the falcon was a stunning example of the wildlife he sees regularly in the river system as a canoe guide for Friends of the Chicago River.

“You can live in Chicago and experience a natural outdoor life,” said Greenberger, who is starting his sixth season as a canoe guide this year. “Being a guide suited my love of the outdoors. It’s a great opportunity to introduce people to the river, and for people to experience wildlife from the water.” Over the years Greenberger has seen a barred owl, minks, muskrats, foxes, coyotes, beavers, and turtles of all kinds. He especially enjoys spotting duck species: mergansers, golden eyes, redheads, pintails, and more.

The peregrine falcon (Falco peregrinus) is the official bird of the city of Chicago, and is one of three falcon species that live in Illinois along with the American kestrel (Falco sparverius) and the Merlin (Falco columbarius). According to a Block Club Chicago story about peregrines in Chicago’s South Loop neighborhood, the raptors “can dive at 200 miles per hour, eating birds they capture — like pigeons — in mid-flight.”

The Field Museum’s Chicago Peregrine Program oversees Illinois' Peregrine Falcon population through nest monitoring, scientific research, and public education. According to the Field Museum, hundreds of peregrine falcons once nested in the region but by the 1960s the bird was wiped out in area due to DDT and other chemicals. It was placed on the endangered species list in 1973. Thankfully, from 1986 to 1990, the Chicago Peregrine Program released 46 peregrines at four different sites through the falconry process called hacking. The Chicago population has grown to 20 breeding pairs in more than 30 territories and the species was removed from the federal endangered list in 1999 and from Illinois’ list in 2014.

What wildlife have you spotted? Let us know and share your photos and videos of Chicago River system wildlife at wildlife@chicagoriver.org.