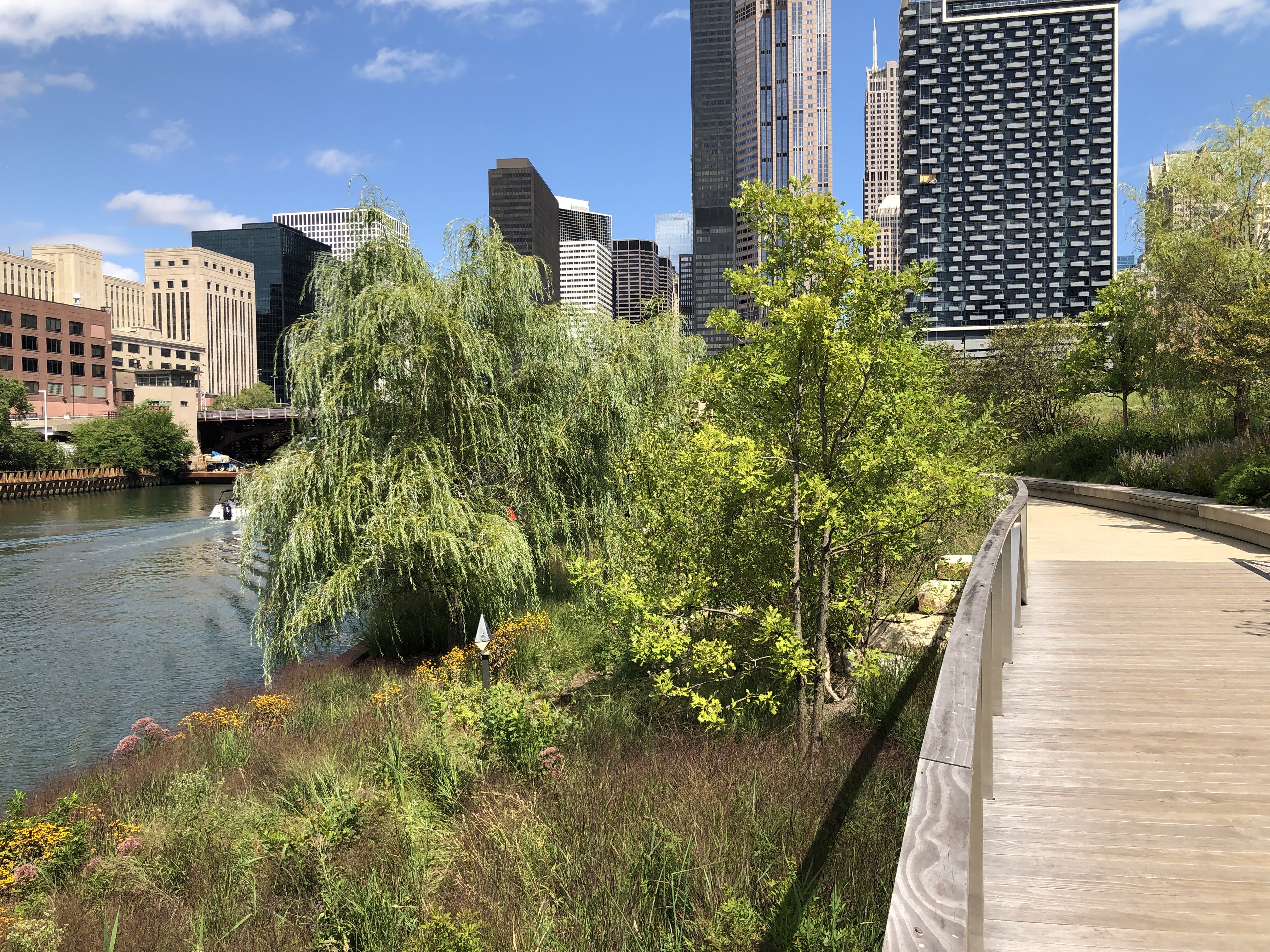 The Southbank riverwalk of the Chicago River near Harrison Street represents a more river sensitive approach to designing downtown river edges.
May 07, 2022

NOTE: On Thursday, May 5, 2022, Chicago Mayor Lori Lightfoot selected the Bally’s casino proposal to develop along the Chicago River at the site of the Chicago Tribune printing plant in the River West neighborhood.

Because the mayor’s chosen site is prominently located on one of only a few remaining large scale river edge sites downtown, we emphasize the importance of a river sensitive design approach that recognizes the river as an ecological and recreational resource to the City of Chicago.

As the casino project enters the next phase of review, we want to work with the city and the development team to realize a casino campus that is a model of sustainable design and that incorporates a restored, natural, and accessible riverfront. An approach that embraces the river as a natural resource for people and wildlife, rather than a water feature, is crucial.

We will push for the final design to prioritize nature-focused improvements to the river’s edge; including substantial neighborhood-scale public parks directly along the river with dense landscaped edges, microhabitats throughout the site, site planning with nature-based stormwater solutions, and protections for migratory birds and other wildlife. Any temporary casino structure should also be held to the same high standards.

A tremendous amount of work was put into the master plan for this site by the Chicago’s Department of Planning and Development and the community to ensure that appropriate levels of open space, river edge restoration, and community amenities were included. We think it is important that those promises are not lost with the use change.

We challenge the city and Bally’s to drive innovation for this first downtown casino in a major U.S. city, and to set an example of the greenest and most contextually sensitive casino in the world, worthy of its location along the already world renowned Chicago River.