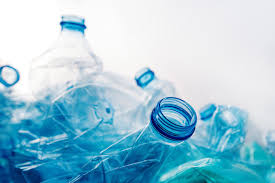 Friends advocates for policies to reduce single-use plastics items—the largest percentage of litter we find in and along the Chicago and Calumet Rivers. We are pleased that Governor J.B. Pritzker recently signed a bill banning single-use plastics in state parks and natural areas. By 2023, the state will either offer compostable or recyclable foodware in these areas.

Friends can attest to the blight litter is for people recreating and the plants and wildlife that depend on the Chicago and Calumet Rivers. Eliminating access to single-use plastics in our natural areas reduces the likelihood that these items become litter in these sites and waterways.

We also support a bill to ban disposable food containers made of polystyrene foam which passed Illinois’ House of Representatives earlier this year but did not make it out of the state Senate. We will work with our partners to reintroduce this bill and advocate for its passage in the next legislative session.

Similarly, Illinois U.S. Congressman Mike Quigley introduced the “Reducing Waste in Nation Parks Act” in October of last year, which would encourage reduction of disposable plastic products in our National Parks. Just last week, Secretary of the Interior Deb Haaland issued an order that would reduce the procurement, sale, and distribution of single-use plastics in our National Parks.