Act with Urgency to Enforce and Protect the Clean Water Act 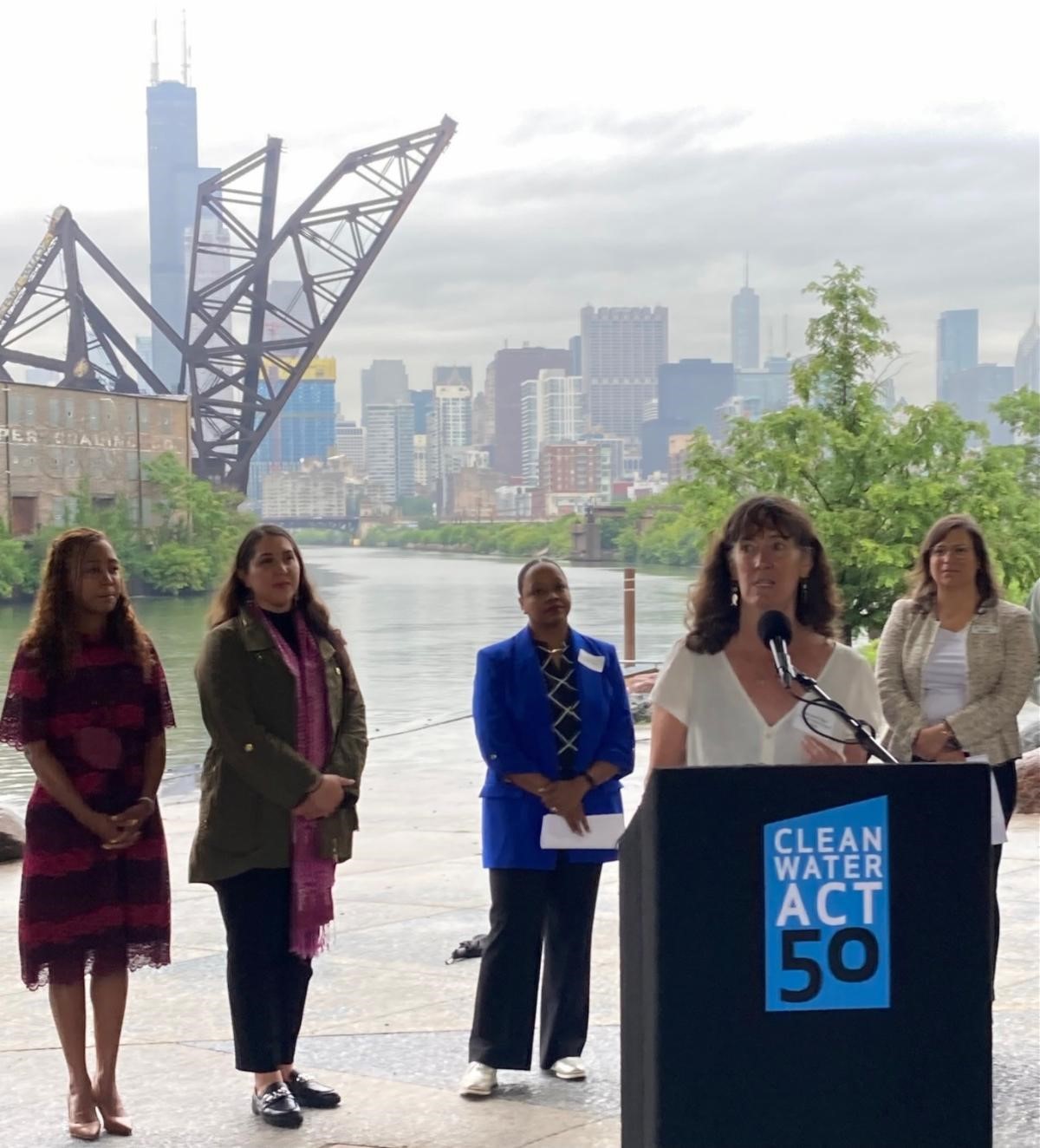 At a celebration of the 50th anniversary of the Clean Water Act held on July 15, Friends’ Executive Director Margaret Frisbie spoke of the game-changing significance of the Clean Water Act which ushered in the renaissance of the Chicago-Calumet River system. She also called on community and government leaders to work together with urgency to enforce and protect the groundbreaking law.

Hosted by the Chicago Chapter of Environmental and Water Resources Institute the celebration was held at Ping Tom Park along the banks of the South Branch of the Chicago River in Chicago’s Chinatown neighborhood.

“Truly, there is much to celebrate about the importance of the Clean Water Act to the renaissance of the Chicago-Calumet River system, and to waterways across the country,” said Frisbie. “However, we must also continue to work together with urgency to enforce and protect it. With the weight of federal law, the Clean Water Act galvanized an era of urgent citizen-action to clean up our waterways; people working together – prodding and holding our leaders to account for their policies and support.”

Passed by Congress in 1972, the Clean Water Act set the goal of fishable and swimmable water quality for all U.S. waterways. The law also provides criteria and mechanisms for attainment, most notably, it requires all pollutant discharges into U.S. waterways to obtain permits—including non-point source discharges such as stormwater. Currently, Friends of the Chicago River and our partners are working with the City of Chicago and the Illinois EPA on a permit to regulate polluted discharges into the Chicago and Calumet Rivers from Chicago’s combined sewer outfalls.