The Chicago River has an Army of Friends! 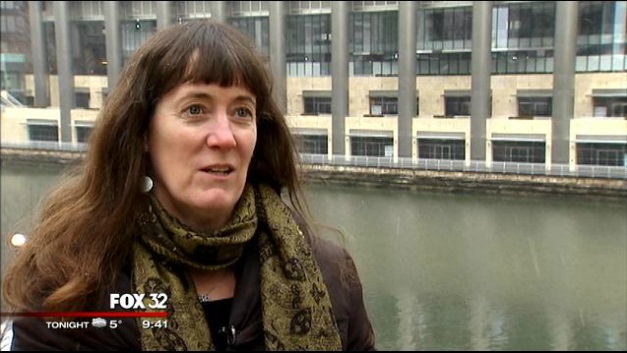 As Friends' Executive Director, Margaret Frisbie, states, "It's hard to imagine standing here in this beautiful location, that 35 years ago nobody cared about the river. It was fenced off, it was polluted, there was sewage." Today, however, after the tireless efforts of Friends of the Chicago River and its extended core of volunteers the state of the River has improved dramatically. "It's alive! There are beavers that live at Wolf Point. This river is full of fish, it's full of wildlife," Frisbie said.

The Chicago River now faces the threat of Asian carp infiltrating its waters. But the fish have yet to be seen in the River and Frisbie believes she and the Chicago River's other Friends and partners can mount a strong defense, ensuring the fish don't migrate any further.

"Friends of the Chicago River, Alliance for the Great Lakes, Sierra Club - A whole bunch of us are working with government agencies to really look for solutions to make sure those fish never reach the Chicago area waterways," Frisbie says.