Volunteers of the Year, Spirit of the River, River Champions Award Winners Honored 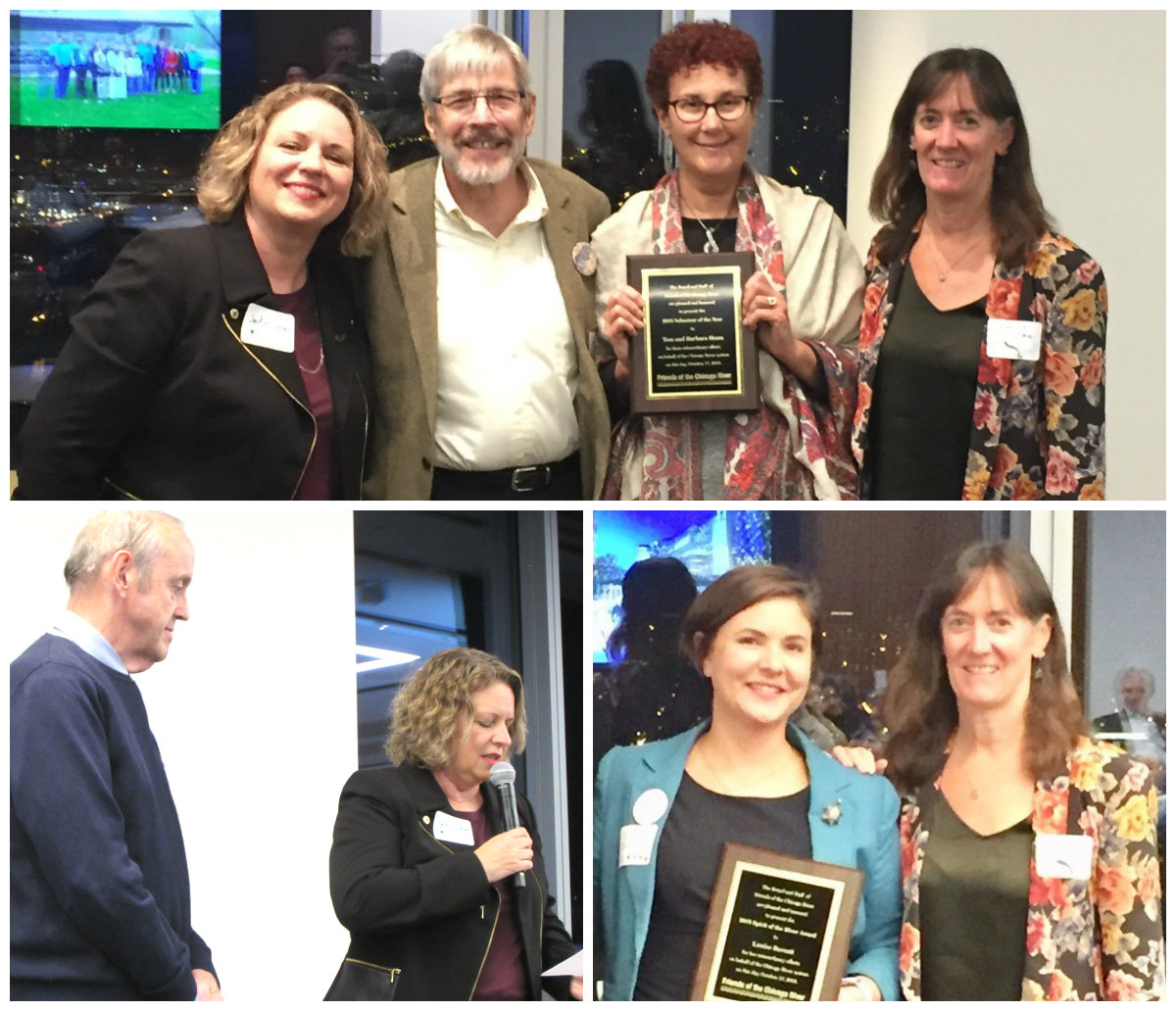 The Volunteers of the Year, Spirit of the River, and River Champions awards were presented at Friends’ annual meeting and volunteer appreciation event, held at River Point, 444 W. Lake Street, on October 17. “The amount of passion and energy for this organization is amazing,” said Friends Executive Director Margaret Frisbie.

Honored as Volunteers of the Year were Barbara and Thomas Honn, who have been involved with Friends for 20 years. 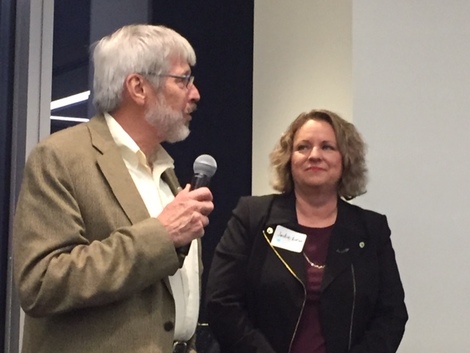 “Charismatic and hardworking, the Honns are exemplary volunteers, showing their support for Friends in various ways and whose participation we welcome every time,” said Friends board secretary Jacqueline J. Loewe. “Whether it’s a call to action to don waders and get in the river to install aquatic plants, the need for trash and debris pickup on a steep bank along the North Shore Channel, or to help set up at Friends’ gala, the Big Fish Ball, and then attending as guests, Tom and Barb answer the call.”

The couple generously contribute financially and “continually introduce new friends to our mission, always with the goal of getting folks involved in, on and along the river,” said Loewe. In addition, Thomas Honn serves on Friends’ planning committee which reviews and discusses development projects throughout the Chicago River watershed.

In accepting the award, Thomas Honn said, “The real honor is the opportunity to work with the extremely dedicated staff and volunteers who do a tireless job." He noted “over the years, the river has been transformed from a sewage ditch to something our city can be proud of.”

Named as the recipient of this year’s Spirit of the River award was Louise Barrett, who began with Friends as a canoe guide in 2000 and co-founded and now chairs the Friends’ Tributary Committee for emerging leaders. 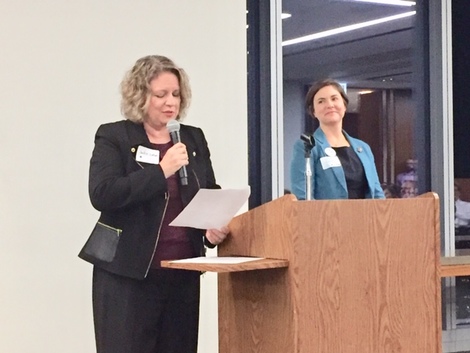 Louise Barrett, right, is "an individual whose character, efforts and enthusiasm capture the strength and beauty of the river," said Loewe.

“Known as an extraordinary volunteer role model and positive catalyst amongst her peers, Louise’s strategic guidance, coordination, and support leads the way for the Tributary Committee to champion our river in a time of unprecedented threat to our environment,” said Loewe.

Want to Get Involved With Friends of the Chicago River? Here's How

The River Champions award, whose recipients are honored for their extraordinary professional efforts on behalf of the Chicago River system, was given to Gene Fleming and Frank Veraldi of the U.S. Army Corps of Engineers. 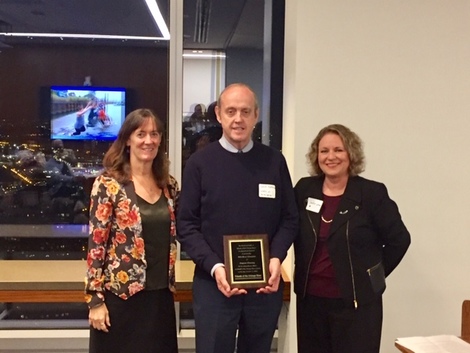 Fleming serves as Chief, Environmental Formulation and Analysis Section for the USACE Chicago District. Veraldi is a USACE ecosystems restoration specialist and fish biologist. Loewe said the two were “directly responsible for two of the most impactful restoration projects” on the Chicago River system: the restoration of 14 acres of riverfront at Horner Park and removal of a dam and restoration project at River Park.

“Horner Park and the dam removal projects are just two examples of what has been a lifetime of good work on behalf of our environment. They both have the ability to imagine what is possible and figure out how to get it done,” said Loewe.