You've Got To Crawl Before You Can Count: Mill Creek Mussel Survey 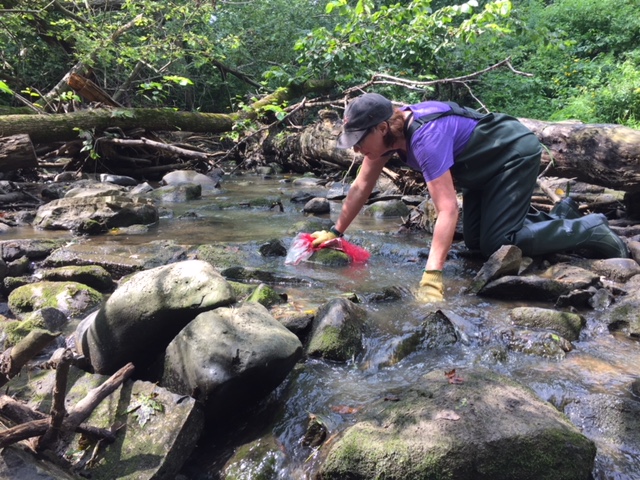 Friends of the Chicago River and the Metropolitan Water Reclamation District teamed up for a mussel survey on Mill Creek near Palos Hills ahead of a major project to reconnect the stream with the Cal-Sag Channel.

How do you survey mussels? On your knees mostly, digging into the river bed and pulling up handfuls of wet sand and soil. Not many mussels were found on Aug. 2, 2018 but those slim findings could illustrate how a limestone shelf Friends aims to remove between the channel and the stream is currently blocking fish and other waterborne wildlife.

The team dug for about an hour then recorded the number and location of mussels found, measured them and released most back into Mill Creek. Some were kept for further research by MWRD scientists. The group included Friends Conservation Programs Specialist Maggie Jones, and the MWRD's Al Eastman, Paula Brinkman Lowe, Justin Vick and Jennifer Wasik.

Earlier this year, Friends did a fish survey in the creek. Both searches are valuable to measure improvements in the years to come after the shelf is removed. 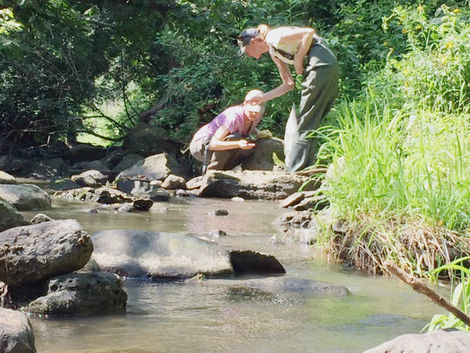 Maggie Jones and Jennifer Wasik examine an area near rocks where mussels might be lodged.

On survey day with temperatures in the 90s, the team navigated thick bushes and trees to get to the hidden creek near Calumet Sag Road. After donning waders, they dug a designated stretch of the clear running stream, using gloved hands to siphon the soil and reveal the mussels. Most found were small fingernail-sized specimens though a few larger, empty "relic" shells were discovered.

The mussels were counted, measured, recorded and most were returned to the creek. A few were kept for research. Vick called the low count "an opportunity to re-populate." Once the shelf is removed, it is hoped fish and the mussels they carry will travel deep up the 2 1/2-mile Mill Creek sparking new communities. 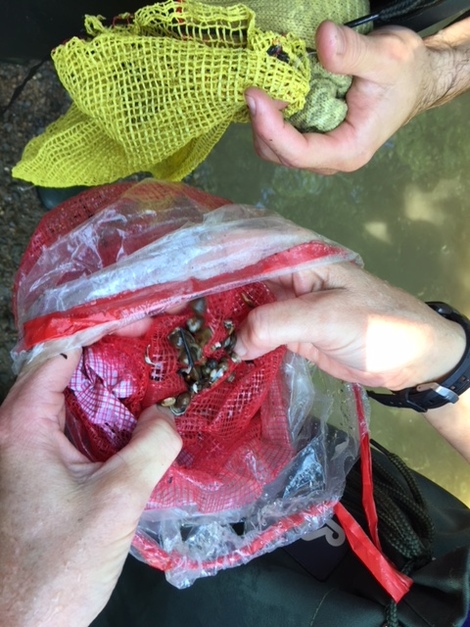 Most of the mussels found were quite small.

The Cal-Sag Channel connects the Little Calumet River to the Chicago Sanitary and Ship Canal, part of the Chicago River system. When the 16-mile, man-made channel opened in 1922, engineers ran it below the limestone at Mill Creek effectively blocking passage between the two waterways.

The nearly quarter million dollar project to remove the shelf and restore the habitat is funded by the Chi-Cal Rivers Fund, a public-private partnership working to restore the health, vitality and accessibility of the waterways in the Chicago and Calumet region by supporting green stormwater infrastructure, habitat enhancement, and public-use improvements.

The removl of the limestone shelf is slated to begin early next year after Friends and its project partners complete fish, mussel, and macroinvertebrate surveys, and secure necessary permits. 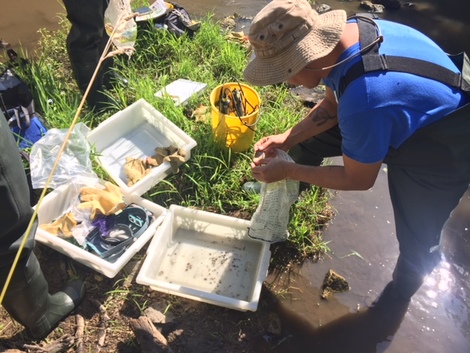 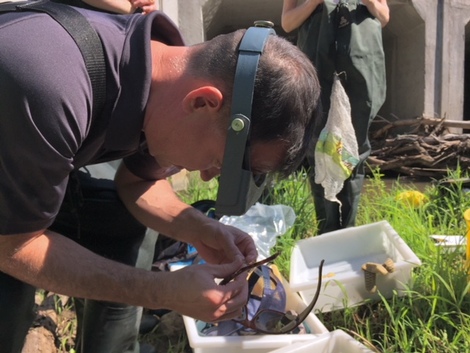 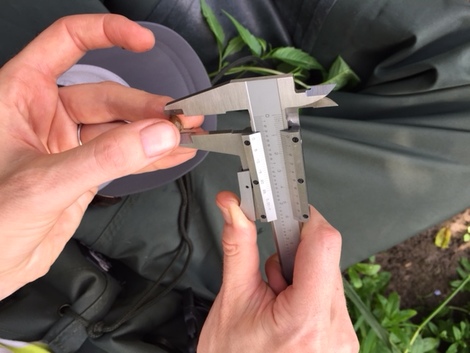 The mussels are measured. 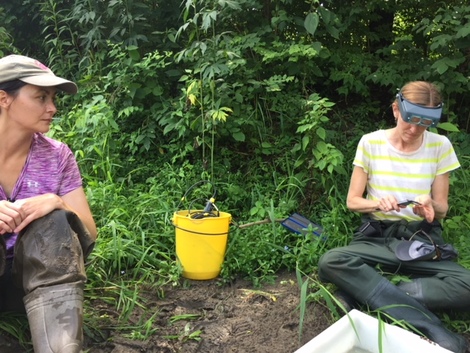 Jones and Wasik help catlogue data on the banks of Mill Creek.

The location on Mill Creek where the limestone shelf will be removed to fully connect it to the Cal-Sag Channel.