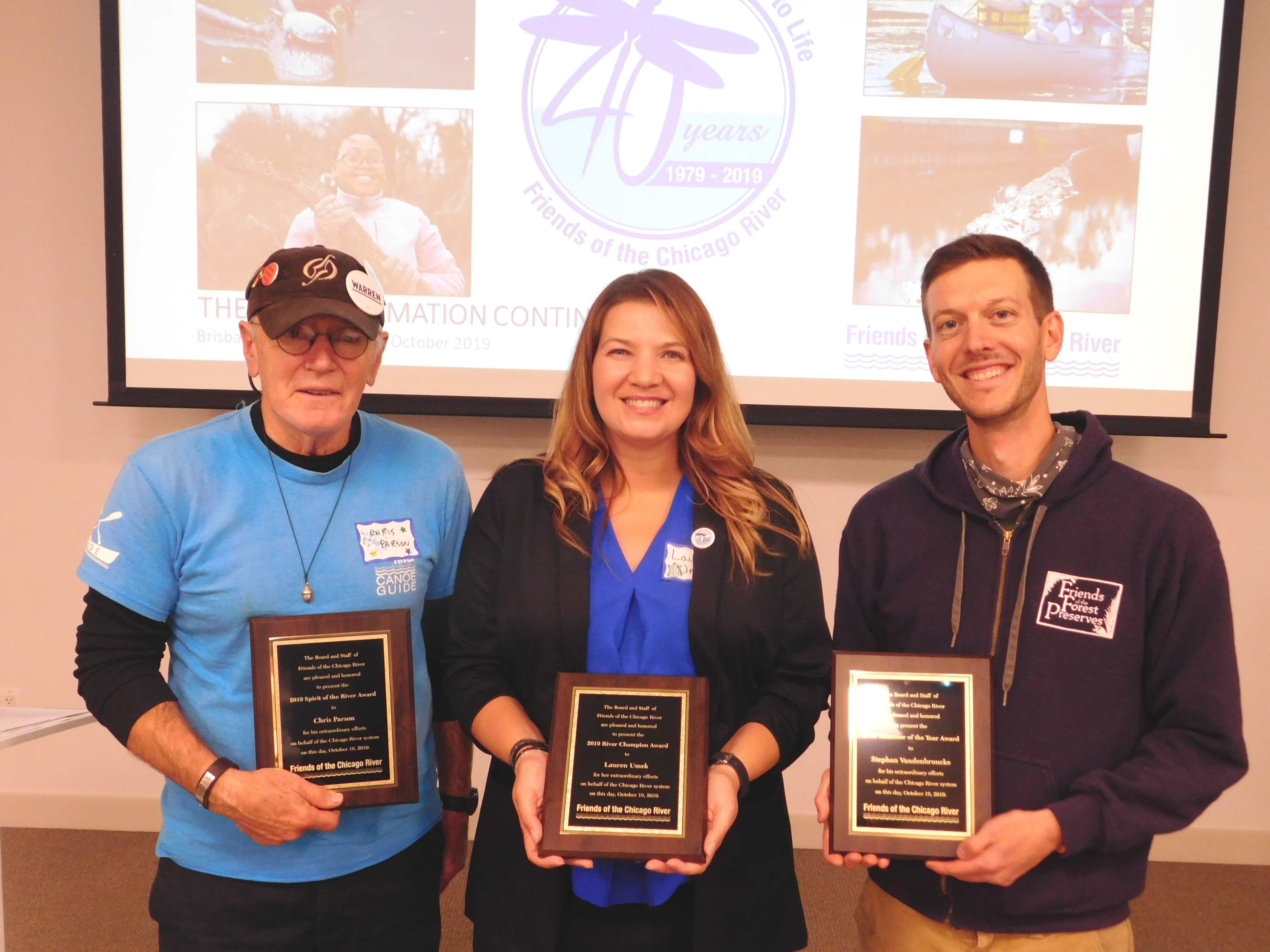 Recipients of Friends of the Chicago River's annual awards recognizing exceptional effort on behalf of the Chicago River system include a city park steward, a longtime canoe guide who has been instrumental in educating young people about the river, and a Chicago Park District biologist who served a key role in removing the North Branch dam.

The winners were announced at Friends annual meeting, held Oct. 16 at 300 N. LaSalle St. in Chicago.

"For 40 years, Friends of the Chicago River has relied on generous and devoted people to advance the mission of improving and protecting the waterway for people, plants and animals. This year's honorees are exceptional in their commitment to the Chicago River system and the region owes Chris, Lauren and Stephan a great debt of gratitude," said Friends Executive Director Margaret Frisbie. "Working together, we will have a river that is litter free, sewage free, alive with wildlife and people swimming." 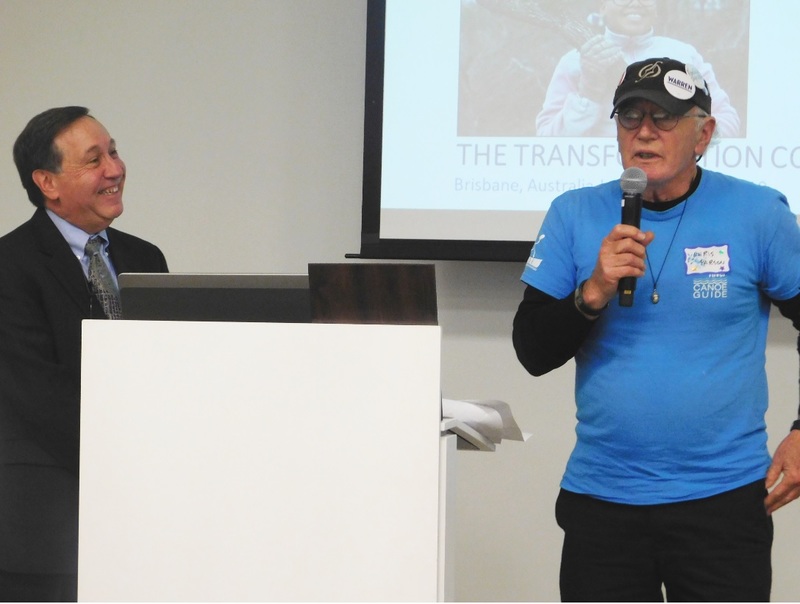 Spirit of the River: Chris Parson

"Chris personifies environmental stewardship in his every action and his joyful attitude, enthusiasm, and humor," said Friends' board member Daniel Loewenstein in announcing the award.

Parson said he became interested in rivers as a child when his fourth grade teacher showed him a map of how the creek in his yard was connected, ultimately, to the Illinois River, the Mississippi River, and the Gulf of Mexico. As a grad student he studied the Chicago River system "and I was smitten," he said.

"I am deeply honored and humbled. Thank you to Friends for giving me an outlet for my love of rivers," said Parson. 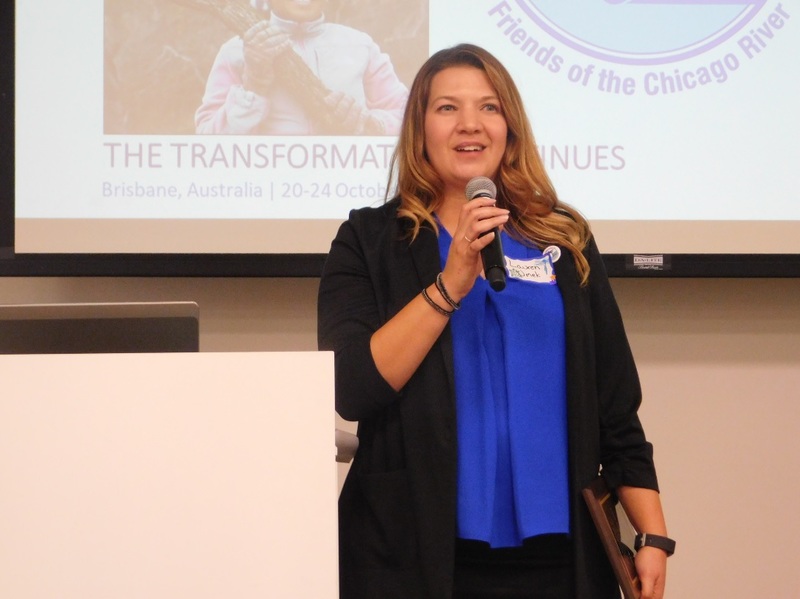 The River Champions award honors recipients for their extraordinary professional efforts on behalf of the Chicago River system. This year's winner is Lauren Umek, a Chicago Park District urban ecologist who was part of the team who worked to remove the North Branch Dam near River Park in 2018. Its removal will improve water quality and wildlife habitat, and expand fishing and recreational opportunities.

Of the long-fought effort to remove the dam, Umek told the gathering: "We did it. It's working. And it's very exciting." 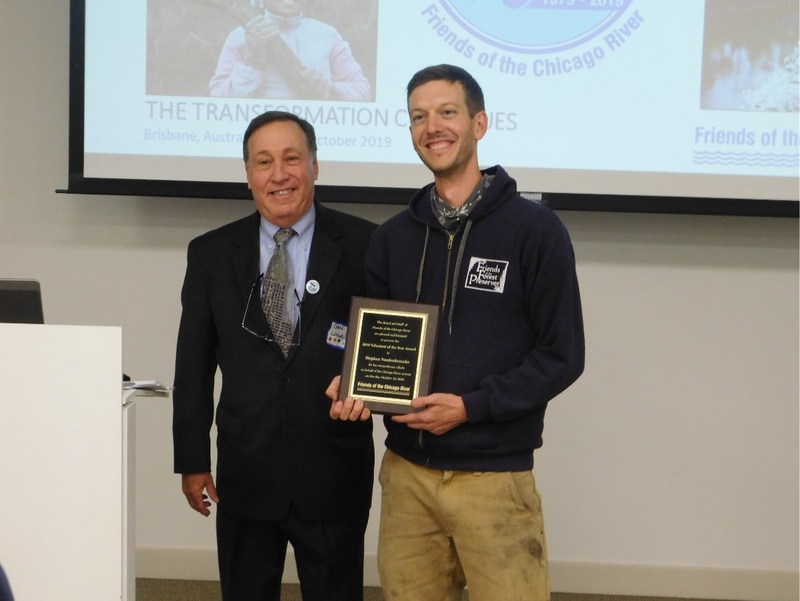 Friends of the Chicago River board member Daniel Loewenstein, left, with Stephan Vandenbroucke.

Volunteer of the Year: Stephan Vandenbroucke

Vandenbroucke spoke of how, after asking himself if he was "giving more or taking more" in his professional life, took a new job at Friends of the Forest Preserve as  a crew manager leading land restoration work as well as volunteering with Friends of the Chicago River.

"We are so lucky to have him part of our team. He is dedicated, smart and reliable and a complete pleasure to work with," said Loewenstein.

Thanks to Hines for its sponsorship of the annual meeting. Hines is a privately owned global real estate investment firm founded in 1957 with a presence in 219 cities in 23 countries.

More photos from the annual meeting below: 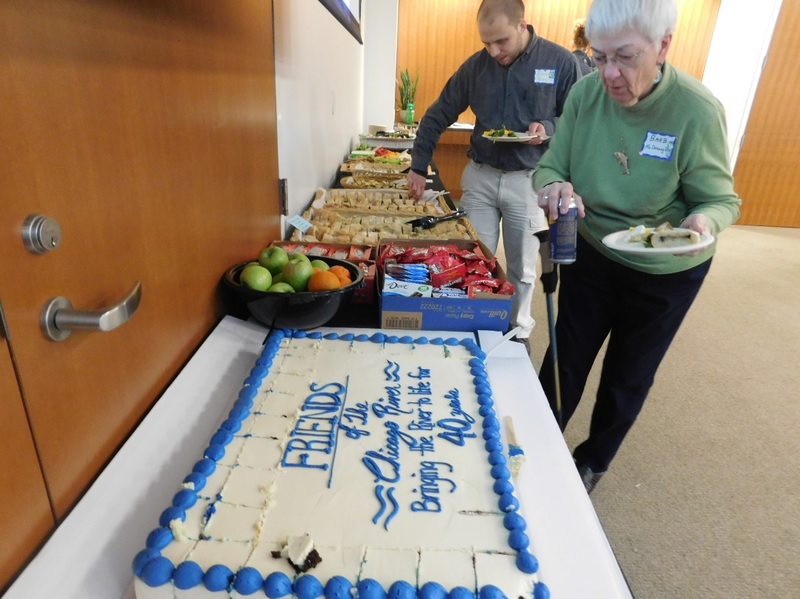 No one goes away from the annual meeting hungry... 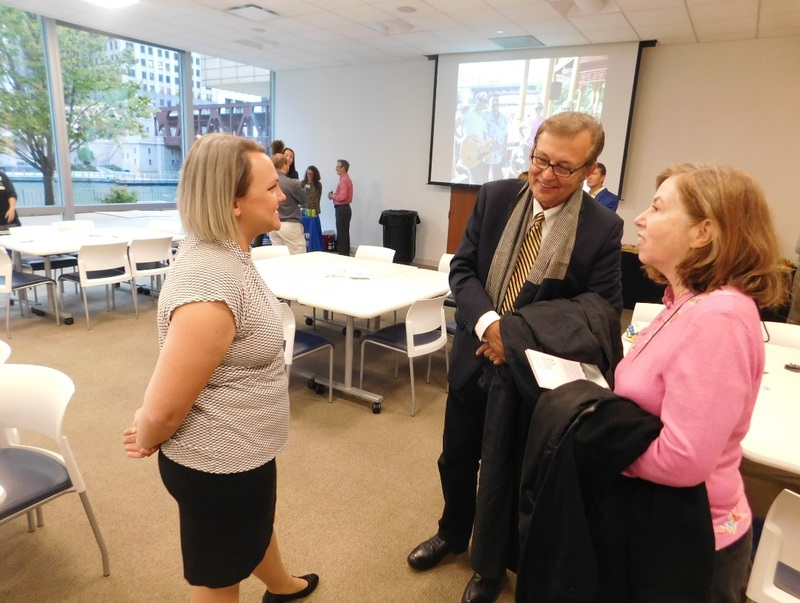 Attendees get a chance to ask Friends' staffers, such as Volunteer and Events Coordinator Annette Anderson, left, about the organization's work. 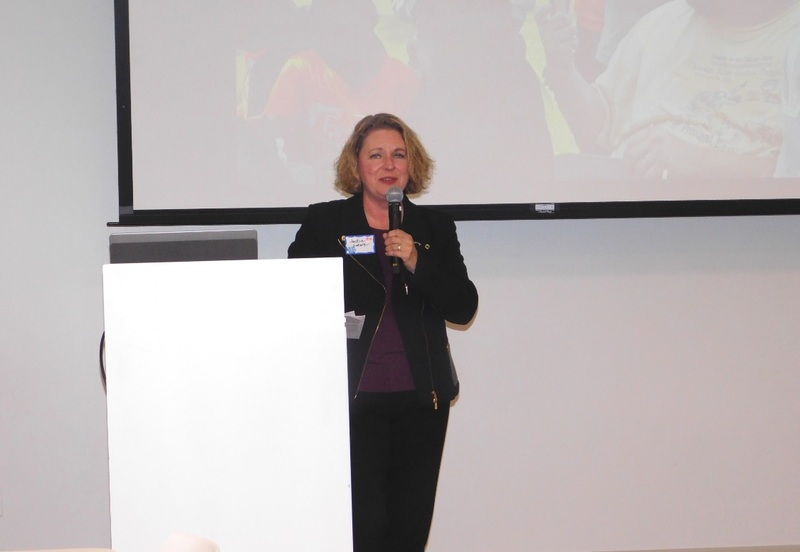 Friends of the Chicago River board secretary Jacqueline J. Loewe welcomes guests to the annual meeting. 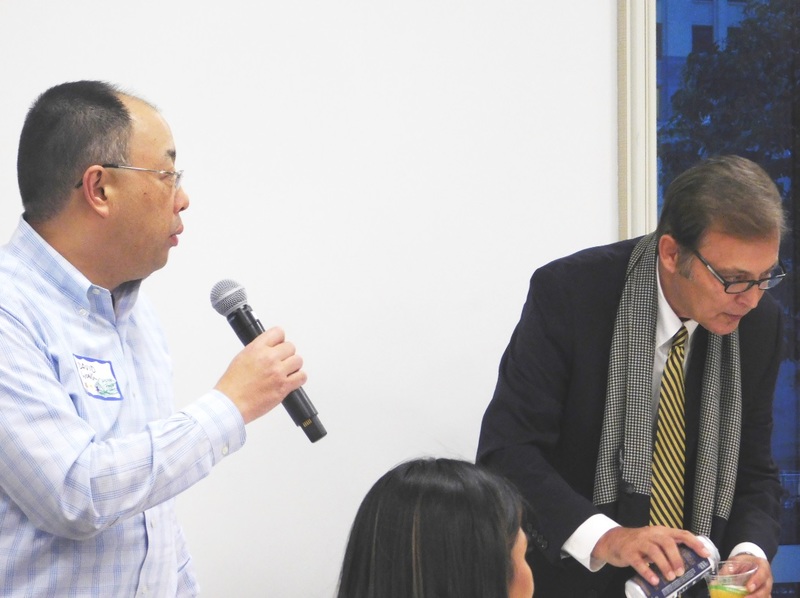 David M. Wong, who serves on Friends' board of directors, participates in a Q-and-A session. 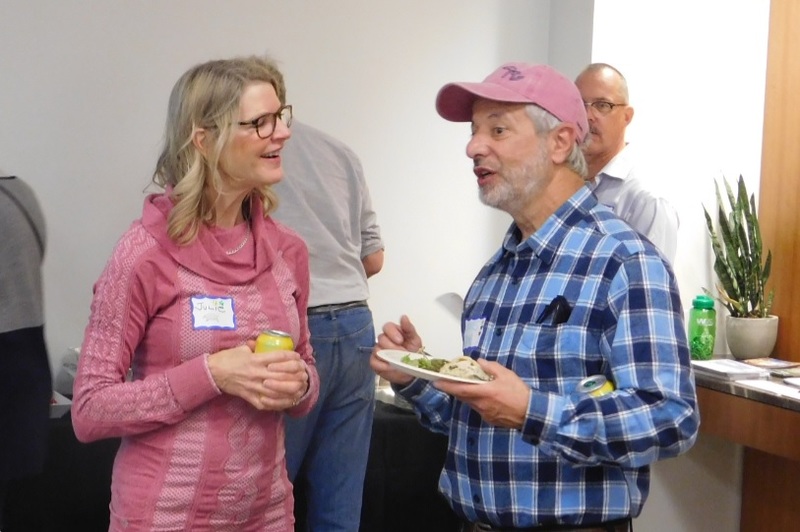 No better place in town to talk Chicago River! 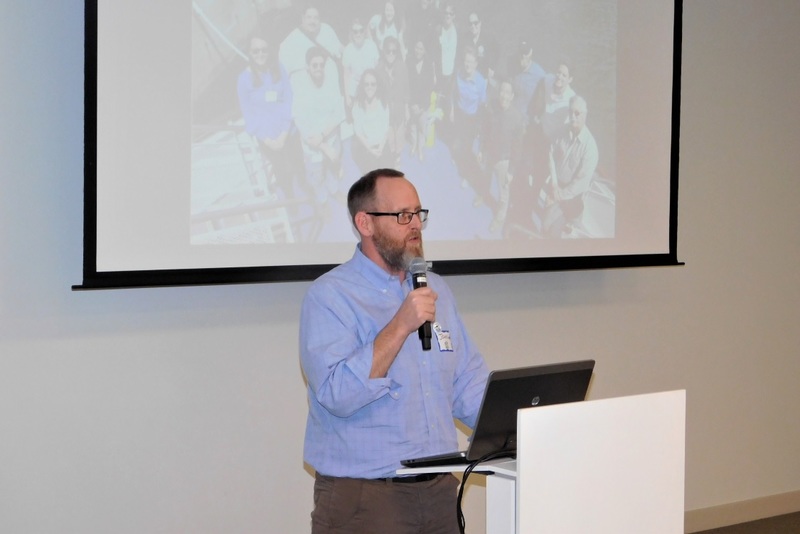 Friends Director of Watershed Management John Quail gave a presentation on the river prepared for the upcoming Thiess International Riverprize. 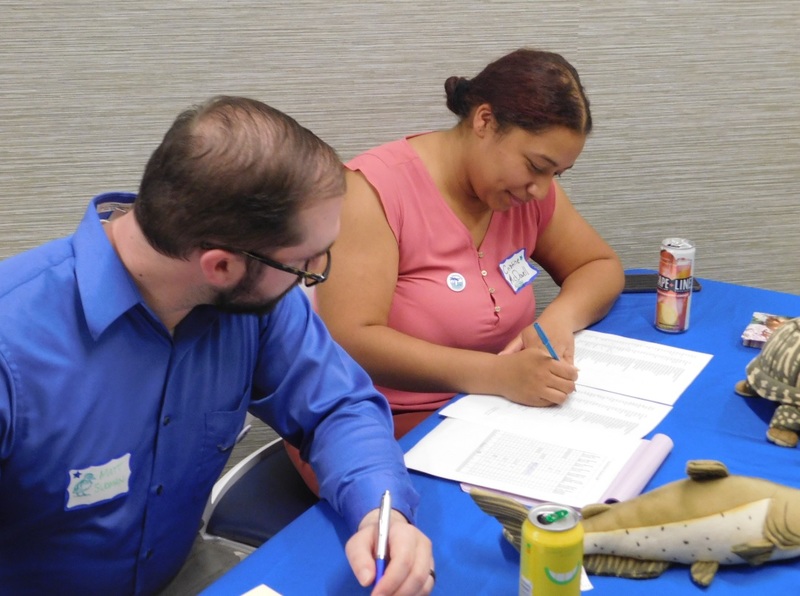 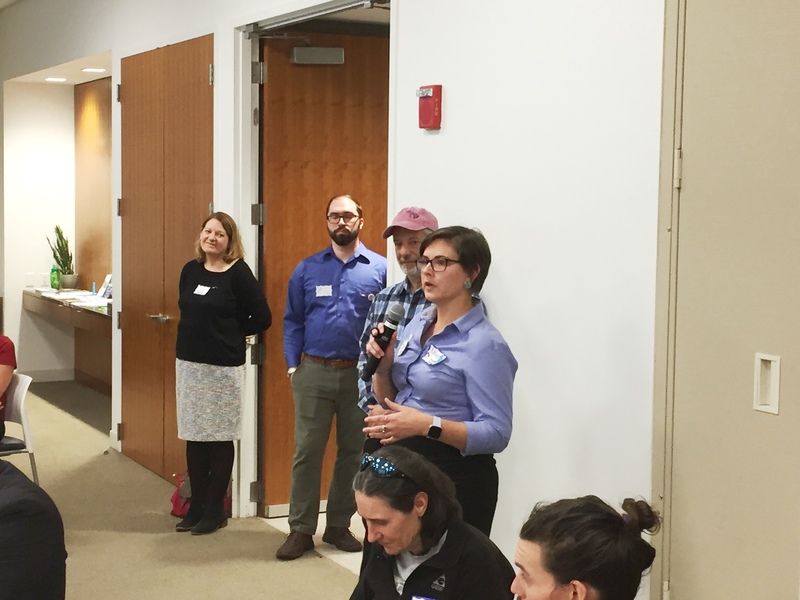 Louise Barrett, holding microphone, chairs the Friends Tributary Committee for emerging leaders. Click here for how to join this active group of young environmentalists working on behalf of the Chicago River system. 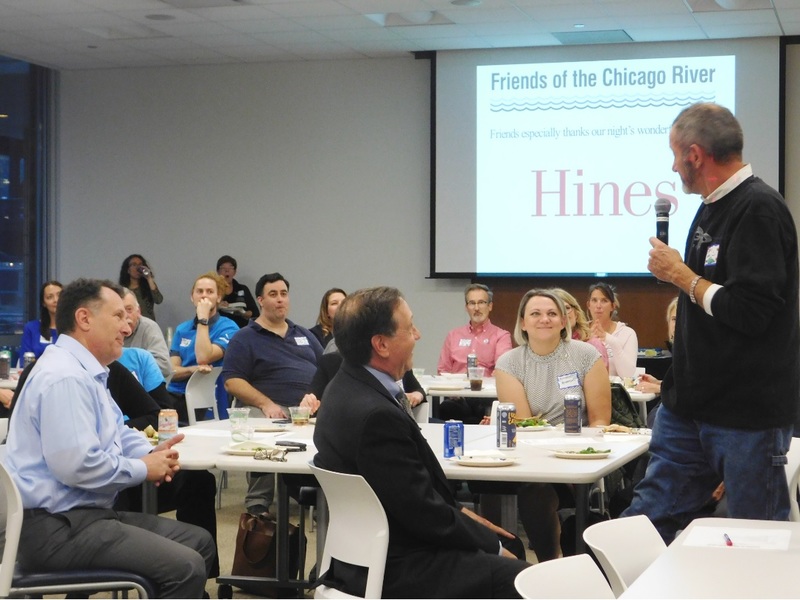 The annual meeting always draws a good crowd. For 40 years, we've been improving and protecting the Chicago River for people, plants, and animals. 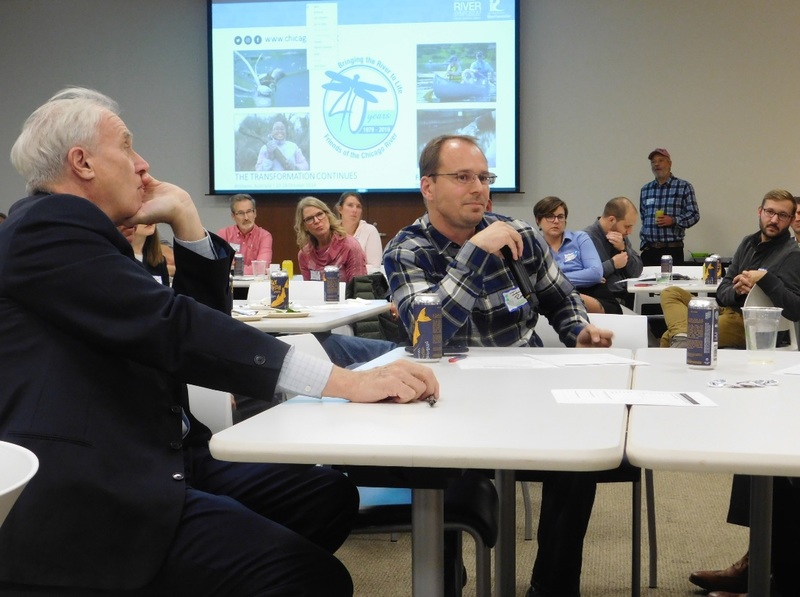 The annual meeting is only open to members, active volunteers, and donors. Why not become a member today? 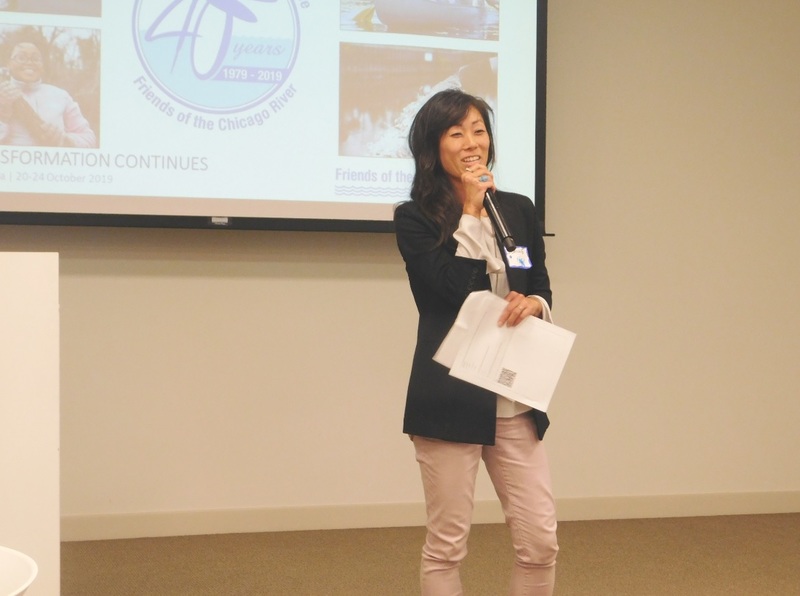 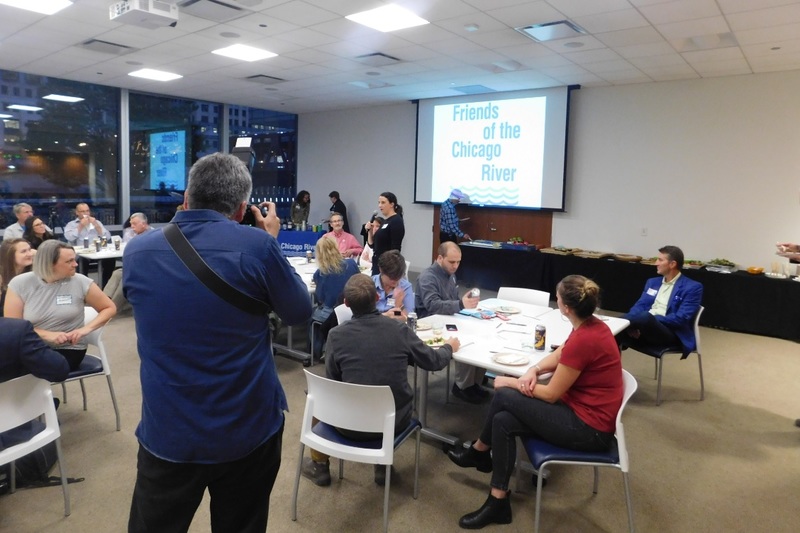