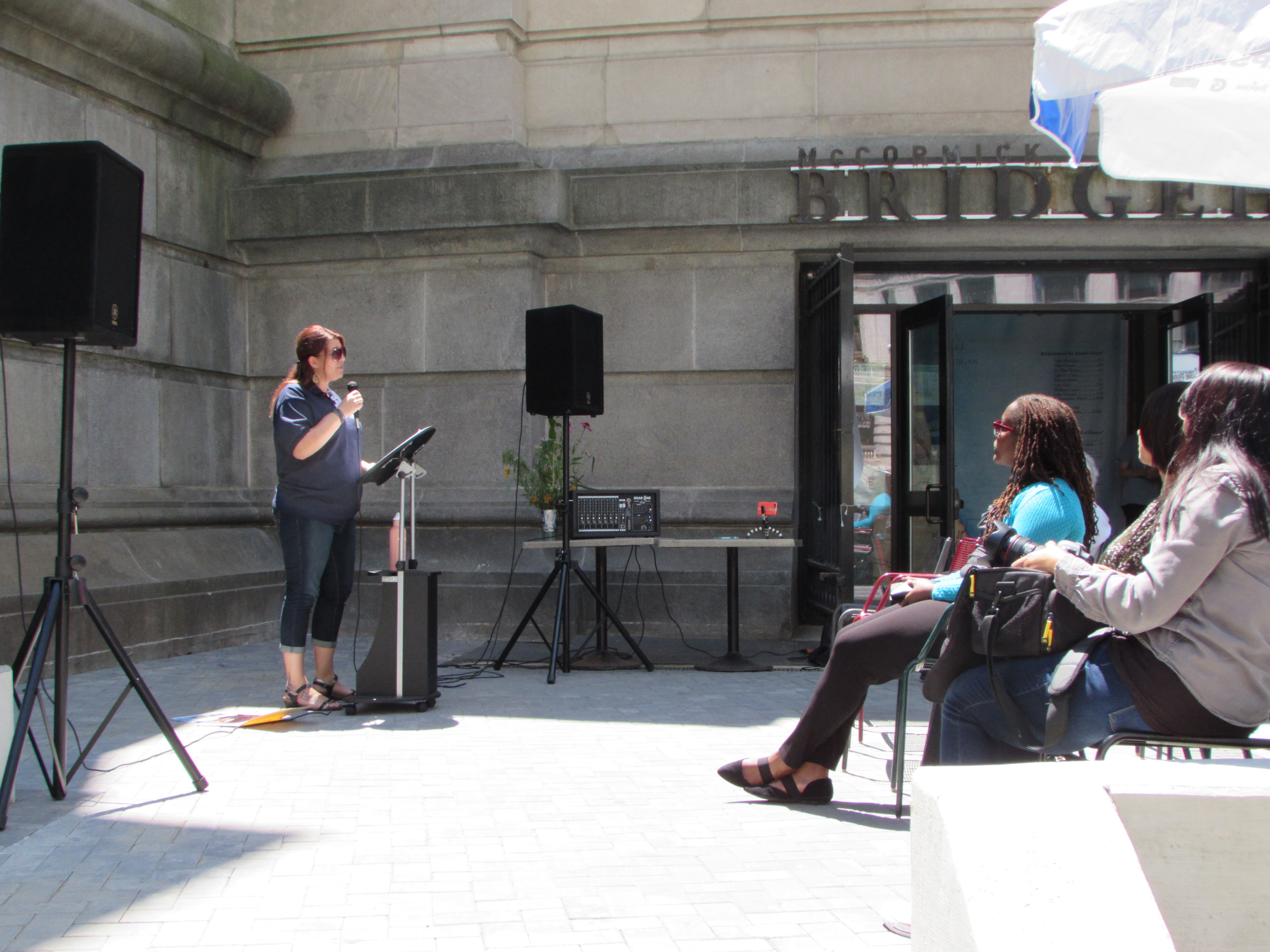 Once thought of as a modern marvel, the North Branch dam was removed last year after nearly 100 years at River Park. And nature is better off for it, one of the project’s key members told a crowd at the McCormick Bridgehouse & Chicago River Museum on July 22.

Lauren Umek, a Chicago Park District urban ecologist who holds a doctorate in plant biology and conservationist, was part of the team that worked to remove the dam in 2018. Installed in 1910, the concrete wall was initially installed to control the river’s flow as Lake Michigan water was added through the North Shore Channel.

Also working on the project was the U.S. Army Corps of Engineers and the Metropolitan Water Reclamation District. Umek noted at the museum’s weekly Lunchtime Lecture that as far back as 2000, Friends of the Chicago River was at the forefront of urging the dam's elimination to improve the waterway for people, plants and animals.

In 2006, Friends issued the influential North Branch Dam Fish Passage Alternatives Assessment Report  by Montgomery Watson Harza. That study examined fish habitat and river hydraulics and concluded that that the dam was a barrier to fish populations in the North Branch and that removal would benefit aquatic wildlife. Many of the findings from that study were incorporated in a major, 2016 U.S.Army Corps of Engineers environmental assessment of the waterway, River Riparian Connectivity & Habitat. Friends’ lobbying of Illinois Gov. Patrick Quinn helped win support for dam removal projects.

Destroying the dam with jackhammers and heavy-duty construction tools eliminated a four-foot barrier to paddlers and wildlife. Canoeists could portage around the dam but “if you’re a fish, four feet might as well have been 400 feet,” said Umek. “So this wall basically fragmented 20 miles of riverway. Now we know better.”

The Mars Wrigley Foundation presented the lecture and Umek was introduced by the foundation's executive director Anne Vela-Wagner.

Over the years, the dam created a 15-foot-deep hole at its base by the velocity of the water criashing downward.  But the object that helped create the “scour hole” was also used to help fix it. Some of the broken and crushed dam concrete were used to fill the gap, Umek explained. Some of the materials were used to build five riffle strips less than a foot tall.

This approach allows the fish to travel the river while also helping add oxygen to the water. 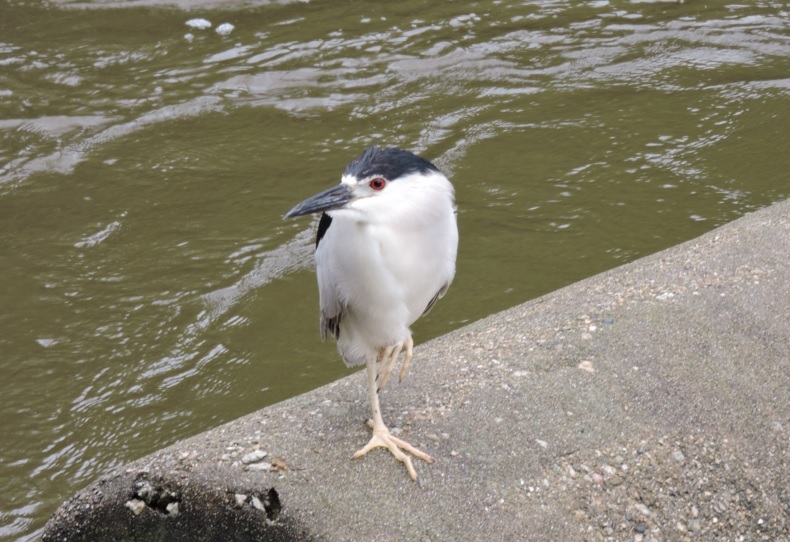 2. The black-crowned night herons are still around.

The dam created a “shooting-fish-in-a-barrel” situation for human fishermen and some widlife as aquatic wildlife was stopped by the barrier, she said. Black-crowned night herons, considered endangered by the state, found the dam to be a great place to hang around to fish.

Some worried that the birds would disappear once the dam was removed.But, said Umek,  “On any given day I’ll see about 15 of them."

“They used to sort of camp out right along the dam wall because the fishing was good right there. They’re still there; they’re just in different locations and adjacent trees. Fishing is still good. They just have to work a little harder,” she said. 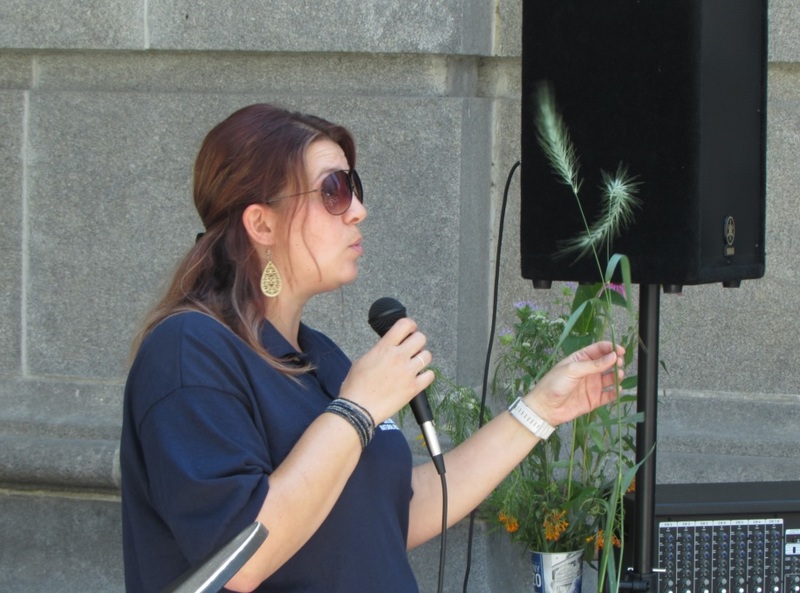 A invaluable plant in restoration work can be wild rye, Umek said. Even though some people may not find the grassy plants particularly attractive, ryes such as Virginia wild rye or Canada wild rye burn well play a key ingredient in controlled burns, she said.

“One of the things that’s key to restoring a lot of these ecosystems is fire,” Umek said. “These ryes do a very good job carrying a fire through.”

Fire can be used to combat invasive species and boost native plants. “Native species can handle fire well. In some cases they grow better. Some seeds won’t germinate unless they’ve been burned,” she said. “One of the key things when we start restoring is to make sure we can get a fire to burn." Rye helps.

Next week’s Lunchtime Lecture guest at the McCormick Bridgehouse & Chicago River Foundation Lnctime Lecture series, running from 12:15 p.m. to 12:45 p.m. is July 29. The guest speaker will be Mejay Gula of the School of the Art Institute of Chicago. An architect and lecturer, Gula curates the Tender House Project in which students develop new ways to use Chicago’s vacant bridgehouses.