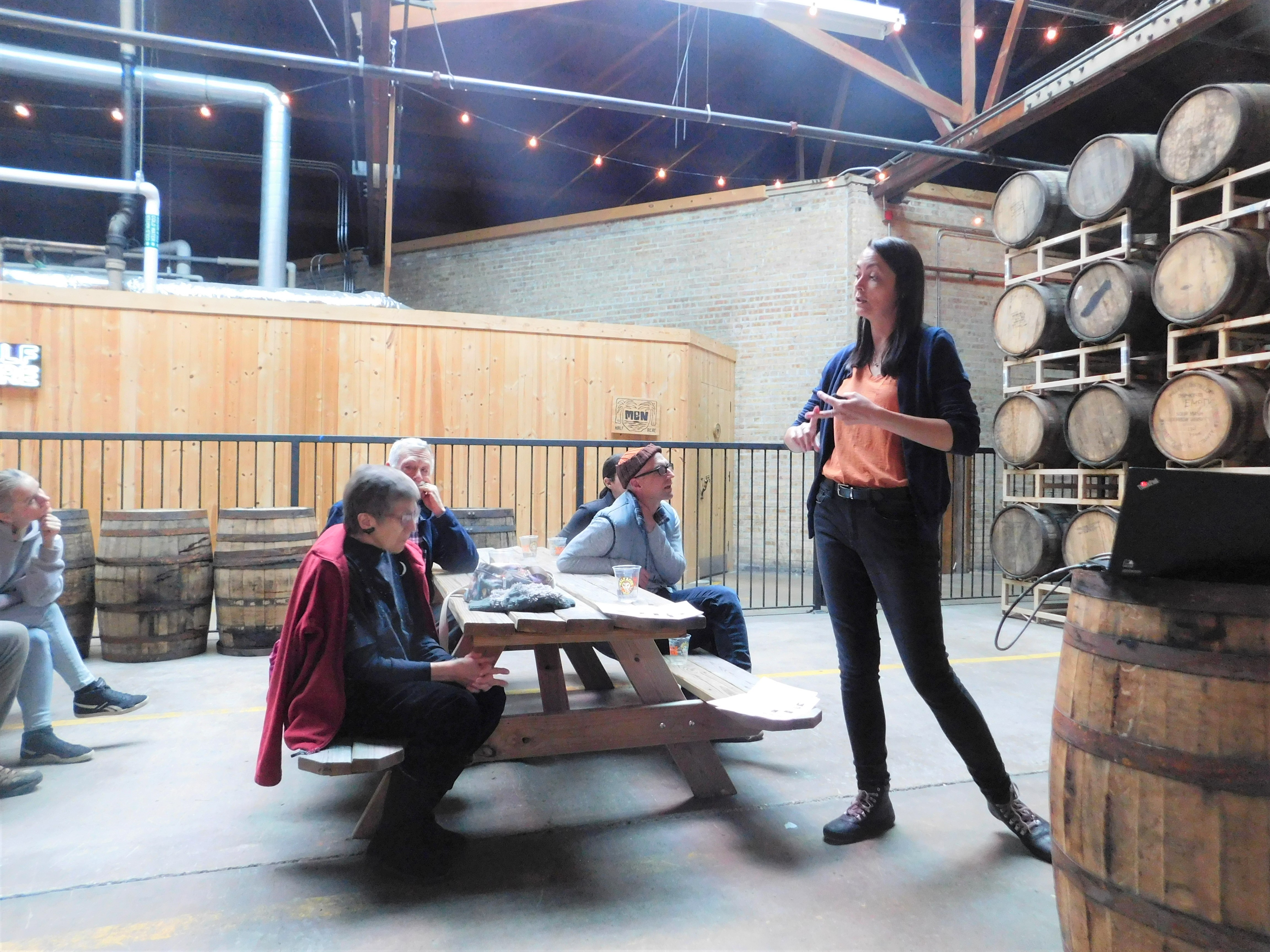 When it comes to bats, remember the three p’s: Pollinators. Propagators. Pest control.

Jones recently presented a talk at Half Acre Beer Co.’s Balmoral taproom on bats, explaining to the crowd  in fascinating detail the lives of bats, how they positively affect our lives, and Friends' efforts to help these flying mammals along the Chicago River system.

Like insects such as bees and butterflies, in some parts of the world bats transfer pollen in plants for reproduction. As pollinators, they play a key role in the production of agave (used to make tequila), mangos, and certain types of bananas.

As propagators, bats will consume fruit and either spit out the seeds or, as they fly,  will drop seeds to the ground through their digestive system, Jones explained. That helps in cacao, fig and black pepper production. Where land has been stripped due to agriculture, logging or ranching, bats’ propagation “play a vital role in building those systems back up again,” she said. 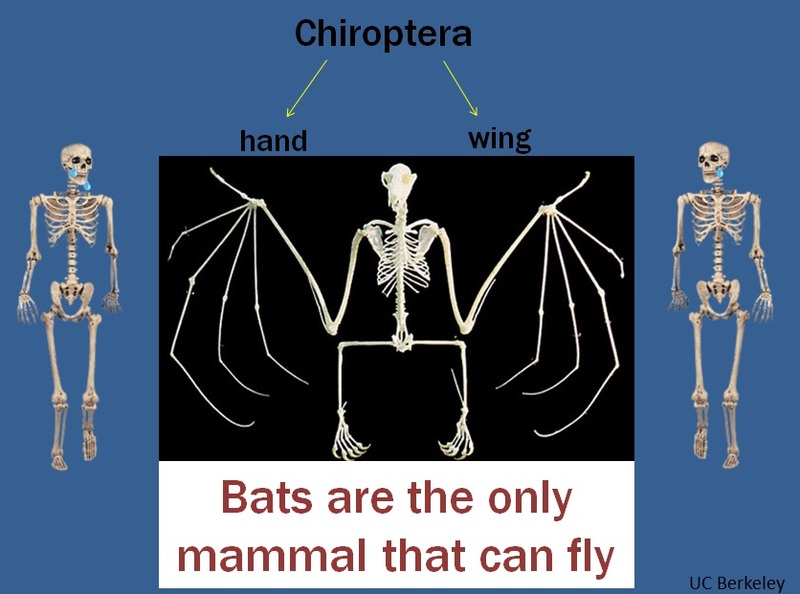 In the area of pest control, bats can eat half their weight in bugs one night, with nursing females eating more than their weight. “What’s great about this is it reduces the need for pesticides,” she said, a contribution worth billions of dollars globally. Beet, citrus, coffee, rice, tomato, cotton, corn, and strawberry production benefit from bats in this way. All bats in Illinois are insectivores.

Along the Chicago River system, Friends has erected bat nurseries in six Cook County Forest Preserve locations. Bats have limited habitat areas so these shelters provide a place for bats to roost and raise their young. These bat houses can shelter as many as 2,000 bats. (Video below.)

Friends helps monitor bats in partnership with the Illinois Bat Working Group. Equipped with a sound recording device, Friends’ staff and other volunteers  walk through forest preserves and parks digitally listening for bat activity. The echolocation calls of the bats are recorded and those acoustic files are then analyzed to identify individual bat species that are present. (There were a half dozen species found in the Chicago area in 2019.) Most bat species are experiencing a downward trend across Cook County.  Bat populations are being challenged by white-nose syndrome (a fungal disease),  habitat loss, and wind turbines. 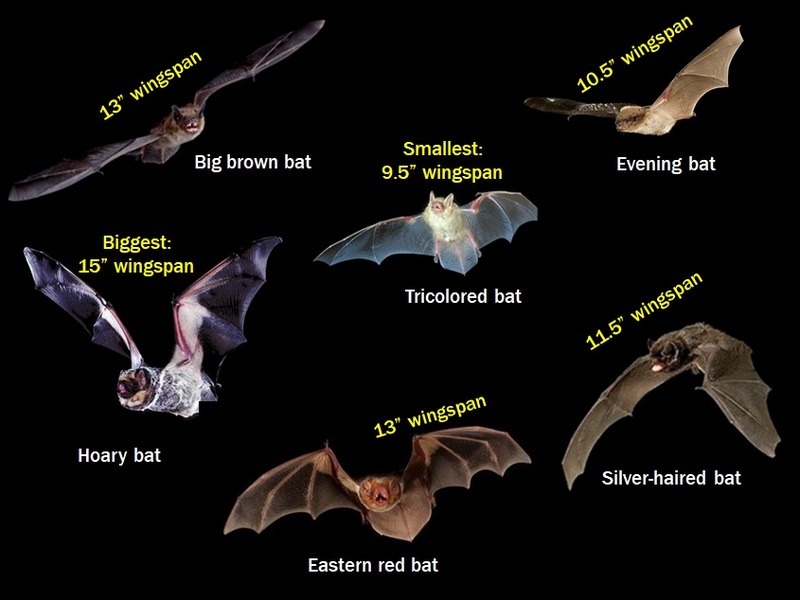 These bats can be found in the Chicago area.

Jones said people can help bats by planting native plants to support insect populations and volunteering with  land restoration work groups such as Centennial Volunteers, a Friends partnership who work in the forest preserves.

And, she said, folks can help combat the negative PR:  “There are a lot of good things about bats—tell other people about how important  they really are.” 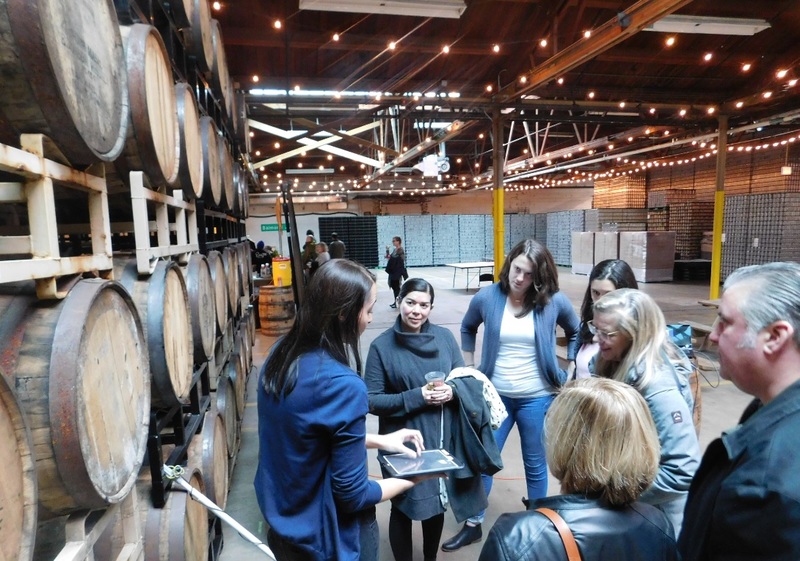 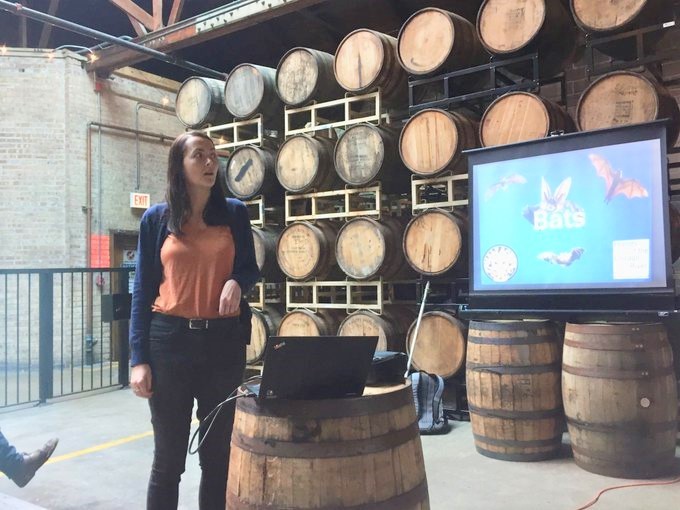 A great place for a presentation: among the barrels at Half Acre Beer Co.'s Balmoral location. 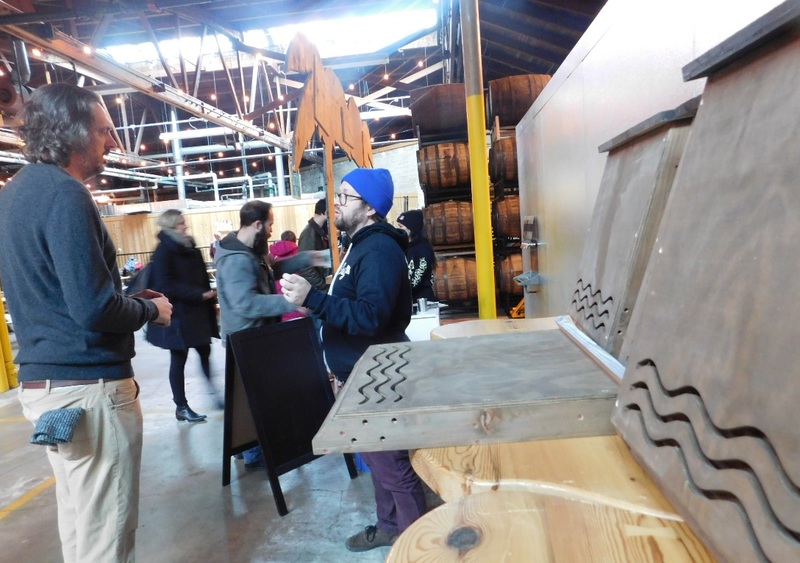 One way to help bats is to install places for them to live. Half Acre Build Co. sells bat boxes here.