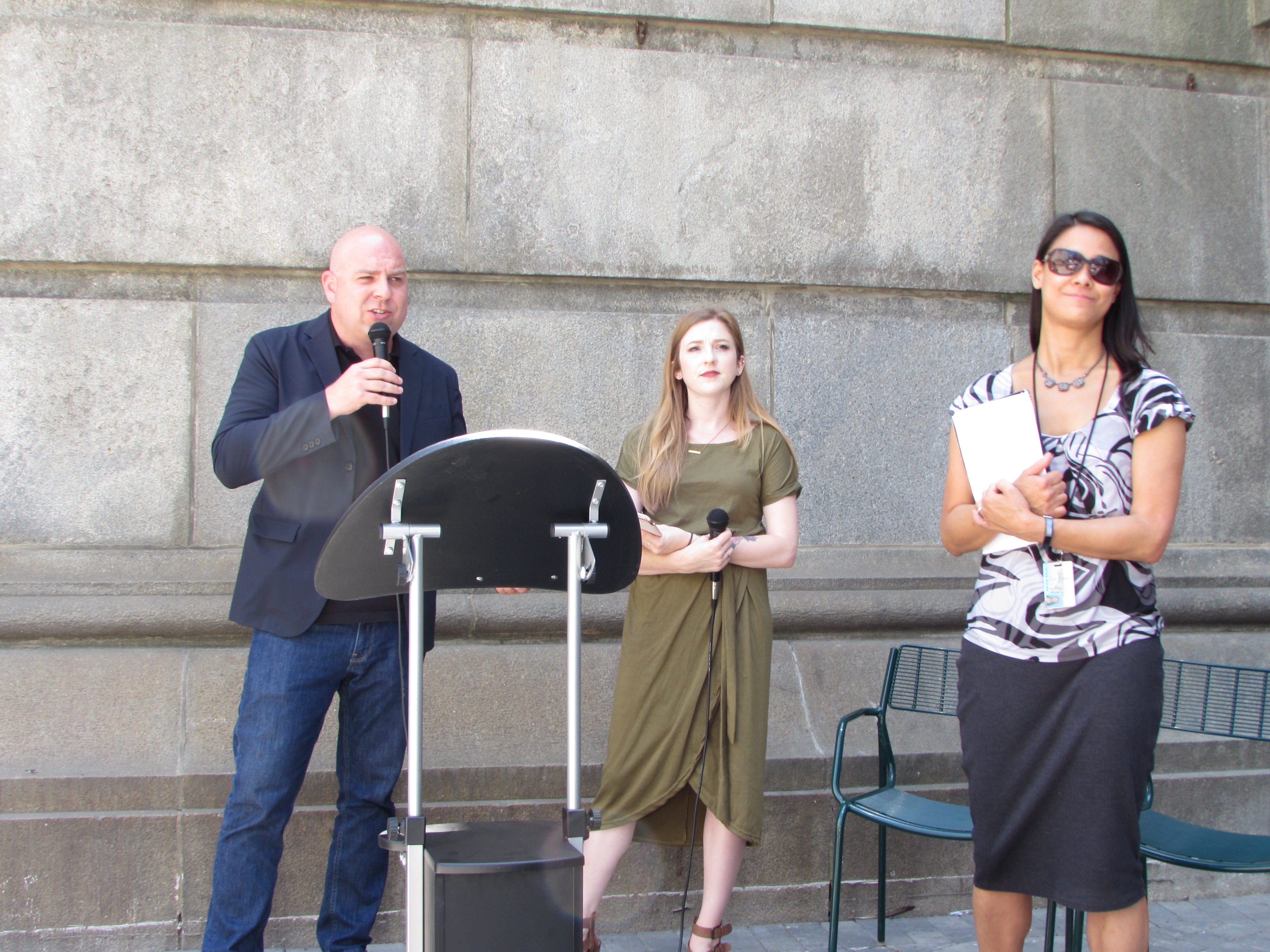 The City of Chicago has recognized the value of smart development of the river corridor. That recognition was the focus of our July 15 Lunchtime Lecture series “Reinvesting in Chicago’s Second Waterfront: The Chicago River Design Guidelines Update.” The speakers at the weekly event at our McCormick Bridgehouse & Chicago River Museum were Rob Reuland and Cassandra Rice of site design group ltd. and Cynthia Chan Roubik, assistant commissioner of the City of Chicago Department of Planning and Development. Site design group ltd. served as a consultant on the river design guidelines and received input from Friends of the Chicago River and other organizations to develop them with the city.

Here are three things you may not know about how riveredge development works in Chicago:

Adopted by the Chicago Plan Commission in January of 2019, the Chicago River Design Guidelines prescribe how properties along the Chicago River should be developed and improved “to create a more unified aesthetic, to enhance the natural environment, and to provide public access and recreational opportunities, while balancing the needs of active industrial uses critical to the City’s economy.” In most cases, new developments must be built at least 30 feet from the top of the river’s bank, include a trail with benches and provide public access. Developers also choose from menu items to further enhance the riverfront space.

The most recent update was of guidelines established in 2005. Those were refined to reflect the growing recreational use and appreciation of the river and incorporated ideas from the River Edge Ideas Lab that was part of the Chicago Architecture Biennial in 2015, including a survey of what people preferred for the river.

“What we learned was that people want to see a natural aesthetic along the river,” said Roubik. “Even though the river has been used historically as an industrial river, and it still is to an extent today, we wanted to see landscaping, trees, a natural edge.” The guidelines would “make sure developers knew what our baseline expectations would be for development along the river,” she said. In April, the city published a Chicago River Brand Standards and Guidelines to help people find their way, know the amenities, and help tie together public spaces through signage.  “We’ll be implementing it as new projects come online,” Roubik said. 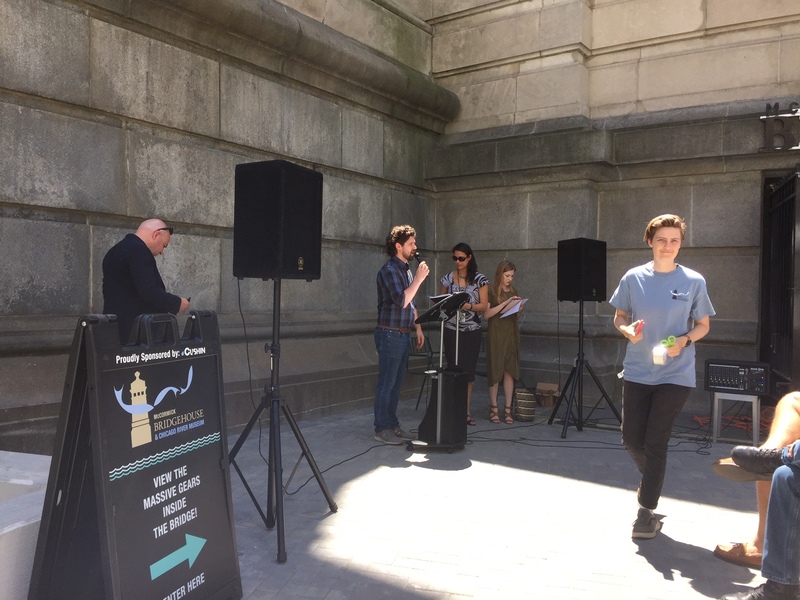 “The original design guidelines set a standard treatment for the entire city. That was one of the main complaints we always heard,” said Reuland. But the look and amenities of the Chicago Riverwalk downtown on the main branch “doesn’t necessarily belong up on the Far Northwest Side or the South Side along the south branch or in industrial areas.”

“You have to tailor what your expectations are. So we set up character zones to make the river a little more manageable from a design standpoint,” he said. Away from downtown the river “gets a little more rustic, slower paced, with less boat traffic [and] more canoers and paddlers so we stated talking about maybe we’re going to naturalize those edges, maybe a different path material,” he said.

Some areas away from downtown might be developed with separate paths for bicyclists, a menu item, said Rice. 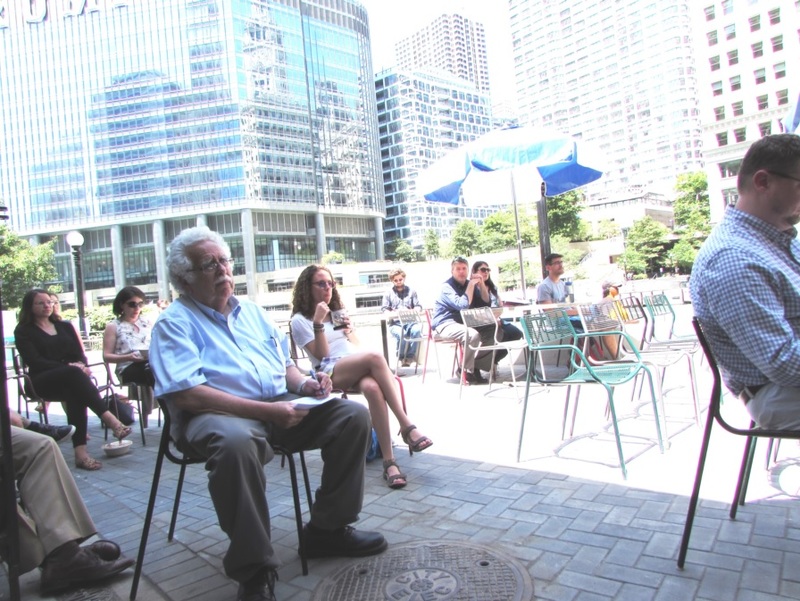 “Out of the River Ideas Lab we kept hearing nature, nature, nature: ‘We want naturalized areas, we want softer edges,’ ” said Reuland. “How do we naturalize this river’s edge? As you look up and down the main branch, it’s concrete wall, it’s steel and very vertical. The problem is, that causes a lot of issues with aquatic habitat. There’s not a lot of great places for fish and turtles to seek refuge or create nests.”

Trying to naturalize that edge has to be done “in a thoughtful way,” he said. “You can’t just say, ‘Right here we’re going to naturalize this little section and then have steel or concrete wall on either side. It’s not going to work from an engineering standpoint. We try to provide some guidance within the guidelines. Naturalization of the edge is going to be a key moving ahead.”

Naturalization is also necessary for stormwater management, he said. Noting the record spring rains and forecasts that global warming will increase the number of intense storms, Reuland said the Tunnel and Reservoir Program (TARP) will not be enough.

“How do we treat that stormwater before it enters the river? How we slow that down or how we get it infiltrated into the ground is extremely important,” he said in developing along the river. Encouraging stormwater best management practices, creating aquatic habitat and land restoration have to be part of the future, he said.

Commenting on the Chicago River Design Guidelines in an op-ed published by the Chicago Sun-Times in January, Friends’ Executive Director Margaret Frisbie said the guidelines update was good news.

"Embracing the Chicago River system as a natural resource, rather than a water feature or just a conduit to a stunning view of the city’s skyline, will provide wildlife with food, shelter, predator protection, and nesting areas. It will also promote biodiversity; improve climate resiliency; and reduce flooding, erosion, and the urban heat island effect, all while improving aesthetics, local economies, and quality of life for Chicago residents and visitors," Frisbie said. 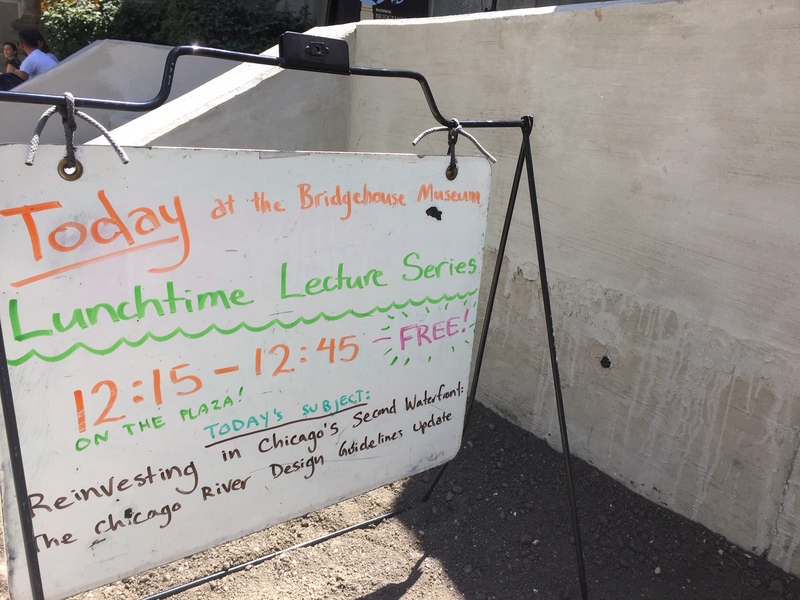