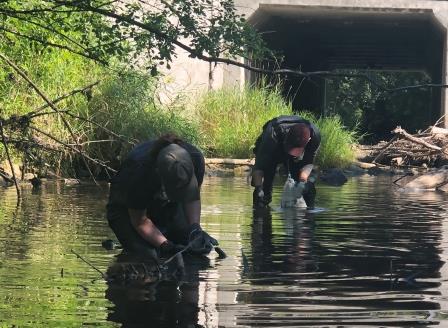 Aquatic biologists from the MWRD conduct a mussel survey in Mill Creek in August.
September 13, 2020

Fingernail clams from the Sphaeriidae family and a juvenile giant floater (Pyganodon grandis) were found by aquatic biologists and researchers from the Metropolitan Water Reclamation District of Greater Chicago (MWRD) who conducted the survey last month. Mussels are an indicator species of water quality and filter water as they feed and breathe. An important component of the food web, mussels may be prey to mammals, birds, reptiles, amphibians, crayfish, and fish.

This type of survey is valuable in demonstrating the improvements in the Chicago River system. 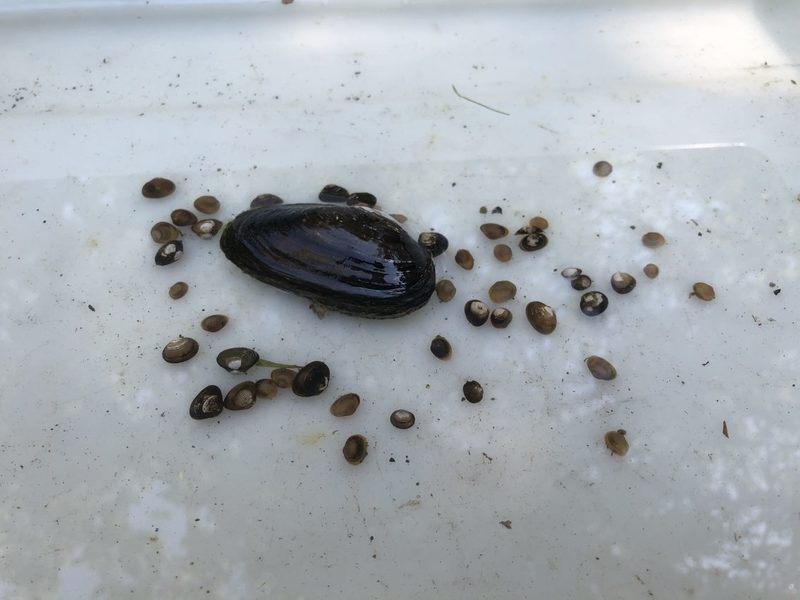 (above) Fingernail clams and giant floater. All were returned to the water.

Located in the Palos region of southwest Cook County, Mill Creek runs over two miles to the Cal-Sag Channel which connects the Little Calumet River to the Chicago Sanitary and Ship Canal, part of the Chicago River system.

Fish monitoring by Friends and our partners at IDNR and the Forest Preserves of Cook County in July 2019 established that five new species of fish had moved up into Mill Creek just months after the barriers were removed in a project lead by Friends and the IDNR. The new species join seven others that were previously located and represent some of about 17 species expected to colonize the creek over time.