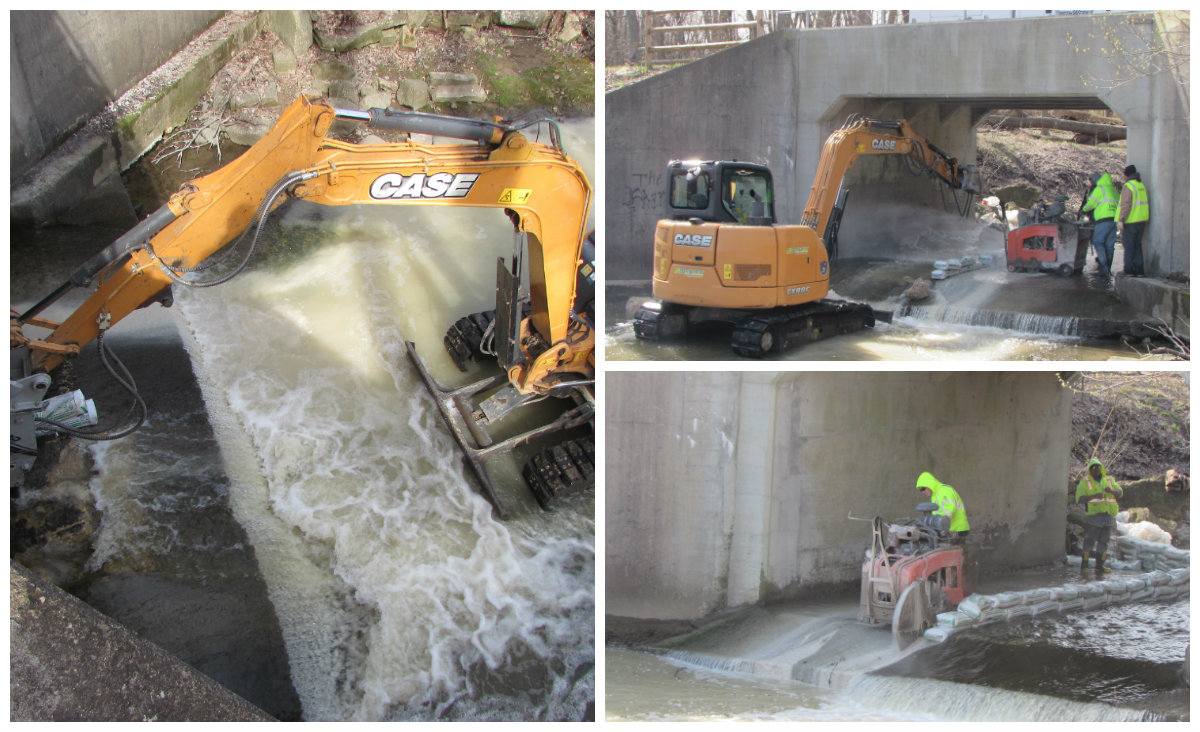 Friends of the Chicago River and the Illinois Department of Natural Resources (IDNR) have reconnected southwest suburban Mill Creek to the Cal-Sag Channel, reversing a nearly 100-year-old decision to separate the two waterways.

The effort, completed Wednesday, will reestablish access to a high quality creek that will provide excellent habitat for native fish and other aquatic life.

The nearly quarter million dollar project near Palos Hills removed limestone and concrete shelves which blocked passage from the Cal-Sag into the creek and adds naturalistic rock and pool formations that will enable fish to swim upstream. Due to the lack of connection, there are currently only five fish species found in two-and-a-half-mile Mill Creek, far below the expected number.

“These reconnection projects have been massively successful in other parts of the state,” said Margaret Frisbie, Friends’ executive director,  “and IDNR research shows that fish should move upstream almost immediately, bringing mussels with them, and the creek will start to teem with life again.”

When the 16-mile, man-made Cal-Sag Channel opened in 1922, engineers built it below the limestone at Mill Creek effectively blocking passage for most aquatic life. The Cal-Sag Channel connects the Little Calumet River to the Chicago Sanitary and Ship Canal, part of the Chicago River system.

Below is some video of the project, shot with a GoPro 6, a generous gift to Friends from the manufacturer.

The project is being funded by the Chi-Cal Rivers Fund. This public-private partnership works to restore the health, vitality and accessibility of the waterways in the Chicago and Calumet region by supporting habitat enhancement, green stormwater infrastructure, and public access improvements.

"We came in with a breaker to break up all the limestone shelf. We basically created a series of ripple pools that will step down to the river to create fish paths," said Jonathan Keopke, vice president and general manager of Encap Inc., a DeKalb-based environmental contracting company which worked on the Mill Creek project. Koepke said even before the project was completed he could see fish trying to make their way from the channel up the stream.

Much of Mill Creek is located in the Forest Preserves of Cook County. It runs through McClaughry Springs Forest Preserve before flowing into the Cal-Sag just east of Route 45 LaGrange Road on Forest Preserve property at about Mile Six of the Cal Sag Trail. Its headwaters are located near 126th St. and 90th Ave.

The Cal-Sag channel, the shortened name for "Calumet-Saganashkee Channel," is maintained at a depth of 20 feet.

A video of Koepke explaining the project can be viewed below:

August, 2018: You've Got To Crawl Before You Can Count: Mill Creek Mussel Survey

May, 2018: One Fish, Two Fish: Mill Creek Surveyed Ahead of Restoration Project

Here are some photos from the project shot by Friends' Conservation Programs Specialist Maggie Jones, who was integral in overseeing the project's success: 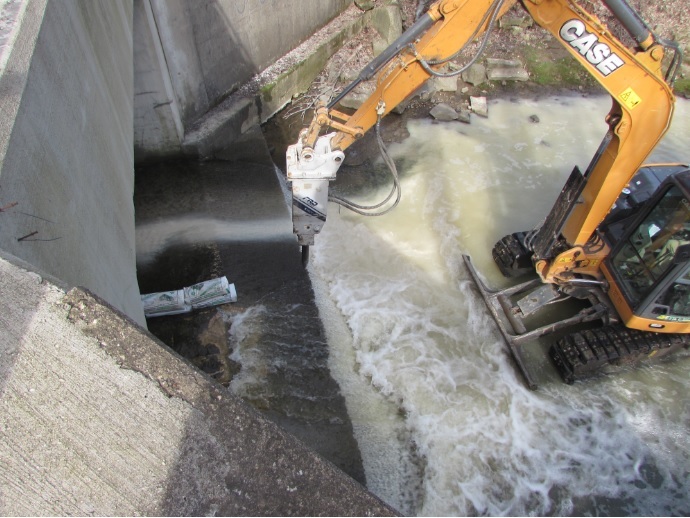 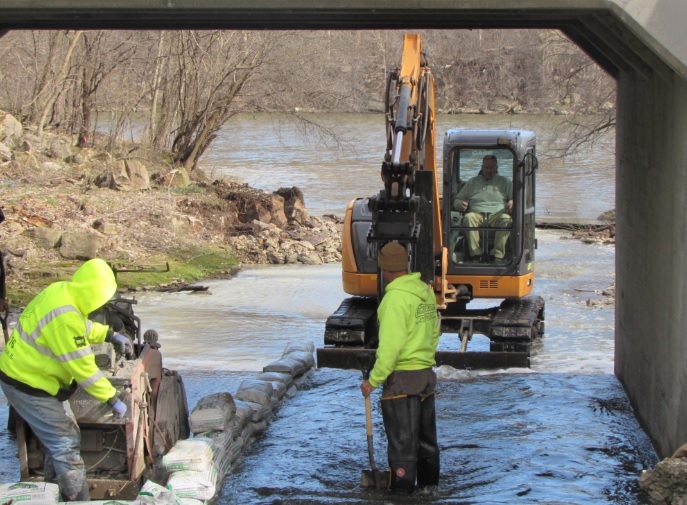 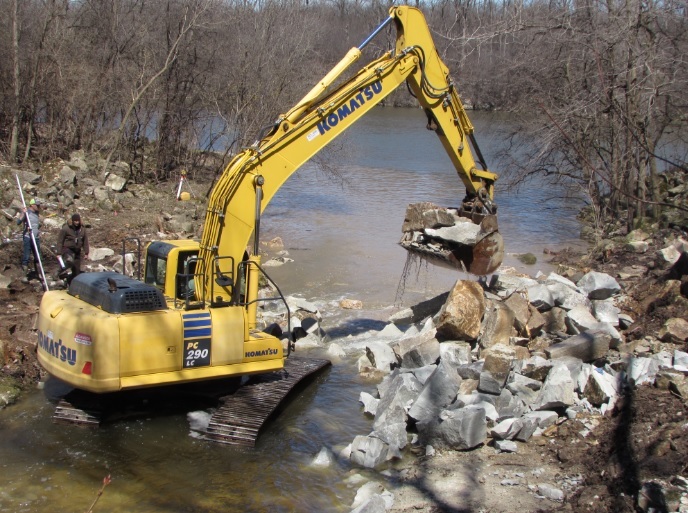 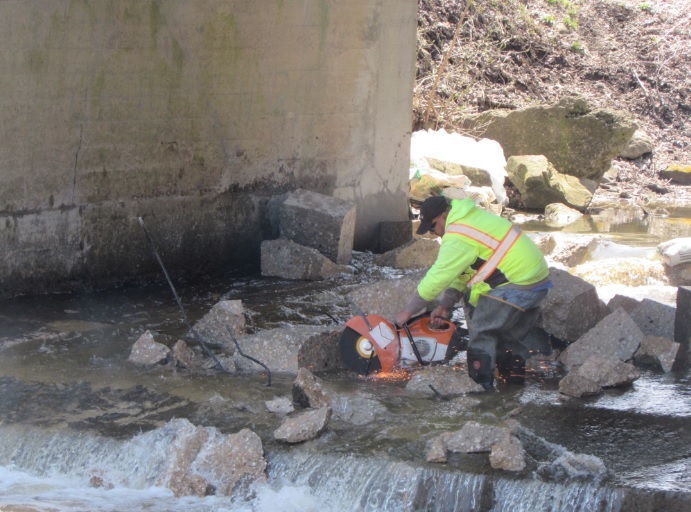 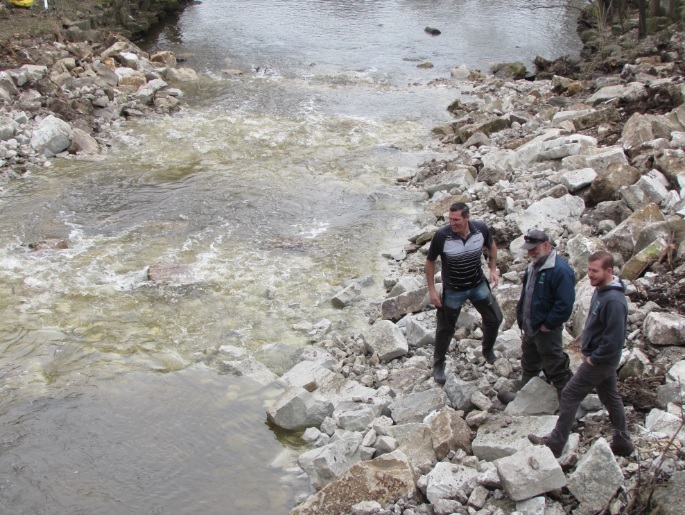 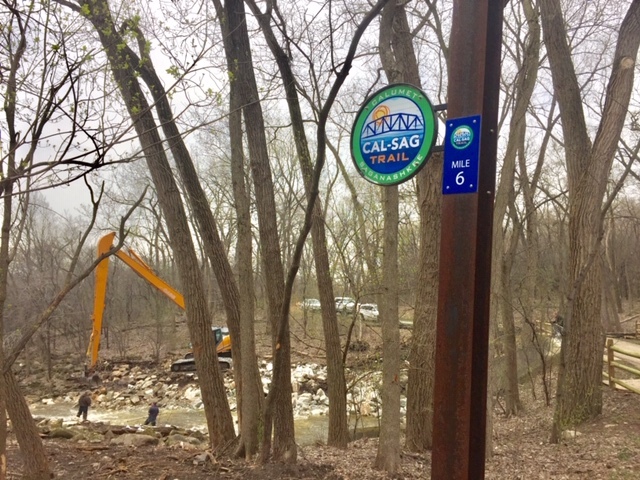 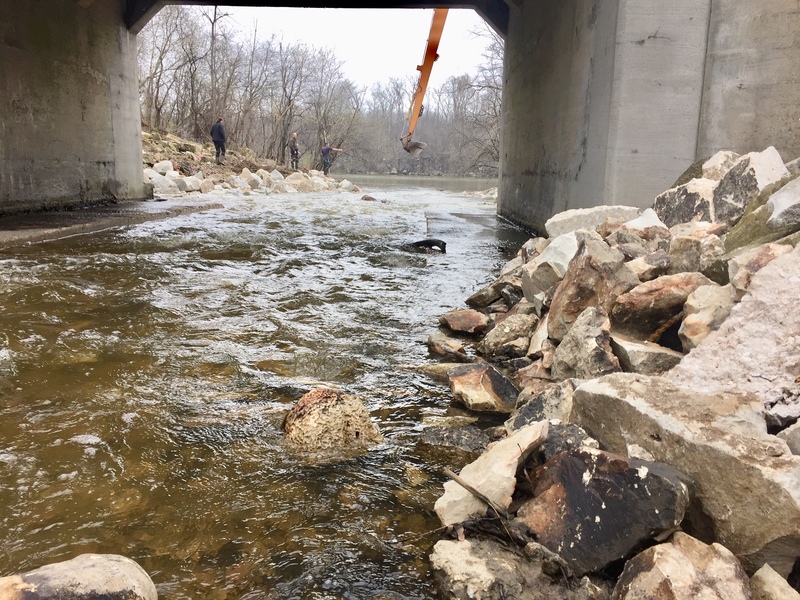